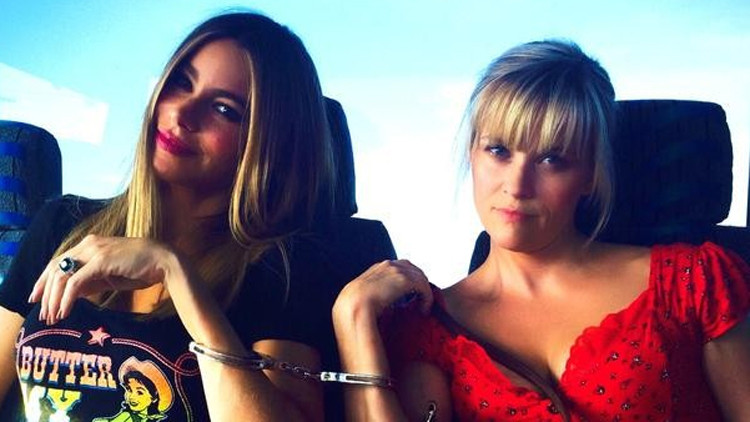 While most people go out to enjoy it, I’ll be spending as much time in the dark as ever, watching movies. And that’s how I like it.

I’m being a little facetious here: I am a sun worshipper, but while I’m out there I’m listening to movie podcasts and coming up with ideas for my own, Lens Me Your Ears.

Before we get to the new movies: Did you see last weekend’s big release, Avengers; Age of Ultron? Click on the title for my review.

Next Friday, May 15, another ginormous blockbuster arrives in cinemas, the long awaited Mad Max: Fury Road. For my look at the original Aussie post-apocalyptic road warrior trilogy from 30+ years back, go here. 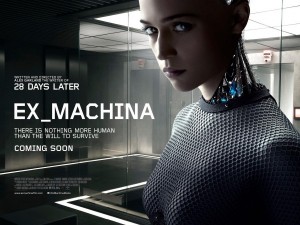 Opening at the Oxford, this science fiction tech-anxiety drama from British novelist-turned-screenwriter-turned-auteur Alex Garland is a stellar first effort. It’s the story of a computer wizard who invites his employee to interact with a robot he’s created, one who may be an artificial intelligence.

Check out my full review here.

I’ve gone on record as not being Reese Witherspoon’s biggest fan for her work as a lead performer, but I have plenty of respect for how she’s managed her career. A few years ago she started her own production company and began optioning book properties to bring to the big screen. She produced Gone Girl, and was wise enough to recognize that she was wrong for the role of Amy in David Fincher’s version of the film, even though Witherspoon originally saw herself in the part.

So, what gives, Reese? Why make Hot Pursuit, a movie that by most reports is a crappy, generic entertainment unit—a Hollywood Big Mac—when you have the option to spend your time doing better work? Who knows. Maybe a deal was made with Warner and MGM, Reese does this if they’d provide a home to one of her other projects.

Hollywood is a strange and mysterious place. 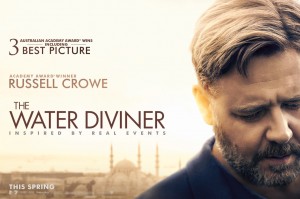 Russell Crowe gets a shot at being a director of this drama about a father who travels to Turkey, to Gallipoli, site of the famous First World War battle, to discover the fate of his three sons.

I’ve always liked Crowe as an onscreen presence, even when he’s made some odd decisions with his career. The question that usually comes up when a star gets behind the camera, and then chooses to take the lead role as well, is this: Are we getting a vanity project or something of quality? We’ll see.

Film Festival Alert: My former employer, The Coast, is hosting a Smart Phone Film Festival on June 19 at the new Central Library. If you’re a whiz with your pocket rectangle and want to submit your effort, you have until May 27. Go here for more details.