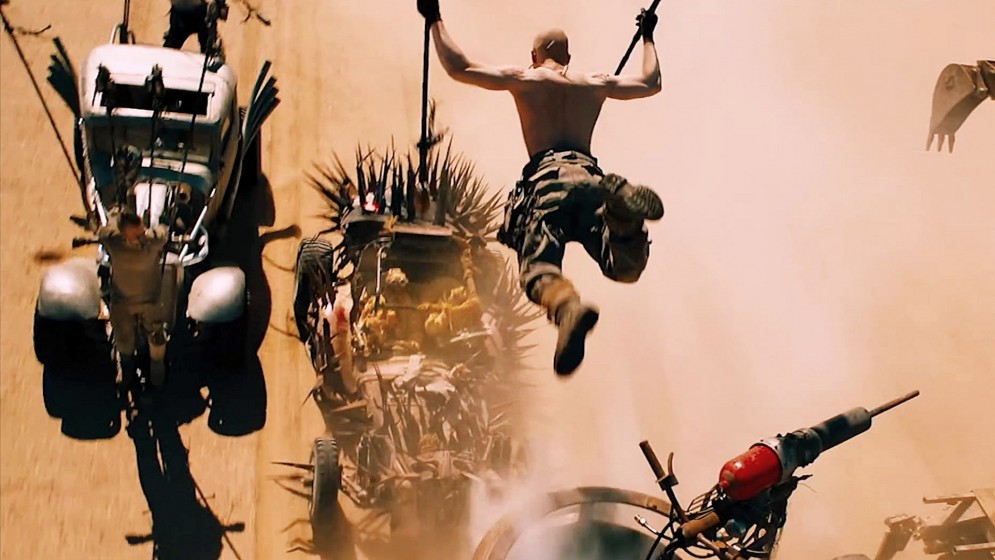 The clamour of positive notices for a movie is rarely this universal. So, don’t just take my word for it, do yourself a favour, go see Mad Max: Fury Road this weekend. Show Hollywood that these are the kinds of crazy, anarchic, wildly entertaining movies they need to be making. Far From The Madding Crowd

Ex Machina—which is still available to be seen at Park Lane, so make sure you do, if you haven’t already—is dislodged from The Oxford’s art house screen by this bit of springtime counter-programming, sure to please those folks who appreciate moody and literate romantic melodramas. Here are my thoughts on it. Weirdly, this movie is opening exclusively out in Dartmouth Crossing. That almost never happens. From writer-director Andrew Niccol, it’s maybe the first real drone warfare movie. It wrestles with the issue, but delivers more of a lecture than a story.  My review is here. I know the first Pitch Perfect was a surprise hit, helping launch Anna Kendrick’s career as America’s top acting/singing double whammy. I saw about 20 minutes of it on a plane, so I can’t say I’m really clued in, but I know it’s about a cappella singers, and I know that cast member Elizabeth Banks stepped behind the camera for the second film, which is the kind of thing I love to see. Promoting from within and all that. An Indian period crime drama, set in 1960s Bombay, starring Ranbir Kapoor and directed by Anurag Kashyap. I gather it’s a bit of an epic, one that was edited by Martin Scorcese’s preferred cutter Thelma Schoonmaker.