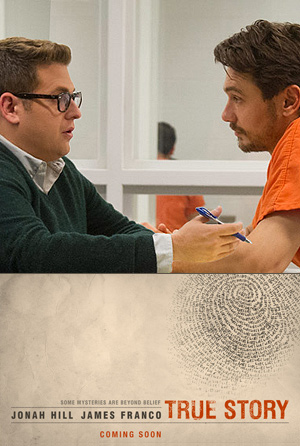 Directed by Rupert Goold, Written by Goold and David Kajganich from the book by Michael Finkel

Back in 2002, a New York Times Magazine writer named Mike Finkel got caught in a professional lie—he invented a character for a magazine cover story. Reeling from that career-killing event, he got a call about a guy named Christian Longo, an Oregonian who’d been charged with the murder of his wife and three kids. The reason he got the call was because Longo, while on the run in Mexico, had borrowed Finkel’s identity.

What followed was a series of conversations between the alleged murderer and the disgraced journalist. Finkel went to meet the man in jail, finding in Longo a fan—someone who followed Finkel’s career ups and downs. A friendship of sorts was struck.

Finkel figured Longo was his ticket back to his livelihood, maybe a true crime book—his own In Cold Blood. Which is exactly what happened. Longo had his own intentions.

The Capote connections are implicit in the film version, and more than once I thought of the two cinematic versions of Truman Capote’s investigation that resulted in his famous book, the excellent Capote and only slightly less excellent Infamous, both about the time the eccentric, city-slicker writer headed out to the gloomy midwest, exploiting or being exploited by an accused killer. The big difference is those movies were intriguing translations of a true story, where this is an ill-advised vanity project called True Story. 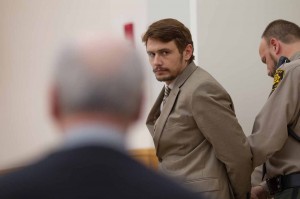 For starters, Jonah Hill entirely fails to convince as a top long form storyteller, someone good enough to be employed, repeatedly, at the Times. He just doesn’t project the kind of intellect or passion for words required for the character.  While he’s not bad at cockiness and vulnerability,  his two basic character traits, I was never convinced of this guy’s credentials. This is part a performance issue, but it’s mostly a problem with the words the script puts in his mouth. 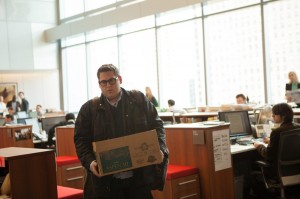 And then there’s James Franco, with whom Hill has shared the screen recently in This Is The End. He does have a certain underlying menace, but I don’t get the sense this is a complicated, multifaceted individual. I won’t say what waits at the end of this picture, but I never once thought his character was innocent, and for this movie to work there has to be some measure of doubt in that department. Are we supposed to locate sympathy in him, or is he just your garden variety homicidal sleaze? I found he was entirely the latter.

Hill and Franco must have figured this material would suit them, give them a chance to exercise their dramatic chops, but neither are up to it, which makes the whole movie feel self-indulgent. It’s as if we’re watching the chums at an acting workshop playing alternative versions of themselves, the way they did in the apocalyptic comedy mentioned above, except this time we’re not in on the joke.

To compound matters, the combination of deceit and desperation in both of the leads leave the audience without a protagonist to care about. The takeaway is a tale of mediocre American evil and commonplace professional failure.

And it’s not as if the rest of this picture is problem free. You know you’re in trouble when it takes until the third act before a key relationship in the film makes any real sense. The magnetic Felicity Jones is Jill, Finkel’s girlfriend, but their romance is so vague and underserved by the script or the actors I kept forgetting they were involved. I was half convinced she’s actually his sister for portions of the picture. Jones gets one good scene with Franco, justifying her presence, but otherwise haunts the movie like the ghost of a better realized character. 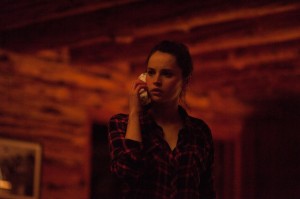 The look of the film I liked, and Goold, in his first feature, manages the pacing and chilliness a crime picture of this sort needs. I also enjoyed that he found a part for the chronically underappreciated Gretchen Mol.

But if your leads and script don’t deliver, the movie’s DOA.