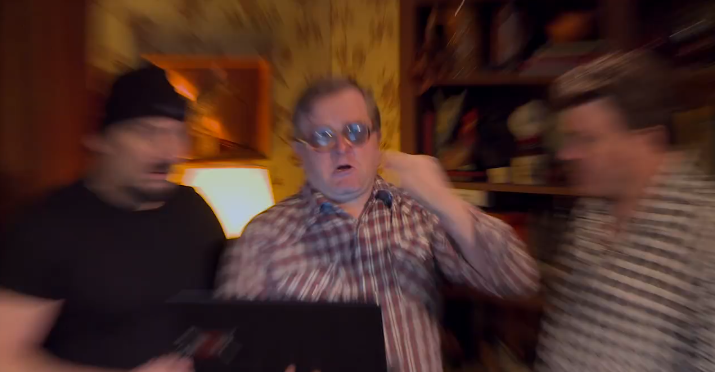 Why am I not surprised?

Every time the government looks to make some cuts, benefits to the creative community are the first things on the chopping block. The idea of these cuts is usually suggested by a finance minister who doesn’t really understand how the funding works in the first place.

Halifaxbloggers.ca head cheese Brenden Sommerhalder has explained it all quite deftly in a post on his blog, Halifax Love/Hate. You can read it over here.

Let’s get real: If you consider every time a film or TV series crews up and shoots on location in Nova Scotia, a small army of employed professionals and technicians gathers. That army needs to be funded, but it also creates profit.

As Finance Minister Diana Whalen frets over how much these credits “cost” the government, the benefit actually helps put much more investment into the local economy, not just in direct employment for film people, but for all the other ancillary industries too, including sound studios, equipment rentals, vehicles, and hotels.

It doesn’t actually cost the government ANYTHING—it’s just that the Liberals are calculating the money they’d hypothetically earn from taxes these film companies aren’t paying at the moment. Given that the companies and their productions would likely not exist without the tax benefit, their calculations are entirely flawed.

But this is old hat, this argument. It’s been made over and over for years. After all the times the film industry has had to explain this—with all the accompanying evidence in hard numbers—and the tax benefits are still being reconsidered? The short-sightedness of politicos of all stripes makes my head hurt. They have the attention-span of goldfish.

In 2015, no one should have to explain these facts. It should just be understood. Tax credits to film companies creates jobs and sustains a vital industry while benefiting many others.

If you want your voice to be heard on this issue, these fellas from Sunnyvale will tell you how to go about doing that.

(I love the irony that the Trailer Park Boys have become the most visible and well-known representatives of this province, nationally and internationally. As it should be. )