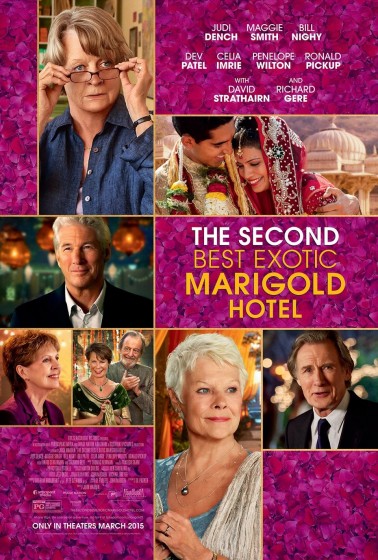 Directed by John Madden, written by Madden and Ol Parker

If you’re a big fan of The Best Exotic Marigold Hotel, I would be lying if I told you the sequel doesn’t deliver more of what made the first one a hit: A wonderful group of talented, mostly British actors working through a predictable script about second chances late in life, set in a gorgous-looking, moving tourist brochure of Rajasthan. Those things are still here and they still work their considerable magic.

But within that are a pile of stereotypes that seem more egregious this time around, a heavier emphasis on that discomfiting feeling of colonialist Raj nostalgia, and a more tiresome obviousness in the script.

We’re back at the crumbling hotel in Jaipur where these ex-pats have set up house, including Douglas (Bill Nighy) and Evelyn (Judi Dench), who, despite their considerable age and experience, seem unable to consummate their attraction to one another, seemingly due to their restrained Britishness. There’s Mrs. Donnelly (Maggie Smith), helping run the place and offering her typical acerbic commentary while continuing to struggle with, in secret, her own health issues.

Then we have Madge (Celia Imrie) and Ronald (Norman Cousins), who’ve both hooked up with people since the last movie, but are both having the kind of ridiculous problems that seem more the feature of undercooked screenplay subplots of Carry On Up The Ganges than anything resembling reality. 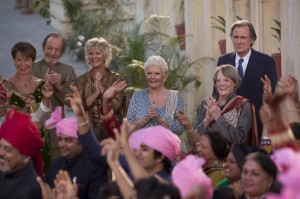 And, at the centre of this sequel, Dev Patel’s Sonny—dreaming of expanding his hotel into an empire and ignoring the pleas of his fiance,  Sunaina (Tina Desai), to focus on planning their wedding and work on his dance rehearsals. He’s comically jealous of Sunaina’s brother’s rich friend, and generally even more of a caricature than in the last movie—the fast-talking, sycophantic, and not-too-bright Indian fellow. He feels like a cartoon.

In fact, the only Indian character granted nearly the complexity of any of the white folks is Sonny’s mother (Lillete Dubey), who takes a shine to Guy, Richard Gere’s would-be novelist who may or may not be a hotel inspector assessing the possibility of investment in Sonny’s hotel expansion scheme. 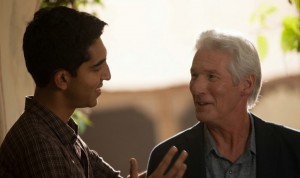 But, as I said with the first one, it may be a bit churlish to call out this kind of a movie for these tropes. It’s arguable director Madden, who returns to his “property”, is  just committing more fully to them—a bit of broad farce here, some OTT characterizations there, sprinkle in a few jokes about aging that, over the course of a long two hours, curdle into heartstring-plucking drama and hard-won wisdom about life, with the fate of every thread telegraphed from the opening reel, and the audience goes home feeling fuzzy. The first picture felt like it touched upon issues around aging with real sensitivity, and I missed that this time.

Which is what it is. This second adventure isn’t without its incidental benefits, most of which have to do with how it looks, contrasting heavily with the icy tundra in which we live here in Canada. I did my best to enjoy the gorgeous, idealized imagery of Jaipur and just let it happen.