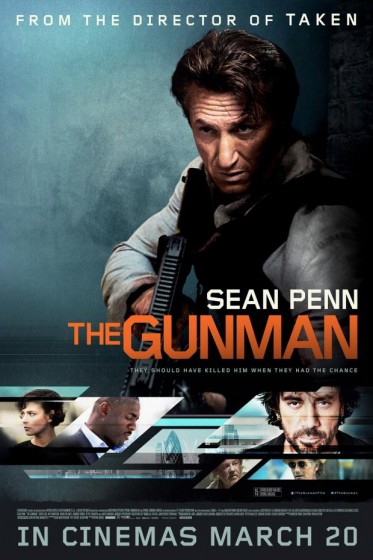 Directed by Pierre Morel, Written by Don MacPherson, Pete Travis, from a the novel The Prone Gunman by Jean-Patrick Manchette

Spy thrillers arrive on a spectrum.  At one end the flashy James Bond, and at the other the more cerebral Tinker Tailor Soldier Spy—the Brits do them better than anyone. The Gunman is much closer to the 007 end of that scale, with a little geopolitical import and a dash of grit from tough guy movies of the 60s and 70s—years ago it would have been James Coburn, Richard Burton, and maybe Lee Marvin starring in this thing.

I’m a total sucker for this kind of material—elaborate, opaque plotting, international locations, and deft, high-impact action—and will forgive these movies a lot of cliche when they’re executed with verve. It definitely is here.

At the same time, I can’t deny this about The Gunman: this plot is boilerplate spygamin’ stuff.  There’s not a lot of surprises when old alliances are betrayed for big bucks and everyone has a not-so-hidden dagger they want to stick in someone else’s back. 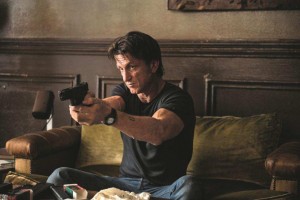 Sean Penn is Jimmy Terrier, contract security working overseas for the highest bidder, a former special forces dude who’s a gifted sniper. Warren Zevon sung songs about characters like this—one of those guys who goes off to the tougher corners of the world to kill people for a living. Usually they’re depicted as desperate, rage-filled men of a certain age, like Liam Neeson in director Morel’s 2008 film, Taken.

Terrier is a guy with specialized skills who’s bit more repentant than most.  After he fulfills a contract in Congo in 2006, he splits the continent, leaving true love Annie (Jasmine Trinca) behind. Eight years later he’s full of regret for the work he did and the woman he left behind.

He’s back in West Africa digging wells for an NGO, trying to make up for the life of killing, when three guys come at him looking for payback. He figures this has something to do with the bad old days, so he gets on a plane to London—there’s the UK connection—looking up his grizzled pals, including Cox (Mark Rylance, typically authentic) and Stanley (the forever charismatic Ray Winstone).

From there, Terrier finds his way to Barcelona, where, natch’, his old sweetheart has hooked up with another mutual chum, Felix (Javier Bardem). At this point, Terrier’s starting to piece together who’s after him, and before long the bullets start to fly.

It’s a good thing the filmmakers drew a supporting cast as potent as this, because I’m sorry to say that in the lead Penn is at his most beige. He’s functional: convincing in the physical, which is a big part of what’s required, but his on-screen sense of danger, so effortless in films such as The Secret Life of Walter Mitty, Mystic River, or even Dead Man Walking, feels strangely wan and insubstantial here. He’s supposed to have a temper and be a bit out of control, and I didn’t buy it. Check out the Idris Elba cameo, and how much more magnetic that guy is in his five minutes of screen time. 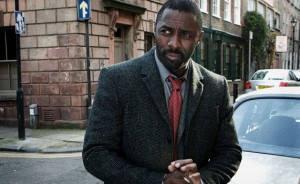 Then there are parts of the film where we’re supposed to believe the uncontrollable passion between Jimmy and Jasmine that’s lasted despite betrayal and years apart, but the romantic stuff is unconvincing. Furthermore, Terrier has a medical thing that serves no plot function beside making him more vulnerable in high stress moments, but that feels contrived. And, speaking of contrivances, there’s one that hinges on Terrier being an amateur videographer, which isn’t justified at all, only convenient.

So, given all those heavy criticisms, it’s a good thing the plot conjunctions that do make sense arrive in swift and satisfying ways, and Morel has a talent for both the suspense and the action sequences. There’s a takedown of multiple targets in a sprawling home in Spain that’s pretty damn satisfying, for example, and two assassins get what’s coming to them thanks to the tactical use of an urban IED.

And in the end, when the bad men have killed the badder men, I left the cinema with some satisfaction. This isn’t the best thriller in theatres right now (that would be ’71), nor is it even the best-hired-killer-finds-redemption picture (that would be Liam Neeson in Run All Night), but The Gunman hit a bullseye on enough of the genre targets that it works for me.