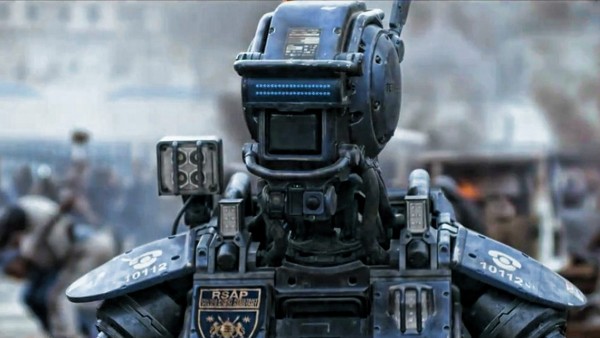 Director Neill Blomkamp has been getting a lot of attention lately for his imaginings of the Alien movie he’s always wanted to make—he posted concept art online, and now it looks like the studio has given him the green light. Funny how things work.

What’s a bit disappointing is Blomkamp’s brand new movie, Chappie, hasn’t been getting much buzz. The filmmaker has two previous philosophical science fiction pictures to his credit, the Academy Award-nominated District 9, and the serious misfire that was Elysium.

Lets hope Chappie—starring Dev Patel, Sharlto Copley, Hugh Jackman, and Sigourney Weaver—is more the former than the latter, and isn’t just a violent Short Circuit remake, which is kind of what this trailer looks like: The first movie was a solid and heartwarming bit of entertainment featuring a larger crowd of greying British thesps (and Dev Patel again!) anywhere this side of a Harry Potter movie. The sequel adds Yanks David Strathairn and Richard Gere.  Frankly, given the relentless brutality of this winter, I’m looking forward to spending a virtual couple of hours in Jaipur.

What We Do In The Shadows

A New Zealand vampire comedy: That unique combination of elements should be enough to attract interest. I saw it back at the Outlier Film Festival, and can tell you it’s a rambling but delightful affair, written, directed, and starring Taika Waititi and Jermaine Clement, the latter talent you may remember as one half of Flight of the Conchords.  Fans of that show, or of the awkward, mockumentary-style humour perfected in the British version of The Office, should not miss this. It has a similar silly, improvised tone that hits more often than it misses. A Vince Vaughn comedy about three suits on a wacky European business trip. The draw for me is the presence of the always terrific Tom Wilkinson, but otherwise not much else.

At Carbon Arc on Friday night is Vessel, a documentary about Rebecca Gomperts, a doctor who travelled around the world by sailboat to provide abortions at sea to women who who had no other legal or medical alternative. The doc was an award-winner at SXSW and the screening is in celebration of International Women’s Day, with Carbon Arc teaming with the Halifax Sexual Health Centre. For more info, go here.

She puts it this way: “The issue is, do women have the basic human rights to be able to decide what happens with their own bodies?” Damn right they should.

A Filipino picture that sounds like it’s part-road movie part-romcom. Any movie trailer that uses a cover of Starship’s “Nothing’s Gonna Stop Us Now” has to have something to recommend it, right? And it’s from the director of something called Bride For Rent! No doubt a classic.