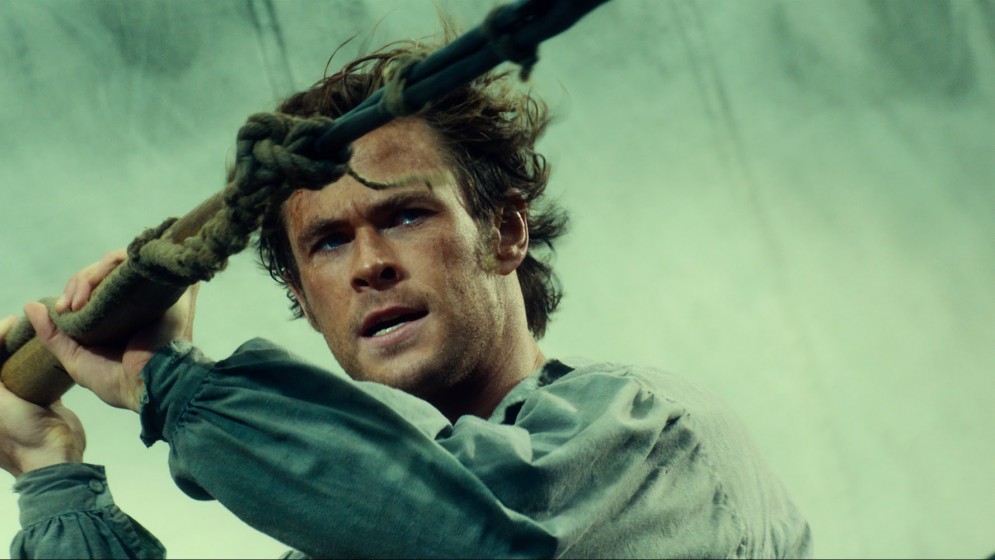 If you’re like me, you pay attention to trailers. A new movie is coming soon, you might be curious about how it’s marketed and especially when it’s opening.

Back in December and January I repeatedly saw a trailer for a Chris Hemsworth vehicle called In The Heart of The Sea. It’s directed by Ron Howard, whose last movie was another Hemsworth picture, the excellent Formula One drama Rush. This time instead of a racing car the Aussie hunk is on the deck of a ship—it’s a seafaring adventure about a vindictive cetacean, the legend that inspired Moby Dick. I noted the release date: March 13, 2015. But in the last couple of weeks there’s been distinct lack of noise about the film. Sure, Hemsworth showed up on Saturday Night Live, but he neglected to promote the whale movie, instead doing lame Thor jokes. This week I discovered that the studio, Warner Brothers, back in January quietly postponed the release of In The Heart of the Sea until December. That’s a HUGE delay.

I don’t care what kind of spin the director puts on it, I say that any time a movie gets rescheduled to an entirely different season it’s because the studio has no confidence in its product, and that’s often for good reason.

Let’s meet back here when this picture opens on December 11—a mere week before the Star Wars: The Force Awakens destroys box office records—to see if I’m right about this. I had a really good time at this movie. It’s a Liam Neeson action movie that delivers greasy noir thrills and kind of finishes up as a western, complete with Neeson’s hitman armed with a Winchester (see above). Go here for my full review. Around the time Tim Burton’s terrible Alice In Wonderland adaptation was doing huge business in the spring of 2010, Disney realized they had a spectacular back catalogue of animated fairytale properties they could remake in live action. Last year we got Maleficent, a fresh take on Sleeping Beauty, and now a more by-the-numbers Cinderella. Surprisingly, the advance buzz with this has been very positive. (I credit Cate Blanchett, who plays the evil stepmother. She’s always good. )

It’s rare we get to see documentaries in the multiplex, especially one with such an important and relevant subject matter: the frightening plague of sexual assault on college campuses, and how some schools try to cover it up. In this university town everyone should be going to see The Hunting Ground. It opens today in Bayers Lake. Here’s the trailer:

Did you know I’m now doing a podcast with film buff extraordinaire Stephen Cooke? It’s called Lens Me Your Ears. Our first ep is on Time Travel movies. Go here to subscribe. Oh, and a heads up: During reading week Cineplex is doing family movie matinees, with pictures including Rio 2, and The Pirates! Band of Misfits. Go here to check out the schedule at a cinema near you.