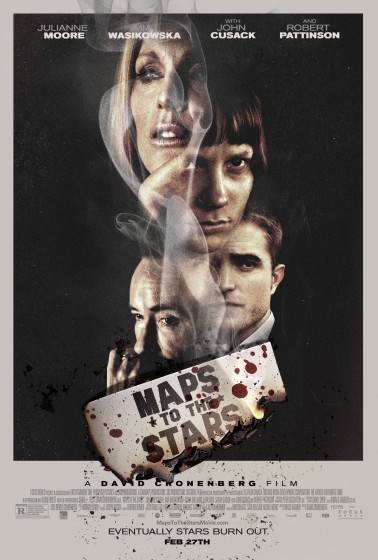 Last Sunday was the Academy Awards, which I watched and enjoyed along with many of my movie-loving friends. It was a good time, with almost all of the films in contention having shown up in cinemas here.

This Sunday night is The Canadian Screen Awards, which recognizes film, TV, and online content.  Only one of the movies in the Best Motion Picture category has opened in local cinemas—David Cronenberg’s  Maps To The Stars. Not many people I know will be watching.

It’s a problem the Canadian film community has yet to solve: How to get English Canadian audiences interested in seeing homegrown stories.

(Residents of Quebec readily go see movies made there, and accordingly the films are generally much better than what English Canada produces. But out here in Atlantic Canada those rarely get screened, either.)

A glitzy awards show is a good idea (will Julianne Moore be there?) but only if people have had an opportunity to see the movies. It’s hard to feel any kind of investment in these movies if we don’t get to see them.

It’s probably too late to impose some kind of Canadian content on cinemas. The other alternative is more funding to produce a more robust industry, but it seems most likely that going forward we’ll wind up watching Canadian content at festivals, or on small screens, on VOD or from cable providers.

The other Best Motion Picture candidates at the CSA are Tu Dors Nicole, which Carbon Arc brought  to town last week, Cast No Shadow, a Newfoundland drama and award winner at The 2014 Atlantic Film Festival, Fall, In Her Place, and Xavier Dolan’s award-winning Mommy, which was also at the AFF and has opened in cinemas internationally. But not here. Speaking of quality English-language Canadian movies, here’s one: a modern fairy tale set in the Montreal fashion industry. It’s pretty good, an unlikely cross between Cinderella and Twelfth Night, with some Devil Wears Prada thrown in. It may not last long in cinemas—it’s out at Bayers Lake exclusively—so if you’re a fan of light comedy, fashion, and cross-dressing heroines (and who isn’t) go check it out soon. You’ll find my full review here. I do like a good con artist movie, and I like Smith, especially when he chooses to be charming rather than brusk or brooding. He’s been really hitting the talkshow circuit hard this week, which makes sense to increase awareness of this project. He’s made a few duds in his recent starring vehicles going back to 2008—Seven Pounds, Men In Black 3 and After Earth—so his career could use a box office hit.

The good news is this is a solidly entertaining movie and I think it’ll do well for him. It’s quite a trick to pull of a decent con artist movie, and I think this one works, most of the time. My full review will be posted in the next couple of days, so check back soon. Mark Duplass and Olivia Wilde are researchers whose experiments bring the dead back to life. These are two smart actors, so their involvement makes me wonder whether this might be more akin to, say, Splice, than your run-of-the-mill horror. Song of the Sea

Two screenings of the Irish Oscar-nominated animated film at Carbon Arc on Friday night at 7pm and 10:30pm. Go here for more information.