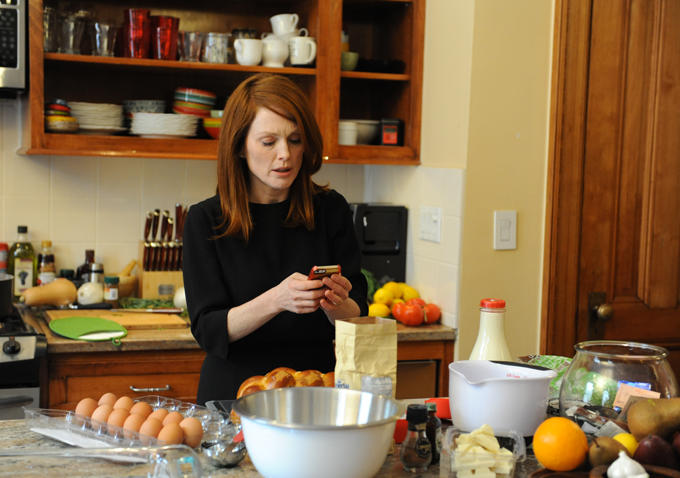 It’s Oscar weekend! The Academy Awards are Sunday night, bringing to an unofficial conclusion the Hollywood awards season. Somehow this self-congratulatory exhibition of glitz remains relevant despite often being dull and predictable, probably because we all just keep watching it. Having taken in SNL 40 last weekend, I noticed there are plenty of comparisons to that other long running institution: We get to watch celebrities live-on-air from our living rooms, it’s almost always too long, and sometimes the music is all that makes it worthwhile.

Incidentally, I’ll be on CTV Morning Live on Friday at 8:40am talking about The Oscars. Tune in if you can, or I’ll post a link here later in the day.

So, what’s new in cinemas this weekend? Well, we’re finally getting to see front-runner for Best Actress nominee Julianne Moore in her nominated movie, Still Alice. The movie is a pretty straight-forward drama about illness , but that’s all it needs to be with the terrific Moore at its centre. There is no doubt in my mind she’s getting the statuette this time, after five nominations. Go here to read my review. McFarland USA is a based-on-fact story about an older white fellow who helps a bunch of brown kids achieve their dreams. I know there’s more to the story than that—star Kevin Costner discussed his frequent choices of projects that provoke questions of race and identity in his work this week on CBC Q—but I can’t help but think that this movie is just the most recent of a slew of true-life tales aimed to help Middle American Caucasians feel good by having one of their own save minorities through sports. Last year it was another Disney product, The Million Dollar Arm, and in 2009 it was The Blind Side.

There may be more I’ve missed. I don’t seek these movies out. Gettin’ back in the bubbles for Hot Tub Time Machine 2! Despite myself, I really enjoyed the first one of these. I’m surprised to not see John Cusack in the sequel. What’s up, John? Too busy? Whoops, almost missed this one. A teen comedy, the title is an acronym: Designated Ugly Fat Friend. Yes, that’s obnoxious, but the advance reviews have actually been pretty flattering of the feature. Go figure. A double feature this Friday at Carbon Arc: A lovely looking and well-reviewed Quebec picture Tu Dors Nicole and a music documentary, The Wrecking Crew. Go here for more deets.