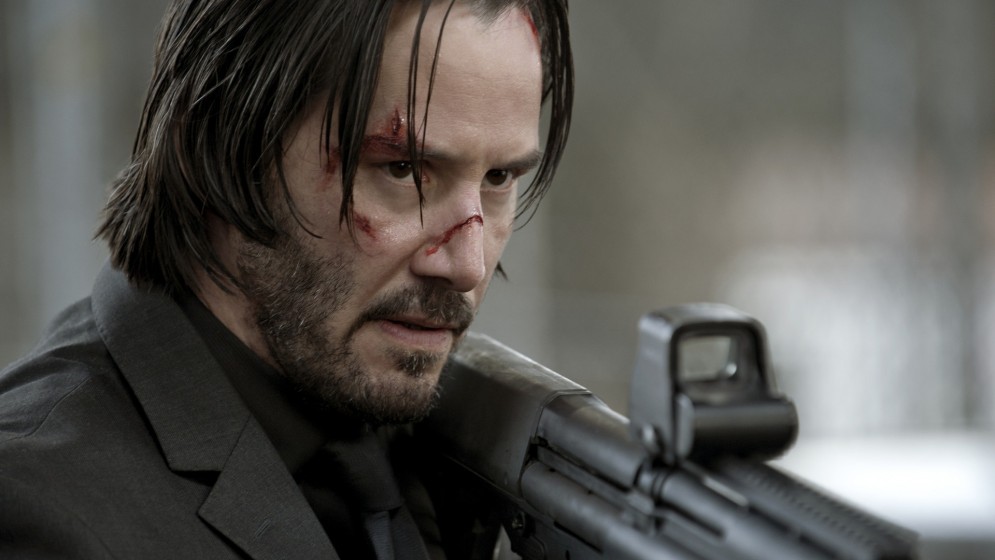 I can never restrict my list of the year’s best movies to just a handful. I love movies too much for that. There are always a few extra that didn’t quite fit, though this additional list often features the more quirky, and, therefore, maybe more interesting films.

Here are films I really enjoyed but for one reason or another didn’t make it into the upper echelon—on another day, or year, they may have. You’ll find special categories, shout-outs to performers whose work I really appreciated in 2014, and a few digs at pictures that didn’t hit the mark for me. Most Impressive Achievement in Cinema Absent From My Best Of 2014 List: Boyhood

I love Richard Linklater’s work and I thought his effort to tell the story of a child through 12 years was a hell of a thing—even if the Harry Potter series kind of did it already.

If Linklater or his film gets an Oscar I’ll stand and cheer. But I still didn’t find room on my primary list for it. Maybe because everyone else is giving it so much love, but I think more so, six months after seeing it, the film has failed to linger in my memory or encourage me to seek it out for another viewing. I can’t quite shake the mundanity of this suburban tale of domestic life. This observation probably says more about why I go to the movies than Boyhood itself. Andrea Dorfman’s delightful drama set in North End Halifax totally charmed me. Because I live here and know many of the principle talents, I can’t really pretend any kind of objectivity about the film. But good on all involved, and it was a blast for me to see it. This is how action movies used to be made—on a modest budget but with plenty of character and heart and fun. It’s great that directors Adam Wingard and Simon Barrett remember. I loved the intense music cues and that final sequence in a suspiciously labyrinthine high school haunted house. You see, Hollywood? It is possible to make a comedy that’s hilarious, heartfelt, and honest about the subject of abortion. In a genre as currently fallow and ignored by Hollywood as the romantic comedy, it’s heartening to see others outside the LA scene still doing them well. Last year it was the Danes with Love Is All You Need, and this year it’s us Canucks with this charming, Toronto-loving, Daniel Radcliffe-starring gem. Also known in the US and UK as What If, a  less R-rated version. Wow, those Cuban sandwiches looked delicious in Chef,  but I give The Trip To Italy the edge thanks to the landscapes and the wonderful chemistry between Steve Coogan and Rob Brydon. I hope they travel the world and make more of these movies like an aging, insecure, highly amusing British Hope and Crosby. Best Period Drama that Slipped Under the Radar: The Immigrant

The new, largely unheralded picture from James Gray (Two Lovers), a filmmaker who tells gritty tales of New York City. This one looks like a sepia-edged photograph from the 1920s, with the wonderful Marion Cotillard as Ewa, a recent arrival at Ellis Island from Poland, who is separated from her sister and has to make her own way on the rough streets of the city, finding herself stuck between a pair of manipulative men, played by Joaquin Phoenix and Jeremy Renner. A gorgeous, deliberate film, it deserves to be seen by more people. Maybe you think a war movie needs soldiers and tanks and blood, like Fury. It doesn’t. All it needs is two women exploring family secrets in Poland, almost two decades after guns have been silenced. Tiny, powerful, and affecting cinema. Ruben Ostlund’s amazing black comedy about a clean-cut family of four on a ski vacation reaches discomforts other films can only dream of. When a near-miss avalanche reveals a streak of cowardice in the husband, it sends serious fault lines through his relationship with his wife. The picture’s really about the ways in which the men define their masculinity, and hilariously skewers men’s preconceptions, but also gives them an out in the final few scenes. Make sure you have someone to discuss what’s going on here after the movie. For me, it was the dry, laugh-out-loud moments of normalcy—including synchronized electric tooth-brushing—that really resonate. The first time I saw it with a belly full of popcorn in a 3D IMAX cinema and found this Tom Cruise science fictioner noisy, unoriginal, and annoyingly repetitive. The second time I caught it on DVD and warmed to its cleverness. A close second in this category was The Lego Movie, so much less irritating on the small screen sans 3D. Expectations, and ocular comfort, are everything. Best Celebration of Nerds: The Imitation Game and The Theory of Everything

Though biopics are far from my favourite genre, I’m a sucker for movies where geeky geniuses manage to get out of their own way long enough to achieve something great. It helps when the performances are as stellar as the ones found here. This was the year when I joined the ranks of the Cumberbitches, and I’m not embarrassed to admit it: Benedict rules. But will Eddie Redmayne take the bulk of the acting awards this season for his transformative role as Stephen Hawking, or will Cumberbatch win out? Lay your bets now. I note this title a little ironically, because so many reviewers claimed it was the worst kind of date movie—a violent and sour black comedy about the emotional and physical brutality that can happen inside a marriage. The fact of it is, every person I know who saw it had a different impression. It spawned a wave of colourful celebration and dissent, which, to me, is the best kind of Date Movie—one you can argue about afterwards. No, that isn’t even intended to be a pun on the title—even if it kind of is. One of the standout films at the Atlantic Film Festival, this romantic drama, starring Jessica Chastain and James McAvoy, about the end of a relationship was originally going to be two films—from his and her perspectives, a Rashomon of romantic trauma—but the producers insisted on it being recut, amalgamating the two movies. I really enjoyed the combined version, while wishing I could see the pair. There was plenty of festival buzz—including my very humble opinion, of course—suggesting it would be in the Oscar hunt, but it’s totally off the release schedule. I don’t know if it opened anywhere. Fingers crossed for 2015. So good to have Mr Reeves back in lead roles worthy of his particular, peculiar charm, and this deliriously fun revenge thriller, crammed with stellar tough guy actors and high end action set-pieces, is a very specific delight. The middle section in and around the hotel is the highlight: I’d watch an entire American cable series set there. CA:TWS is one of the best comic book movies yet—more heartfelt than the clever time travel picture X-Men: Days of Future Past, more compelling than the year’s biggest Marvel movie, Guardians of the Galaxy, and more gripping than The Amazing Spider-Man 2, which I liked while recognizing it’s kind of a mess. This second Captain America adventure delivered  patented high-impact costumed heroics while wrapped in the vagaries of a spy thriller. The MVP in the cast is Redford, no doubt. The big man was one if the prime attractions in one of last year’s best movies, Inside Llewyn Davis, and once again shows his range playing a terrifying loan shark with one amazing monologue in the underrated Mark Wahlberg picture. He just edges out the demonic force in The Babadook, the chilling Australian horror.

Best Performance From An Actor Wearing a Fake Head: Michael Fassbender in Frank

Fassbender may never again be as funny or affecting as he is in this weird and quirky rock and roll dramedy while his face is hidden for great swaths of the film. I recently made the case that Goldblum is one of Hollywood’s greatest resources, and his appearance in this Paris-set film lends the theory a lot of weight. Le Week-End is a complex and pointed look at the relationship of an older couple (the ever amazing Jim Broadbent and Lindsay Duncan), struggling to locate some magic in their marriage with a long-overdue trip to France. Marketed as much lighter and frothier than it actually is, Goldblum steals it outright from his Brit Thesp costars with his cannily understated but perfectly selfish Morgan.

These are performers who kept showing up in the past year and can’t give a bad performance.  I humbly offer thanks for these silver screen MVPs, who make every movie they’re in more fun. Eva Green: White Bird In A Blizzard, 300: Rise Of An Empire, The Salvation, Sin City: A Dame To Kill For, and Penny Dreadful on TV. Adam Driver: Tracks, The F Word, This Is Where I Leave You, and HBO’s Girls on TV. The Most Overrated Film of 2014: Birdman

As much as I liked seeing Michael Keaton get a solid role to remind folks of his wiry, caffeinated self in Birdman, and enjoyed the conceit of its camerawork and structure, I found this a heavy-handed and cynical film. It sees emptiness everywhere it looks,  whether it’s Hollywood or Broadway theatre. And we in the critical community are no better in its baleful glare. It finally offers audiences ironic redemption in a failed suicide. Really? And, in the end, what is it actually about? No one can tell me.

(You wanna catch a New York movie about the pitfalls of show business where a super-successful artist has a crisis of confidence over his work while the camera prowls around him, his colleagues, and family? The Biggest Pointless Hubbub: The Interview

Trust me, you don’t need to see it. This blunt satire doesn’t prove the North Koreans don’t have a sense of humour, maybe just a tendency to overreact. Like I said up top, there were lots of movies I didn’t see in 2014, movies that were less well-reviewed than this one. But of the dozens of movies I did see, Dracula Untold takes the bloody prize. It stunk just like the undead.