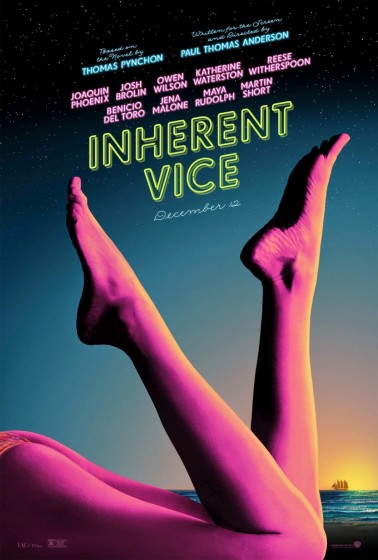 Written and directed by Paul Thomas Anderson, from the Thomas Pynchon novel

Inherent Vice is the kind of movie you walk into and it envelops you. You’re visiting a world while you’re in the cinema. It may not be one you understand. The denizens may speak strange languages and enact peculiar rituals. The universal narrative may leave a collection of loose strings and frayed edges, empty beer cans and unexplained murders.

Mostly, the woozy world of Inherent Vice is about the moment where the debauched 60s became the cynical 70s. It’s where, as Hunter Thompson so eloquently put it in Fear and Loathing in Los Vegas, you can see the high water mark, the place where the wave finally broke and rolled back.

I’m not going to sit here and tell you I understood the plot. There were large swaths where I was utterly lost, where offscreen characters we haven’t yet met are being discussed, or characters we’ve met in passing have vanished from the central thread but are key to its forward motion. I would even say there are times when it may be needlessly and purposely complicated. Though how often do we get to complain about that?  A film a little too ambitiously convoluted in his narrative structure, rather than a movie so obvious it bores you to tears?

Anderson is channeling the spirit of his mentor, Robert Altman, who adapted Raymond Chandler’s The Long Goodbye, with which Inherent Vice shares a lot of similarities, most prominently an early 70s gumshoe as a disheveled hero who always seems a step behind the larger conspiracy. And there’s no doubt Joaquin Phoenix’s Larry “Doc” Sportello, with his odd personal grooming habits and outrageous sideburns, also shares a certain easy-going, weed-loving perspective with Jeff Bridges’ The Dude, also a reimagining of a Chandler hard-luck hero. 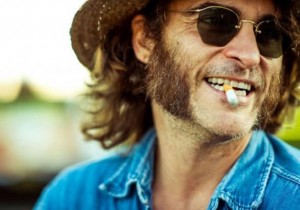 And about that plot. Well, I can tell you for sure that Doc is trying to help an ex-girlfriend,  Shasta (Katherine Waterston), who is concerned her new lover, land developer Mickey Wolfmann (Eric Roberts), is being shafted by his wife, Sloane (Serena Scott Thomas), and her lover. And Doc is still in love with Shasta. Though they have some strong scenes together, I think the key relationship here is between Doc and his buddy/nemesis on the LAPD, Bigfoot Bjornsen (Josh Brolin), a representative of the straights with a collection of peculiar oral fixations—desperate and angry as he navigates a sea of hippies and his own damaged family life. 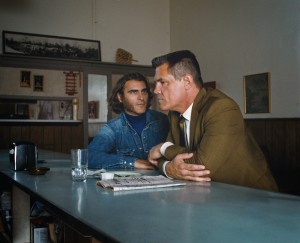 The movie includes militant racial factions, international drug dealing, dentistry, land-grabs, corrupt cops, and Joanna Newsom as Sortilége—though I don’t think they ever call her that in the movie—a woman who may be a figment of Doc’s drug-addled imagination but still narrates the entire tale.

There are lots of things to enjoy here if you’re in a certain state of mind, including a fetishization of Los Angeles neighbourhood names, touched upon like talismans. There are moments of great physical comedy—Phoenix is especially gifted at this kind of thing—and more highbrow humour, as well as jag or two of surprising violence as the darkness oozes beneath all the debauchery. And Katherine Waterston owns a powerful scene where her Shasta manipulates Doc into sad and sudden sex. 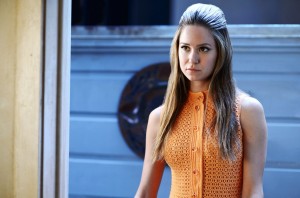 At a point late in the running, Doc chooses to help a particular character get free of this morass, but it feels kind of arbitrary that he’d go to such trouble. Maybe it’s because Doc was otherwise powerless—as he grasped the larger forces arrayed, maybe he figured this was one small thing he could do right.

I’m guessing here. His real motivation is another one of the film’s many mysteries.

This isn’t a movie that congeals, nor should you expect it to. It’s a collage of imagery and moods, a collection of moments that refuses to unify. It remains stubbornly unfocussed and that’s because Anderson wants it that way.

It’s certainly like nothing else I’ve seen recently, and I’m glad to have taken the trip. Whether you will be, I can’t say.