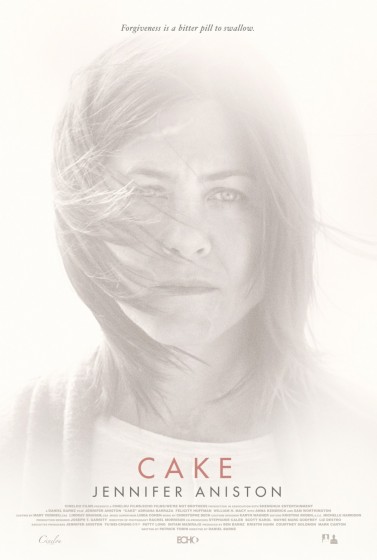 When we meet Claire Bennett (Jennifer Aniston) she’s getting kicked out of her all-female chronic pain support group due to her anger issues. She’d spoken ill of the dead, and offended the other women, including the therapist.

It’s a funny moment, but I kept thinking back to the kind of anger we saw from another character in pain in a superficially similar story: Michael Keaton in Clean & Sober. That’s the kind of thing that could really get you thrown out of group therapy. Claire is cynical and crabby, but anger? I’m not sure I bought it. I was actually disappointed we didn’t get to see more of her rage in that setting. Or in general. The film could use that kind of jolt—less sedation and more speed.

Why is Claire supposedly pissed-off? She’s been through hell due to an unrevealed (in the early going, anyway) trauma that’s left her physically and emotionally scarred. She’s become addicted to painkillers. A woman in her former group, Nina (Anna Kendrick), recently jumped off an overpass, and Claire, contemplating suicide herself, starts to dig into Nina’s life, trying to figure out what it took for Nina to leave behind a hunky Aussie husband, Roy (Sam Worthington), and a little boy.

Claire also has a hispanic housekeeper/caregiver, Silvana (Adriana Barraza), who is devoted to her. They go on drives together, usually on missions to score Claire’s next bottle of pills. A good portion of the film is spent with Claire lying prone in the passenger seat, aware of where she’s going but not able to sit upright.

Cake delves into the questions of what makes life worth living, featuring people who live with barely tolerable pain, and yet tonally it feels like it could break into a romantic comedy at any moment. And that would be OK if the filmmakers committed to it. But  the tone is terminally breezy, to the detriment of both the drama and the comedy. While you’re in the movie you can feel it lightly stepping away from the kind of intensity that would make it memorable. 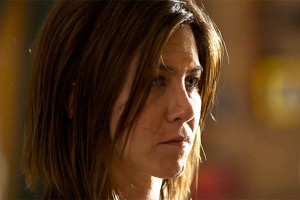 Kendrick, usually great for providing genuine spark, shows up in a few scenes as either flashback or hallucination, but doesn’t have much to do. I kept hoping this would somehow turn out to be a variant on Thelma & Louise, with Aniston going on the road with Silvana or Ghost Nina, just something to shake up the plot inertia.

And other solid character actors, including Felicity Huffman and William H. Macy, come in and out of the picture, threatening to bring more flavour without particularly registering.

What we have here is a light character study of a person dealing with heavy grief. Aniston is great in the role, giving a solid and sometimes gutsy performance—she’s the best reason to take this trip. But, beyond her performance, there are few surprises.