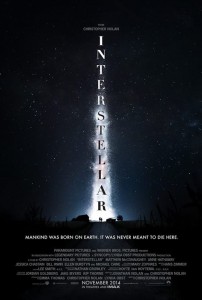 Maybe the most anticipated movie of the year, Interstellar is directed by Christopher Nolan, the man who has carved out a career of consistent quality blockbusters. He directed the three most recent Batman movies, Inception, Memento, and a few other clever entertainments. As a result of his across-the-board success I’ve noticed the more highbrow of the critical community have started to take potshots at him. Now he’s turned his attention to a grand space epic, which has been compared to Stanley Kubrick’s 2001: A Space Odyssey, though not entirely favourably. The reviews for Interstellar aren’t glowing. I’ll weigh in with my opinion in the next couple of days, but I am excited to see it. It stars Matthew McConaughey, Anne Hathaway, and Jessica Chastain. 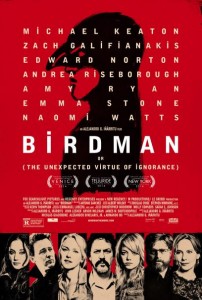 Birdman (Or The Unexpected Virtue of Ignorance)

Finally, Birdman is here. A film by Alejandro Gonzalez Inarritu, the Mexican director of solemn and, IMO, overrated dramas such as Babel and 21 Grams. This picture is about an actor who had success in his past playing a superhero trying to make a comeback on the New York stage, and it stars Michael Keaton. That’s some brilliant casting… if it works. I’ve heard it does. The film opens tonight in Halifax at The Oxford. 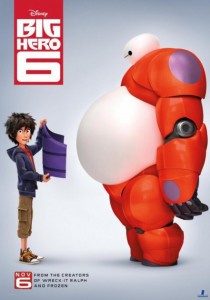 A Disney animated film based very loosely on a fairly obscure 1990s manga-inspired Marvel comic, the advance trailers for Big Hero 6 have been charming audiences for the better part of the year. The inflatable robot, named Baymax, is adorable. 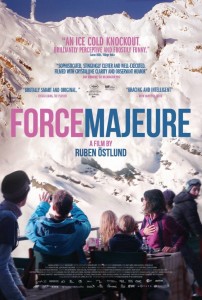 Two interesting films showing at Carbon Arc this weekend. On Friday at 7pm it’s a Scandinavian black comedy called Force Majeure, about a Swedish family that unravels on a ski vacation in the Alps when they’re almost killed by an avalanche. The film won the Jury Prize at Cannes and will be the Swedish entry for Best Foreign Language film at the Academy Awards. It also screens on Saturday at 9pm. On Saturday at 7pm is Frank, an odd and hilarious comedy I saw in New York City this summer. Check out my review here. 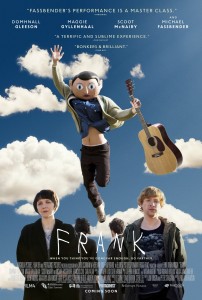