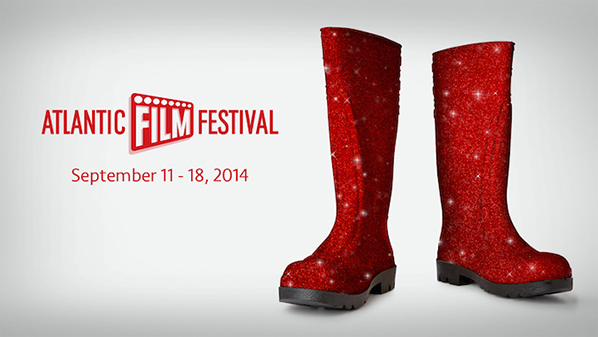 Someone asked me the other day how long I’ve been covering the Atlantic Film Festival, and I couldn’t give them exact information. I know I’ve attended since the first year I lived in Halifax. My favourite movies of 2003 were Lost In Translation and Wilbur Wants To Kill Himself. I think I started writing about the AFF in 2005. To the best of my knowledge and blurred memories.

The festival has changed a lot since then. Coming just at the tail-end of TIFF, attendees often talk about how the smaller, independent vibe at the AFF provides a palate-cleanser to the glitz and Hollywood-centric nature of Toronto’s annual event. But four years ago, when the AFF was boasting more than 225 movies over 10 days, I wondered if was in danger of losing some of its wonderful intimacy to scale.

Since then, the executive staff at the fest has almost entirely changed. Incoming Executive Director Wayne Carter downsized the AFF from 10 days to eight and reduced costs in other ways. For example, last year the festival was limited to just the Park Lane cinemas, which I felt was a disappointment, if only because The Oxford is such a great location at which to have a red carpet event. This year the Opening Gala is at Dalhousie University’s Arts Centre, the Rebecca Cohn auditorium. I’ve been in there to take in many a concert, and it’ll be interesting to see a movie screened there. Other corners cut, I notice, includes reusing last year’s goofy ruby-red rubber boot art for the festival guide and associated materials. But I don’t suppose most people will care much about those details.

The highlight of this year’s festival has to be the return of Andrea Dorfman to feature filmmaking with her lovely, lyrical film Heartbeat. I’ve seen the picture and I really liked it. More about that in the coming days—I’ve written a piece about it for tomorrow’s issue of The Coast so if you check back here on Thursday I’ll post a link.

Quebec wunderkind Xavier Dolan is also a big part of the festival this year, too, starring in Charles Binamé’s Elephant Song and writing and directing his own feature, Mommy, the Jury Prize-winner at Cannes this year. I gather he’ll make an appearance at the opening night’s festivities.

And I’m excited to get the chance to see new work from David Cronenberg and Mike Leigh in advance of their films’ regular distribution.

A big part of the festival—and inevitably the most popular program—is the Atlantic Shorts. The Gala selection is generally considered to be the cream of the crop—and I can say the one Gala pick I’ve seen, Leah Johnson’s Some Things Won’t Sleep, a National Screen Institute Drama Prize winner, is terrific—but gems can always be found throughout the various shorts screenings.

Interestingly, the AFF has grouped a series of local docs made for TV in a program called Atlantic Broadcast. I’ve got mixed feelings about a film festival screening material already shown on TV or online, but I can understand the intent: a chance for more eyeballs on locally produced work. Best not be too precious about the difference in content in this age of information, eh? Of this program, I’d recommend Bounty: Into The Hurricane and Edge of East—though, full disclosure, I know the directors. They do quality stuff, what can I tell you? And I want to see John Dunsworth in his international Santa Claus adventure, Santa Quest.

There’s also a host of other workshops, music events and parties. You can go here for the full meal deal.

What follows is the list of feature films and docs I’d like to see. I never manage to get to all of them, but in an ideal world, where real life challenges, the laws of physics, and exhaustion don’t exist, this is where I’ll be for the next week or so. Hope to see you at some of them.

The Disappearance of Eleanor Rigby

I Am Big Bird

The Cuckoo In The Clock

Maps To The Stars