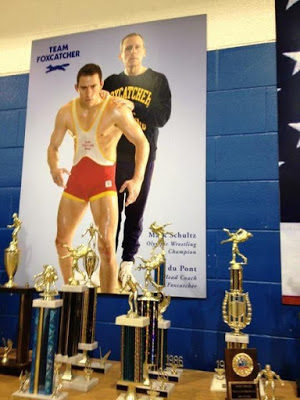 I Am Big Bird: The Caroll Spinney Story was programmed twice at this year’s AFF. I saw the second screening on Tuesday morning as part of the Viewfinders program. Interestingly, the audience was almost entirely adults, some with touches of silver in their hair. Is this evidence that we are, in fact, in the Age of Elmo, that Big Bird’s day has passed? I don’t buy it.

And neither do most of those interviewed in the film. It’s hard to find a more beloved character in Western culture than that eight-foot yellow Muppet. The documentary constantly reminds you of that fact. It’s like a fusillade of love bombs targeting your heart and tear-ducts. I didn’t want to resist, and soon found myself unable, even if I’d wanted to.

The early footage of Spinney coming to grips with his gift for puppeteering is fascinating. (Who thought Bozo The Clown was a good idea? He’s terrifying!) I learned a lot watching the film. For instance, I didn’t realize that Spinney also does Oscar The Grouch. I would have liked to have heard more about how he channels two characters so unlike each other, the childlike bird versus the curmudgeonly creature in the garbage can.

But there is plenty here to enjoy, from Spinney and his wife Debra’s many home movies, including their travels to China. Maybe the most surprising moment is when we learn about Spinney’s narrowly missed opportunity to go into space, and narrowly missed tragedy. And the film finds room to cover the Mitt Romney gaffe around PBS that helped him lose the 2012 US election.

The doc earns it’s tear jerking. It’s hard to watch the footage from Jim Henson’s funeral, where Big Bird sings “It’s Not Easy Being Green,” without getting choked up.

My biggest beef is with the score: the incessant plinking piano and syrupy strings do a disservice to the real feeling in the story. But they don’t spoil it. Anyone who grew up with Sesame Street should see this.

Beyond Clueless had an excellent in-person intro by Jennifer Vanderburgh, film studies prof at SMU, who let us know the film’s director, Charlie Lyne, is in his early 20s. That might explain why the filmmaker, whose picture functions as a survey of teen movies between 1995 and 2005, chose this era to focus on. It seems to me that to ignore the John Hughes period of teen movies is to miss the best ones, but that perspective may be a reflection of my having been born in the early 70s, rather than the early 80s or 90s.

This is a doc that uses no new footage. Vanderburgh also informed the audience that due to UK copyright law, if the clips are being utilized for a review or essay purposes, they can be taken without charge. Lyne’s production costs, some £12,000, went to soundtrack, editing and post, I suppose.

But what of the film? Narrated by Fairuza Balk, it amounts to not much more than a long and hypnotic clip show.

The sheer number of movies touched upon is impressive, revealing the tropes of the genre so frequently cleaved to, and the actors who had healthy careers back in the day. (Whatever happened to Devon Sawa or Freddie Prinze Jr. anyway?) The movies that jumped into science fiction or horror distinguish themselves (Idle Hands or Josie And The Pussycats, for example) for standing out from the torrent of carbon copy scenes of high school hallways, cafeterias, drinking, sex, and swimming pools. Of the ones I’d seen, I was reminded The Faculty, The Craft, She’s All That, 10 Things I Hate About You, and Can’t Hardly Wait were probably the best of the bunch. And the clips included from Sam Raimi’s Spider-Man served as a reminder that his movies were much stronger than the two more recent Marc Webb wall-crawler pictures.

But if Beyond Clueless had any kind of thesis, I didn’t get it. Balk’s narration doesn’t reveal any real truth about being a teenager, other than the movies about them offer “a parallel universe”. About as deep as a petrie dish, the doc both pleases and dulls the senses with a parade of imagery of pretty young people acting, talking, laughing and crying, sometimes naked.

Foxcatcher tells a sad story of lonely men. It’s based on the true story of 1980s Olympic wrestlers Mark and David Schultz (Channing Tatum and Mark Ruffalo) who crossed paths with one of the richest men in America, John du Pont, (Steve Carell, acting through a distracting prosthetic nose) who sponsored both their athletic careers for years.

The movie is a bit of a slog. Bennett Miller of Capote and Moneyball directs, and like Capote,  the sun never shines in his cinematic world, a place of awkward silences and a very gradual pace. There are moments of both intentional and unintentional humour in the film, but it’s the sort of story where every scene from the very first is pregnant with tragedy. You know it won’t end well, so much depends on how engaged we are getting there.

Mark Schultz and John du Pont are closed-off characters. As Tatum portrays him, Mark has a very small internal life, coloured with frustration—he’s gormless, as the Brits would say. His identity is simply defined by being a champion wrestler.

du Pont, on the other hand, is probably mentally ill, the product of spending his life sheltered by wealth and trying to please a thoughtless mother (Vanessa Redgrave, who doesn’t get much to do). I liked the performances, especially Tatum’s, though Carell is likely to get the most attention for playing a character so different from what we’re used to seeing from him.

The funny thing is, only Mark Ruffalo, playing David, Mark’s brother, manages to bring any real sympathy to the screen. He’s the most reasonable, the most loving character we get to spend time with. He offers depth and dimension, someone whose eyes we in the audience can see through, even though he’s only there in support.

The film’s title is well-chosen, the name of the du Pont estate where the fox hunt traditionally took place. The parallel is explicit, even as du Pont says he’s not interested in horseflesh. He’s interested in wrestling: He’s the rider, the wrestlers are the horses, the fox is athletic success, gold medals, and respect. The horse riding analogy is both figurative and literal: du Pont practices with Mark in the dim light of his Foxcatcher facility, pretty much riding the larger man. I probably don’t need to get into the homoerotic elements, do I? Has there ever been a wrestling movie that wasn’t, in some way, homoerotic?

Exiting Park Lane 8, my cinepanions mentioned both The Master and Behind The Candelabra in relation to Foxcatcher. I get the comparison, but I don’t think this picture is as successful as either of those.

When I see biopics or films based on real events, I always ask myself: Would I have been the same or more engaged by a documentary about the same subject? If I’m not sure, I can’t say the drama was a good one.  Foxcatcher makes us witnesses, watching a hermetically sealed, gloomy tableau as we sit and wait for a grim conclusion. While I was impressed by some of the workings, I wasn’t terribly moved by them.