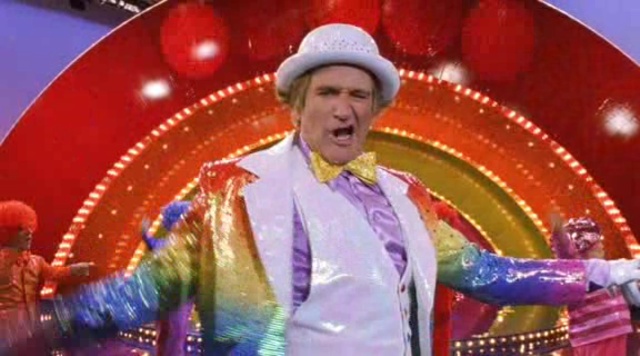 I figured I’d wait a few days before offering any kind of tribute to Robin Williams. Give the news a chance sink in.

It seems to me a universal tragedy; someone so talented, so adored, would feel so despondent as to end his life. Depression doesn’t discriminate.

Of the more moving remembrances to the Oscar-winning actor and comedian who took his own life last Monday, I’d like to draw your attention to Russell Brand in the Guardian. I also found the viral repurposing of the Pagliacci joke from Alan Moore’s Watchmen to be sadly appropriate.

When this kind of thing happens, my first instinct is to go back to the work. It all begins and ends there.

Any number of Williams’ stand-up performances and gut-busting talk show appearances can be found on YouTube.

Of his films, there’s lots of quality to choose from. Here are a few of his pictures that made a big impression on me: 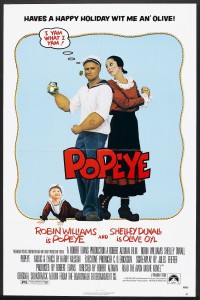 Robert Altman’s Popeye (1980) is a surreal version of the comic strip hero with the enormous forearms, with Williams in the lead opposite Shelley Duvall. Though roundly panned, it has a strange charm about it and a cult that refuses to be silent.

The World According To Garp (1982), from the John Irving novel, was Williams’ first lead dramatic role and showed his range opposite John Lithgow and Glenn Close. 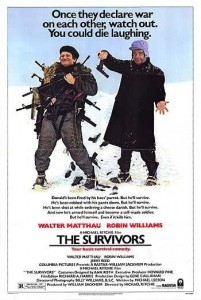 Michael Ritchie’s The Survivors (1983) is one of those buddy comedies so prevalent in the 1980s, but when the buddies are Robin Williams and Walter Matthau, it’s definitely worth a look. 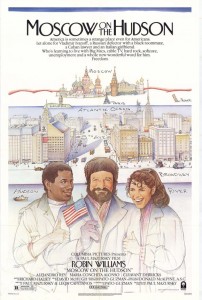 Paul Mazursky’s Moscow On The Hudson (1984) is a sweet little drama about the immigrant experience in New York and the human toll of the cold war era.

Good Morning Vietnam (1987) was the first picture that really allowed Williams to let loose his particular improvisational genius within a dramatic story. What’s also interesting is the tone of the film—an anti-war drama as bleak as they come in some scenes then wildly funny in others.

Robin Williams as the Man in the Moon in Terry Gilliam’s The Adventures of Baron Munchausen (1988) was a perfect bit of stunt casting, and worth seeing for Gilliam’s imagination unleashed. Also notable for supporting roles from a very young Sarah Polley, a teenaged Uma Thurman, and a walk-on from Sting.

Dead Poets Society (1989) is many people’s favourite performance from Williams. I need to see it again—I haven’t watched it since it came out, but I always appreciate the work of director Peter Weir. 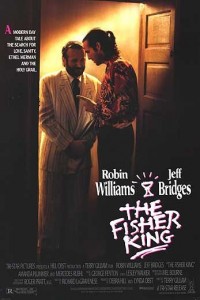 Parry in Gilliam’s The Fisher King (1991) is probably my personal favourite role of Williams’. It reveals the anxiety beneath his comedy in a way that really stayed with me. What a great movie. And what’s so wonderful about the animated Aladdin (1992) is that it frees Williams from his body.

Williams played a guy who’s always out of focus in one of Woody Allen’s most underappreciated pictures, Deconstructing Harry (1997). I think most people agree that Good Will Hunting (1997) is some kind of a classic, and it earned Williams his Academy Award. If Matt Damon and Ben Affleck did nothing else after this, their notch in cinema history is recorded for managing to make this beloved movie happen. 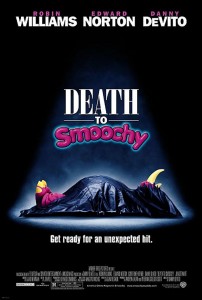 And speaking of underappreciated, Death To Smoochy (2002) is a pitch black revenge comedy from Danny DeVito that deserves to be seen, especially by those who felt that Williams did too many saccharine family movies like Patch Adams and Flubber in his career. Smoochy is the antidote.