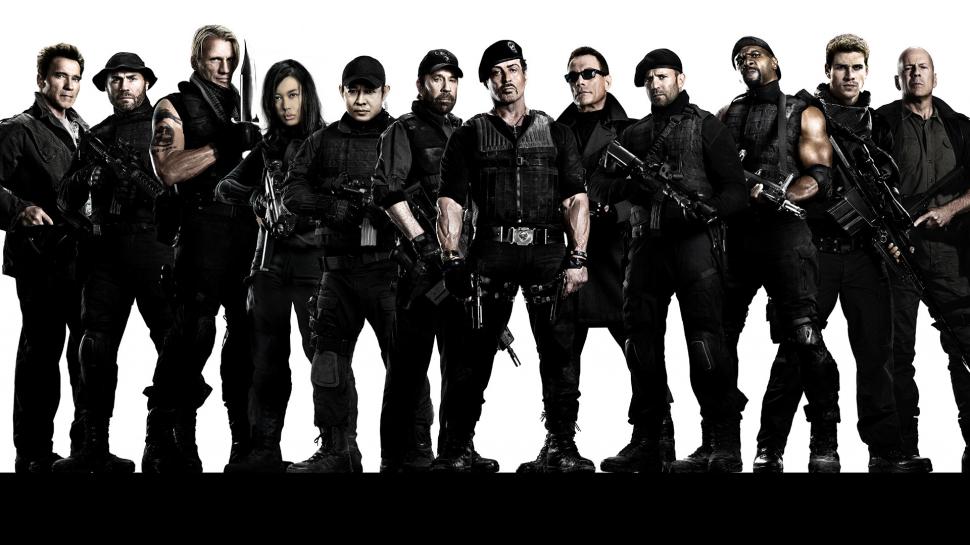 I have a real soft spot for Men On A Mission-style movies, and on paper I really like the idea of action legends Sylvester Stallone, Arnold Schwarzenegger, Jason Statham, Jet Li and their buddies getting together to shoot a lot of huge guns. Then why was The Expendables (2010) so dull?

I suppose because you can’t hang a movie on just star power and nostalgia—a passable story and a bit of suspense in between the hand cannons and explosions is usually a good idea. I confess that I missed the sequel, which added Chuck Norris to the cast, and now this new one (The Expendables 3, naturally) is here. Antonio Banderas, Wesley Snipes, Mel Gibson, even Harrison Ford, they’re all part of the cast. As appealing as this collection of tough guys is, I can’t say I’m gonna be rushing out to see it. But you go crazy.

The Giver is a strange one. It’s based on a young adults novel I’d not heard of before this week, it apparently has millions of fans. It’s a dystopic science fiction—one of my favourite genres—but the advance promotion for the picture has been almost non-existant. And the movie features Oscar-winning actors Jeff Bridges and Meryl Streep! It’s out in the middle of August: Not exactly the time when a studio with any confidence in its product releases a big budget fantasy picture. And the trailers aren’t filling me with anticipation. Just sayin’. But I hope it’s good.

Also opening is Boyhood, which I really enjoyed. And a buddy movie where dudes pretend to be the po-po, naturally called Let’s Be Cops.

Have fun, whatever you go see.