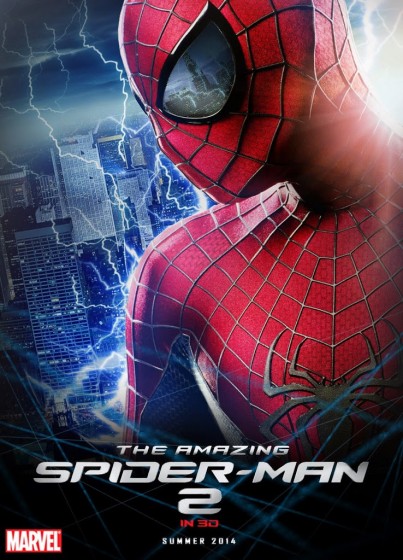 My friend Dave, who loves superhero movies, and I disagreed on this one, and I had to admit that maybe my enjoyment of it was at least partly the product of having such low expectations, based on what I felt was a rote, calculated, and cynical reboot of this material from a couple of years ago.

That’s not to say this is anything approaching a classic of the genre. I didn’t find it as good as Sam Raimi’s Spider-Man 2 from 2004. But it’s a real step in the right direction. For one, the chemistry between leads Andrew Garfield and Emma Stone is delightful. Someone cast them in a romcom already, so we can have that kind of zip in a movie that doesn’t have to break for action set-pieces all the time. I hear that the actors are actually dating in real life, but don’t quote me on that since I don’t pay too much attention to that stuff—my info may be out of date. And I’m agnostic on the effect of real-life romance on on-screen chemistry. (Witness Eyes Wide Shut or Gigli.)

Garfield is the titular webhead, still smarting from the events (and ghosts) of the first film. In case we forgot, we get a replay of an early scene from the first movie where Peter Parker’s parents Richard and Mary (the excellent Campbell Scott and Embeth Davidtz) drop him off with Peter’s aunt May (Sally Field, also sterling). Except this time we get a bit more on Richard Parker’s work with ominous gene-splicing multinational Oscorp, as well as Richard and Mary’s final disposition.

Peter’s buddy Harry Osborne (Dane DeHann) is the Tony Stark of the story, having inherited the billion-dollar company from his father, along with a creepy flesh-eating disease that some of the company’s science may help cure. It created Spider-man, after all.

All this plotting is a little plodding through the film’s unfortunate 142-minute running time—can we all agree superhero movies need to be as good as The Avengers if they’re going to go over two hours? And Jamie Foxx, who goes from meek, Spider-Man-worshipping Oscorp techie Max Dillon into raging super-villain Electro, is a bit of a dramatic dead zone. I found myself caring not at all about his character’s arc, which I think is a real problem with the film.

And, yes, there are other villains, including Oscorp administrator Menken (the forever entertaining Colm Feore) and The Rhino (Paul Giamatti), though their contribution and screen-time is fairly limited.

So, given this, how can I recommend The Amazing Spider-Man 2? Well, despite the bloat, the film is endearingly hokey. I liked the tone, the score, the pacing, and the day-to-day life stuff Parker endures in order to be a student, a photographer, a good boyfriend, and a superhero, is really fun. As Spider-Man, Garfield shows how much fun he’s having, whether it’s web-slinging through the streets of Manhattan, saving cops from flying cars, kids from bullies, or helping out the local fire department.

The reason I’ve always liked Spider-Man is that despite the tragedy in his life, he’s the man-in-tights with the best sense of humour, and it’s really on display here. And the movie has soul.

A key story from the 1970s Spider-Man comics is imported, and while I was half-convinced they were going to soften elements of it, they didn’t. I was glad of that, and even was a bit choked up as yet another tragedy befalls our young hero. Yes, it’s convoluted and too ridden with attention-grabbing CGI, but I found there was enough to keep me engaged. It’s the relationships that carry the day. I especially enjoyed a strong scene between Peter and May, which allows both Garfield and Field to stretch. And, as I mentioned before, Stone and Garfield together are the picture’s MVPs. Maybe it’s not Hepburn and Tracy, but I applaud the effort to replicate that kind of pizzazz, especially in a movie about a guy with the proportional strength and agility of a spider.