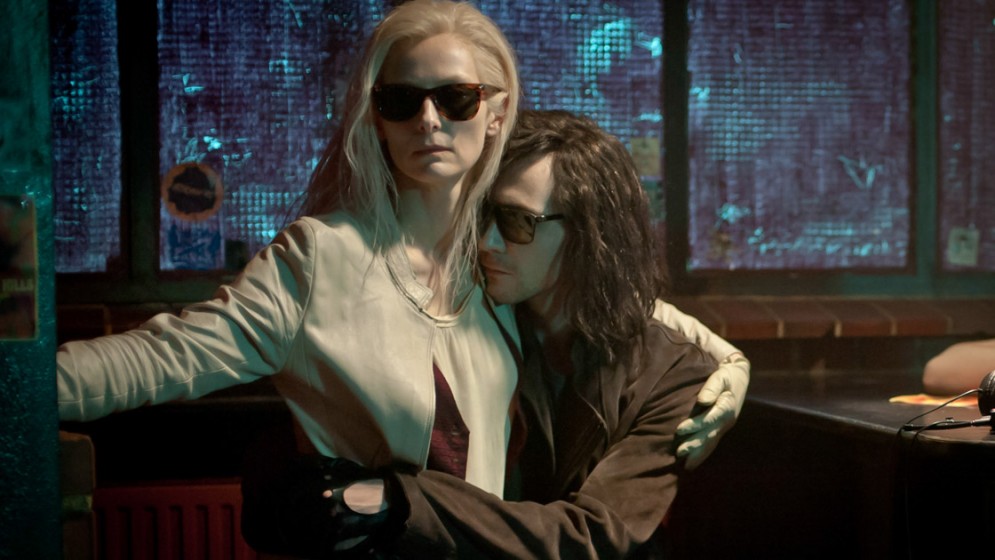 In April we had Captain America: The Winter Soldier and Transcendence. This month we’ve got The Amazing Spider-Man 2, Godzilla and X-Men: Days of Future Past. These are big-budget science fiction and fantasy films, highly anticipated, which make all in the Nerd Nation very happy—and me too.

But the first three are already out. CA:TWS was one of the better Marvel Studios superhero movies. Transcendence I enjoyed more for the ideas than the execution, which was a little confused. And I liked The Amazing Spider-Man 2 largely because it was so much better than the first picture in the reboot, but I sure know a few reliable commentators who did not.

That leaves just two more big movies to get excited about this summer, Hollywood trying to do right by the world’s favourite giant radioactive lizard and the biggest mutant movie to date, and they’re both showing up in the next couple of weeks.

What follows in June, July and August is a long list of uninspired Hollywood studio tentpoles. I haven’t been this unimpressed with what’s coming down the pike in a decade. Amongst them are a few that may turn out to be decent entertainments, but I wager many of them are going to just fade away.

Not all is lost: I’ve identified a few films that could make the next few months bearable, the cinematic outliers.

Here are my categories, starting with those that look mostly uninteresting to me:

Instead of a fresh Pixar picture this summer, Disney is offering up Maleficent, the Sleeping Beauty story as told from the Evil Queen’s perspective. Angelina Jolie certainly looks impressive with her Lady Gaga cheekbones, but I think they have a serious marketing problem if I can’t tell whether this movie is more Snow White and The Huntsman or Mirror Mirror. The kids may not care.

I admire the comedy empire Seth MacFarlane has built, but I personally find him to be a bitter and irascible dude. His casual misogyny spoils much of his clever, culture-savvy humour. His new movie is called A Million Ways To Die In The West, and he’s acting in it with Charlize Theron and Liam Neeson. A western comedy in the style of Blazing Saddles? You can’t say the guy doesn’t take risks, and I applaud him for that, but based on the hit-and-miss Ted, I can’t say I’m greasing my saddle with anticipation.

21 Jump Street was surprisingly fun, but good enough to warrant a sequel called 22 Jump Street? I wonder the same thing about How To Train Your Dragon 2.

Transformers: Age of Extinction. Ugh. I just wish these Michael Bay movies would go away, and this is from someone who loved Pacific Rim. The lesson for the day: Not all giant robot movies are made equal.

I’m sorry Melissa McCarthy, your movie Tammy doesn’t do much for me. The trailer reminds too much of one of those American reality TV shows where they go out of their way to shame the fashion-challenged, impoverished, and zaftig.

I like Dwayne “The Rock” Johnson as much as the next guy, but his Hercules may as well be the Kevin Sorbo TV version with added CGI.  (To be totally honest, I’d be happy if Dwayne did nothing with his career but The Scorpion King and Fast & Furious sequels. But that might be just me.)

You know they’re scraping the bottom of the reboot barrel when they attempt to resurrect Teenage Mutant Ninja Turtles.

And you’d think The Expendables 3 would be right in my wheelhouse as a fan of men-on-a-mission movies as well as those aging action stars from the 1980s, including, this time, Wesley Snipes (!), Mel Gibson (!!), and Harrison Ford (!!!), but the first two movies were pretty ho-hum. The addition of a few more wizened tough guys doesn’t raise my pulse.

I’ll be the first to admit it if one or more of these titles winds up being better than its marketing or high concept.

Here’s a few I categorize as: The Middling

Edge of Tomorrow is Tom Cruise and Emily Blunt in science fiction/action mode. This could be good: Director Doug Limon gave us two modern classics: Go and The Bourne Identity, but more recently also the unwatchable Mr And Mrs Smith and unmemorable Jumper. As far as original fantasy material goes, I hope this is more like Oblivion, last year’s fun Cruise-controlled adventure, and less like, say, the disastrous Elysium.

The Wachowski siblings wowed me with their sprawling Cloud Atlas. I know it didn’t all work, but the stuff that did reminded me that the directors of The Matrix aren’t lacking in chops or ambition. Jupiter Ascending is another grand science fiction fantasy, more of a space opera, if the trailer is to believed. While Channing Tatum’s eye make-up is a little hard to take, I’m otherwise intrigued.

Maybe Marvel Studios’ biggest gamble since they rolled the dice on making a movie about an alcoholic inventor who builds a flying suit of armour, Guardians of the Galaxy is about an obscure group of interstellar superheroes so weird their number includes a talking racoon. Hard to know how this is going to go, but given the batting average of these Marvel movies, the odds are good it’ll bring something fresh to the superhero table.

Luc Besson, the French filmmaker whose early work included La Femme Nikita, Leon: The Professional and The Fifth Element has become a b-movie industry unto himself, having written and produced a mixed bag of pictures: The Transporter, Taken, Columbiana, The Family, and very recently, Three Days To Kill. That said, the trailer for Lucy (which he also directs), about a drug mule (Scarlett Johansson) whose belly full of poison winds up giving her superpowers, looks like a lot of fun. Maybe.

Sin City impressed me for being one of the most faithful adaptations of a comic I’ve ever seen, partly due to the comic creator—the legendary Frank Miller—handling co-director duties with Robert Rodriguez. Since then Miller steered his comic work into politically dire territory with the graphic novel Holy Terror and his filmmaking into the wall with The Spirit. And Rodriguez has been spending his time on Spy Kids sequels and Machete movies. Hard to know how Sin City: A Dame To Kill For will measure up. If there’s a good reason to  see it, it’s for the always watchable Eva Green.

Emma Stone and Colin Firth in this year’s Woody Allen movie? I’ll keep my fingers crossed Magic In The Moonlight is more Midnight In Paris and less Whatever Works.

And finally, The Outliers. Seek them out. I intend to.

I’m sacrificing goats nightly in the hope that Under The Skin opens in cinemas here. This is a film by Jonathan Glazer, whose Sexy Beast and Birth both had their own special magic and delightful Kubrickian touches. Advance reviews are saying very good things about this Scotland-shot tale of an alien who eats men, starring Scarlett Johansson.

Tracks stars Mia Wasikowska as a woman walking across Australia’s western desert in the company of a dog and a few camels, while National Geographic photographer Adam Driver follows her from place to place. Based on a true story, this is a strikingly beautiful film, and shouldn’t be missed on the big screen, where I saw it at last year’s Atlantic Film Festival.

Philip Seymour Hoffman died a few months back, and we’re still seeing his final film roles  including A Most Wanted Man, an adaptation of a John le Carré novel, directed by Dutch rock photographer-turned-filmmaker Anton Corbijn. It also stars Robin Wright, Rachel McAdams and Willem Dafoe, the best cast of the season.

Zach Braff’s Graduate update Garden State from 2004 has more than it’s share of haters. I’m not exactly sure why. My guess is it was just a touch too trendy. I still dig the movie and its creator, and Wish I Was Here, his Kickstarter-funded, long-awaited follow-up, is on my must-see list. I gather it’s a spiritual sequel, if not an actual one.

The Last Lovers Left Alive is the return of Jim Jarmusch with a vampire movie starring Tom Hiddleston and Tilda Swinton (see featured image above). I’ll be there with crushed velvet on. In fact, I’ll have a review up in advance of its May 23 Halifax opening. Check back often.