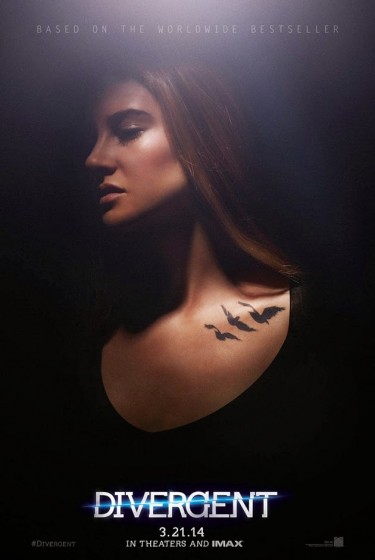 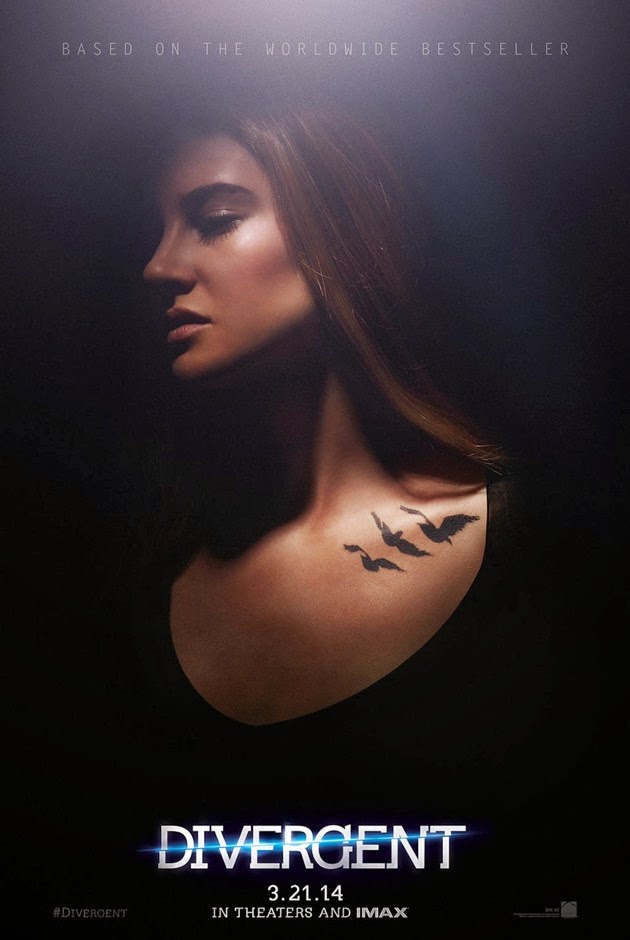 Directed by Neil Burger
Written by Evan Daugherty and Vanessa Taylor, from the novel by Veronica Roth

It’s been a while since I’ve had such aggressively ambivalent feelings about a movie. While I felt the premise and many of the plot details were ridiculous and poorly thought-out, I really enjoyed the feature’s execution: The direction, performances and overall look really worked for me. If you’re looking for a little check-your-brain-at-the-door entertainment that thinks it’s deep and consequential, this is your jam.

Divergent is based on a dystopic theory as wild and wacky as any I’ve seen since Logan’s Run—though that campy classic gets forgiveness from me for its Disco Magic™. Here, society is divided into factions, ostensibly to get everyone to behave after a vague-but-terrible event (Nuclear War? Alien Invaders?) ravaged the land. In future Chicago, everyone is separated into these groups, and it appears, given the few people onscreen over the age of 21, teenagers run everything. That makes a lot of sense: this future world is the post-apocalypse as seen from high school. Everyone’s in their little cliques: “Abnegation” is for the selfless types, and they rule since everyone seems to agree they’re the most suited. Why not “Candor,” the most honest judiciary? Or “Erudite”, the smartypants intellectuals? Or the peace-lovers, “Amity”? I’d bet those most skilled at war and security, “Dauntless,” would be the ones in charge. But no, they just seem to enjoy partying, parkour, and pleather.

Teenagers of all factions take a psyche test to see which of the groups they fit in, which seems sort of pointless since they get to choose where they want to go anyway. And if they choose a group their parents aren’t a part of, they can never speak to their family again. We don’t know why. Divergent expects its audience to take a whole lot of this self-serious crap on faith.

Beatrice (Shailene Woodley) or Tris, as she prefers, is “Divergent”. She’s a little bit of everything, a special, unique little snowflake with whom the filmmakers hope their audience of Millennials will identify. (If I was in that cohort, I’d be kind of insulted by how dumb this is, but 20-something author Roth has a bestseller on her hands, so what do I know?)

Different isn’t cool with the people who rule this future world. If the adults find out Tris manifests these “divergent” traits (you know, like most people), she’ll be killed. So she says good-bye to her Abnegation parents and brother (Ashley Judd, Tony Goldwyn, and Ansel Elgort) and joins Dauntless, hoping she can live up to the demands of the tribe, a militaristic cult that puts her through a bootcamp running through first two acts of the movie. There she makes friends (including the ubiquitous Zoe Kravitz), gets the hots for one of her trainers (Theo James), and pisses off a few people, too (her The Spectacular Now costar Miles Teller, drill sergeant Jai Courtney), while Erudite boss-lady Janine (Kate Winslet) takes a special interest.

What makes this all feel like a low-rent variant on The Hunger Games—somehow less of a stretch in the dystopic future vision department—are the major gaps where nothing makes sense.

I had plenty of questions: Why, for example, does an elevated, driverless train shoot around The Loop but never stop? How is it that in an organization run like the army, Tris can go AWOL for a day and not get in trouble for it? Why is it that when she’s jumped by three masked guys from Dauntless who try and kill her, they’re not brought to trial for the assault? And why, during an armed coup, some of the weapons used are stunguns and some are lethal?

Those are just a few of my many head-scratchy moments, but I’ve left the most frustrating for last:

How did I have so much fun at Divergent while still recognizing where it was so problematic?

Uh, I think I can answer that myself, actually:

1) It’s directed with a whole lot of enthusiasm. Burger’s last picture was Limitless, a movie I liked, despite myself, largely due to its locomotion. It’s a good trick: keep things moving and maybe your audience won’t recognize the places where it just doesn’t make any sense.

2) Divergent has a generous budget for production design, which provides sheer widescreen visual pizzazz. Future Chicago is an impressive place, like a giant jungle gym for athletic teens, assembled from cool loft spaces. A scene where Tris zip-lines into downtown Chicago provides genuine thrills, I won’t deny it.

3) The casting is bang on: Woodley’s big, expressive eyes covey all the emotion needed to keep us involved, and as Four, James has a brooding intensity that actually works to suggest he has more going on under the surface. He’s plausibly physical and manages to be far less bland than some pretty young actors getting work these days. (Liam Hemsworth, I’m looking right at you.)

But is this energy enough to make Divergent worth seeing? Does the fun outweigh the dumb? I’ll say yes. I’m all for these newer manifestations of the YA, female-lead, fantasy genre. Beats the hell out of Twilight. Even when the picture as a whole doesn’t really work, or sells itself out with a final scene where our heroine for the first time needs a man to protect her—to that point, Divergent held up a reasonably staunch message supporting the right of an independent woman to go her own way, damn the torpedoes. Or the factions. Or the boys.

Hopefully it’ll get back on that track in the inevitable sequels.