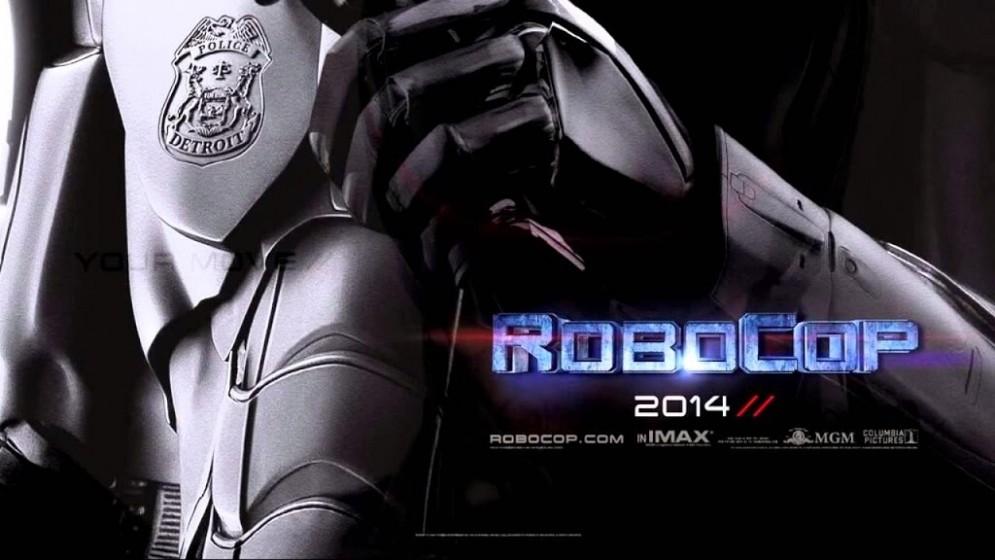 Directed by José Padilha
Written by Joshua Zetumer, based on the 1987 Robocop script by Edward Neumeier and Michael Miner

The second of three remakes planned for the unholy trinity of Paul Verhoeven future dystopia films (last year’s underwhelming Total Recall, the forthcoming Starship Troopers), all of which didn’t need new versions, but when did that ever stop Hollywood? And what you might have heard is true: this one isn’t half bad. Of course it suffers in comparison with the original R-rated classic (the glossy 2014 model is a surprisingly bloody and violent PG), but if you weren’t aware of the blistering original, you might even call this is a passable, self-aware and satisfying science fiction/action picture. And if you are aware of the original, the new one isn’t an insult.

You, dear reader, I’m going to assume you’ve seen the first film. So what’s new here? Well, Toronto is standing in for near-future Detroit, instead of Dallas in the first film. And an A-list cast lifts the quality of the material in surprising ways. With all respect due to Peter Weller, Nancy Allen and Kurtwood Smith, they can’t hold a candle to Gary Oldman, Samuel L. Jackson, Jennifer Ehle, Jay Baruchel, Michael K. Williams, Jackie Earle Haley, Abbie Cornish, and especially, without a doubt, Michael Keaton; it’s the most fun he’s been onscreen in decades. I hadn’t even realized how much I’d missed the guy until I spent time with his Raymond Sellars, the top dog at Omnicorp.

And yes, much is strikingly similar: Alex Murphy (swedish actor Joel Kinnaman) is a Detroit cop on the trail of a crime boss, with dirty cops in the shop making his life more difficult. He has a partner— Williams, who many will recall as Omar in The Wire—injured in a gunfight with those gangsters. Murphy’s car is bombed and he loses both legs and most of an arm. His wife (Cornish) has to make the call on an experimental procedure that could save his life.

Omnicorp is the company swooping in to help. They’re the American military contractor providing robots to war zones worldwide—a great opening segment in Tehran shows that there’s still big business in selling military hardware overseas, even if that hardware is robotic—street-level drones. And while right-wing TV broadcaster Pat Novak (Jackson) is a big supporter of Omnicorp’s work, even he can’t get the company’s robots to provide security services on the streets of America due to a no-robots-in-civilian-law-enforcement act. Of course, the Omnicorp braintrust—Ehle, Haley, Baruchel, and Keaton—sees the dollar signs if the act is overturned. They come up with the idea of a man in the machine to help sweeten public opinion.

With the help of scientist Dr. Dennett Norton (Oldman), Murphy becomes the titular cyborg. At first, waking up in a Chinese lab, he’s not crazy about the absence of most of his flesh, but with some tweaks to his program, he comes on board and is soon back on the streets of Detroit, zooming around in jet-black armour and crotch-rocket, solving his own “murder”.

Not all of this works, I’ll be the first to admit. For starters, it feels like Brazilian director Padilha is trying to cram a bit too much story into the running time, giving some elements of it a short shrift. Murphy coming to grips with what’s left of his humanity and his relationship with his wife and son is where the heart of the movie lies, but there isn’t much chance for that to develop, what with the inevitable action set-pieces dominating as we go along. And the action, with the exception of some clever ways Murphy uses his computer cranium and most excellent motorcycle, is fairly rote and video-game-esque. The material not featuring high-calbre machine guns is lit and shot like a CBS procedural and is painful to watch.

Let’s not forget, people, you’re watching a trashy remake of a witty but exploitative action picture from the 1980s. Set your expectations at medium from the get-go.

And yes, the 21st Century edition is more generic than its broadly comedic predecessor—though a few of the gags from the first film are at least nodded to. But, at the same time, there’s stuff here that really works. This is science fiction that speaks to our military industrial complex in bed with corporate interests, politicians and the media. It’s saying we’re all under surveillance, and before long we’ll all be living with military ordinance in the streets. And the door is wide open for a sequel that could bring on a Terminator 2: Judgment Day vibe: the next model of Robocop—something bigger, better and, maybe even artificially intelligent. I’m just saying that this movie made me wonder where else it might go, how it might get much better. As a franchise reboot, I’ve seen much worse than this.