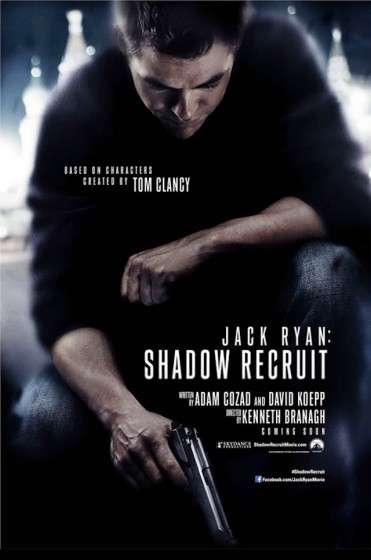 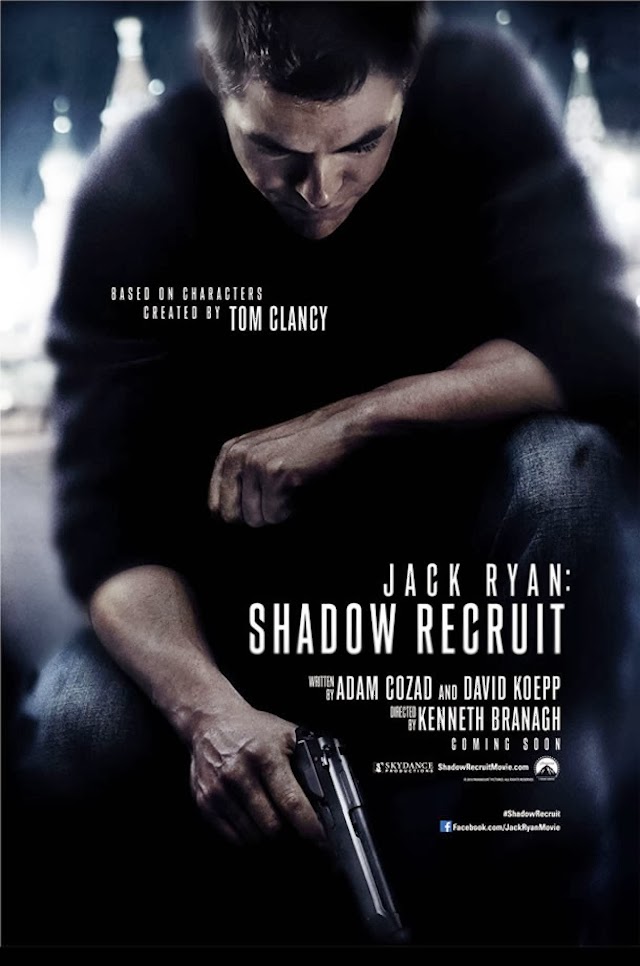 Directed by Kenneth Branagh
Written by Adam Cozad and David Koepp, based on characters created by Tom Clancy

It’s a very rotten spy thriller that I’ll pan. I just love the genre. I enjoy the twisty plots, the suspense and the international locations. But I can’t say too much about Jack Ryan: Shadow Recruit impressed me.

This is the same Jack Ryan created by Tom Clancy in his doorstop thrillers—played by Alec Baldwin in The Hunt For Red October, Harrison Ford in Patriot Games and Clear And Present Danger and Ben Affleck in The Sum of All Fears. Of the three of them, I’d say Baldwin was the most plausible as the academic turned field agent, but he also had heavyweights like Sam Neill, Stellan Skarsgaard and Sean Connery to balance the screen time. Ford provided another in his long line of solid, stolid screen heroes. And Affleck, well, to be honest I barely remember his take on the CIA analyst, but I do remember feeling a bit like I did coming out of the new one. Passably entertained, but not much more to say.

The reboot finds a younger Ryan at the London School of Economics at 9/11, this time essayed by Chris Pine. Then he’s in Afghanistan, and when he gets hurt he’s sent back to Walter Reed to recover, where he meets Cathy (Keira Knightly), a medical resident and love interest. He also meets Harper (Kevin Costner), who recruits Ryan to work for the CIA as he gets a gig on Wall Street, working at a firm with Colm Feore. A Russian client, Cherevin (Branagh), has some kind of secret dastardly plan, so Ryan gets sent to Moscow to suss him out, on orders for both his firm and The Company. By this point Ryan and Cathy are hot and heavy, but she doesn’t know about his sideline in espionage. You know she’s going to show up unexpectedly and make things difficult for Ryan to do his job.

I found it a bit hard to figure out exactly what Cherevin is trying to do, and why. Branagh has presence, and my Russian isn’t good enough to be able to tell whether his accent is appropriate—especially when he has a conversation with Mikhail Baryshnikov’s government minister. I guess I could say he’s brooding without being nearly threatening enough.

Behind the camera he provides a serviceable thriller, but one with real problems. His Moscow is painfully generic. Aside from a couple of shots of the Kremlin, it could be any European city. Two locations supposed to be Michigan and Pennsylvania are clearly a British small town and countryside barn. And the action sequences—a gunfight in a hotel room and a couple of car chases—are mediocre. Compare them to anything in the Bourne movies or the Mission Impossible pictures, the high water marks for this genre, and you’ll see what I’m talking about.

Costner is usually a likeable presence, though here he just seems bored. And there’s our leading couple. They have a few good moments in a mid-movie set-piece where they have dinner with Cherevin and liberate him from his security pass, allowing Ryan to infiltrate his office. It’s wildly implausible, and not nearly as suspenseful as it should be, but I enjoyed the acting.

However, Pine, while delivering a convincing vulnerability, struggles with carrying the film, the action beats, or projecting the kind of incisive intellect someone in his position would need. He’s pretty, but he’s no Chris Hemsworth. And Knightly, while managing a bland American accent, doesn’t get to do much but be used as a way for the bad guy to threaten our hero.

All this said, I still enjoyed myself because I have a real sweet spot for these movies. I just can’t recommend it to anyone unless you’re like me; a sucker for the spies.