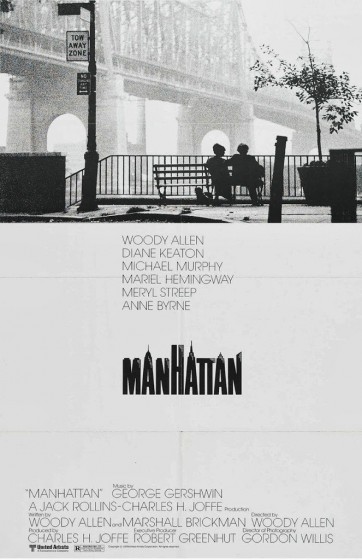 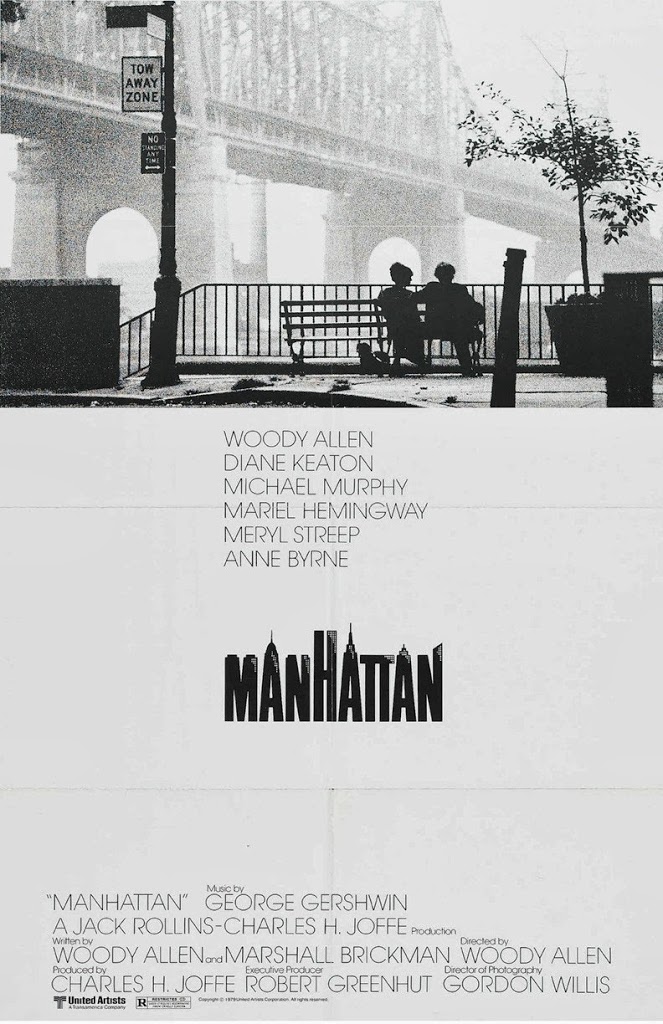 Yesterday I sat down with an old friend. We talked about movies, as we sometimes do, and since we both grew up watching Woody Allen, we talked about the reasons he’s been in the news lately.

She said, “I can forgive a lot, but this is one thing where I’d leave him on a desert island to starve to death.” Accordingly, she feels queasy even looking at a photo of the guy. It’s undoubtably going to taint her relationship to his work.

I get that. I don’t know if that’s what’s going to happen to me the next time I try to watch one of his movies. But I thought it was worth writing about, to get into the relationship we have with an artist’s work when the artist is revealed to be—or, at least, accused of being—the worst kind of person.

I certainly don’t feel qualified or think it’s appropriate to weigh in on whether I believe Woody Allen is guilty of what his adoptive daughter is saying. I’m actually not particularly interested in his personal life. That said, in cases like this, I understand why one gives so much credence to the accuser. It should be the default. What does she have to gain? Especially when Allen is a person who has so much power and prestige on his side.

[If you don’t know what I’m talking about, here are a few relevant links:

What happened at the Globes in January, Dylan Farrow‘s story in the Times, a refutation by the director of a documentary on Allen, a response to that, another blog supporting Farrow, and another member of their family going on the record as a supporter of Allen. Here’s  a timeline of accusations and events, for some added insight. There’s this piece from Vanity Fair, and then, finally, we have Woody’s own statement, also in the New York Times. ]

Now, having absorbed that, maybe discussing the subject of watching movies in the face of it seems trite. But since my relationship is to the work, that’s what I need to come to grips with, if I can. I have 20 of his films in my DVD library, more than any other single director.

This isn’t the first time I’ve wrestled with this art versus artist paradigm. The title of this blog is inspired by one of my favourite films, Chinatown, directed by Roman Polanski. I think most people know what Polanski did, and despite that, he continues to receive awards for his work while avoiding prosecution by living in Europe.

I totally get why that makes people sick. It makes me a little sick, too. I wish Polanski had seen the inside of a courtroom. What this society needs is more justice for victims of sexual violence, and that justice needs to be seen to happen, so the example is there for other entitled sons of bitches when they consider this kind of behaviour.

Yet the question remains, what of his work? And of Allen’s? Does it help the victims of crimes perpetrated by artists when the audiences boycott the art? What’s the relationship there, and what should it be?

I think carrying any kind of fealty for the movies is made more difficult with Allen since he so often stars in them, and almost every one wades into discussions of sex, romance, and family.

Allen’s films regularly feature stories embedded with the older-man-younger-woman trope that makes for slightly—or even firmly—uncomfortable viewing. Manhattan, from 1979, has a dynamic (a 42-year-old man, played by Allen, dates a 17-year-old high school student, played by Mariel Hemingway) that foreshadowed Allen’s own romantic life (Soon-Yi Previn was somewhere between 19 and 21 when they revealed their relationship. Allen was 56).

He’s famously reported to have said about the real-life pairing, “The heart wants what the heart wants.” I used to think that a very romantic notion.

I know this kind of thing, when considered more objectively, is circumstantial and unrelated: a leading man showing a passion for women younger than himself in movies doesn’t make you a pedophile or a rapist, it makes you male in Hollywood. But it’s exactly the kind of narrative element that’s harder to ignore in the work when the real life information intrudes.

I totally get why you’d want to abandon all of this to a desert island. The mind builds bridges, and when a compelling case is made, it makes it hard not to cross-reference. I’m not sure I’ll be able to disconnect from all this when I next watch Sleeper, Annie Hall or Crimes and Misdemeanours.

Because I really believe we can’t conflate the artist with what they make. If we do, we’re giving in to one of the worst legacies of the 20th Century, the unchecked ascension of celebrity, where the personality is more important than the work. We can assess the artist, and criticize the material for things like tired, regressive tropes of older guys macking on younger women, but we can’t confuse those stories with the person who wrote them. Because I think we see ourselves in the screen, not the screenwriter. It’s about celebrating the art, not the artist. That’s the point of this blog.

There are plenty of examples where the artist’s douchebaggery could sour you on the work. Here are a few just for the sake of it: Ezra Pound was a fascist and anti-Semite. Pablo Picasso was misogynist. Jackson Pollock was an alcoholic who cheated on his wife. Have you ever tapped your feet to an Ike Turner song? How about something produced by Phil Spector? Did you enjoy Ender’s Game? And feel free to find satisfaction in a movie starring Peter Sellers, such as Dr Strangelove or The Return of the Pink Panther, a guy who beat his wife and terrorized his children.

I don’t condone the behaviour of the artist because I appreciate the art. I do think that in our mediated culture, the conversation that so many people are having is absolutely essential. Especially in a case like this when the facts are in contention and will likely remain so. Especially when justice, whether appropriate or not, is unlikely to be found.

I feel very much the way this New Yorker does. Does that mean I’m ignoring some moral imperative or subscribing to rape culture by proxy? I don’t think so, but feel free to judge.

I’ll just say that I love the movies, and leave it at that.