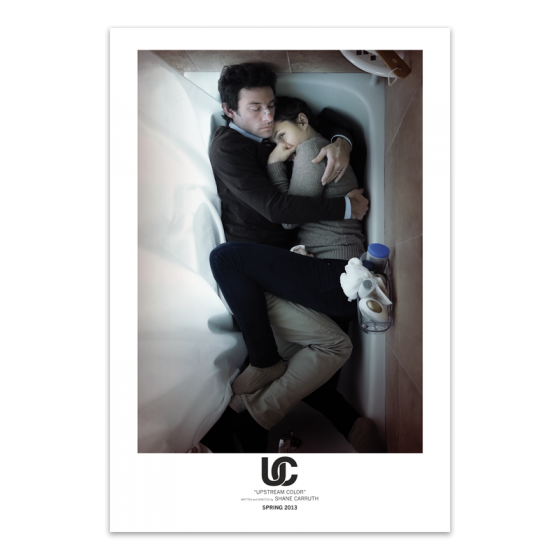 I measure the best movies of any year by a visceral reaction: When I walk out of the cinema (or away from my home screen, as the case may be) how much do I want to see it a second time, and how soon? Rewatchability is important. With that in mind, please find below a list of the 10 (well, actually, 11) best movies of 2013, IMHO.

Please come back later and I’ll provide you another list of quality films, my Honourable Mentions, which I’ve anointed with individual accolades. Any of them might have found their way onto the Top 10 on another day. This has been a damn good year for movies (and that’s said even though I haven’t even seen some of the well-received American indies like Short Term 12—and I’m not even mentioning excellent documentaries like Blackfish or The Act of Killing). Also with that list: a few movies that I really didn’t enjoy, my Dishonourable Mentions.

10. Upstream Color / To The Wonder
Shane Carruth must be a big fan of Terrence Malick, given how he directed his long-awaited follow-up to Primer, an expressionistic and challenging fantasy the likes of which I’ve not seen. Outside of Malick, that is. This year their films both pushed the boundaries of mainstream cinema, challenging audiences to go along with their gorgeously shot and edited stories that used techniques we just don’t expect or necessarily endorse in our average movie entertainment. This is visual poetry, not prose, and if you call yourself a film lover you owe it to yourself to see these them.
9. Enough Said
Nicole Holofcener directs her best film almost two decades into a sterling filmmaking career. The story of an awkward love affair between mature adults, it had some sitcom tropes in the plot, but the characterizations were so true, so warm, it didn’t matter at all. And James Gandolfini deserves to be remembered for this as much as he is for Tony.
8. Gravity
Technically and visually, Alfonso Cuarón’s film is probably the most impressive of the year, something that felt totally new when I saw it on the big screen. Not sure how it will translate, if at all, to home entertainments, it’s none the less a relentless, gripping survivor’s tale in a terrifyingly hostile environment, with a career best performance from Sandra Bullock. (Just wish they’d cut her backstory a little.)
7. Pacific Rim
No other movie this year made me feel like a 10-year-old boy like Guillermo Del Toro’s ode to Godzilla and giant robots. Big, big fun, I’ve already seen it four times, more than any other movie in the past 12 months. Sure, there are a lot of silliness, but no one should care. Ignoring the laws of physics is a requirement in giant monster/robot movies!
6. Philomena
This film was smart, funny and sad, without being saccharine or otherwise sappy. With another excellent performance from Judi Dench, who goes from strength to strength, a lot of credit should be given to director Stephen Frears, along with co-writer and star Steve Coogan, putting his natural crustiness to good use.
5. The Hunt (Jagten)
A Danish film directed by Thomas Vinterberg and starring Mads Mikkelsen as a man unjustly accused of sexually abusing a little girl deserved a much bigger release in 2013 than it got.  It will have you seething, this intimate drama that deftly explores mob mentality. In certain situations you can learn pretty quickly who your real friends are.
4.  Inside Llewyn Davis
The thing about the Coen Brothers is they just make it look so easy.
3. 12 Years A Slave
This should be shown in American high schools. It’s the year’s most harrowing film, and probably the most important from a societal standpoint, and had me weeping in that final scene. Why isn’t Solomon Northrup an American hero? He should be. Hopefully Steve McQueen’s film will help make that so.
2. The Past (Le Passé)
I caught this film at the Atlantic Film Festival, and it’s had limited release in cinemas in North America, qualifying it for my list. If you haven’t seen it, look for it in 2014. A divorce drama about Iranian ex-pats in Paris, no movie in 2013 (or, hell, in many years before), featuring just people in rooms talking, was so compelling, so unforgettable. Asghar Farhadi, director of the Oscar-winninmg A Separation, is doing amazing stuff in film I’m not seeing anywhere else.
1. Her
This is why I go to the movies, to see stories that make me think about my life now, and what it might be like in the future. Spike Jonze’s picture is brilliant and beautiful. 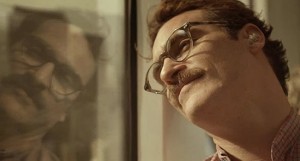 Thanks for reading my picks. If you disagree, please feel free to comment, or offer your own alternatives.