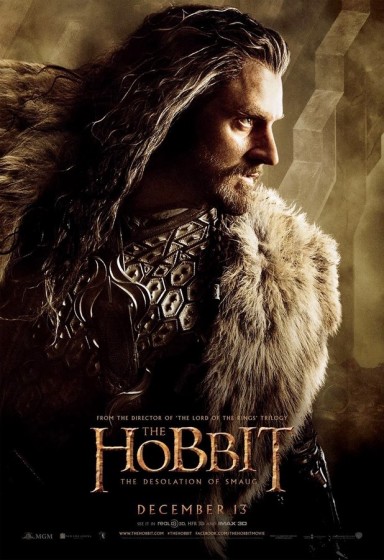 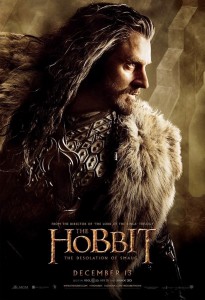 It’s the Hobbit 2: Electric Smaugaloo! (With apologies to Stephen Cooke—I had to use it!)

Yes, it’s the second in the wholly unnecessary three-part Hobbit saga. Full disclosure: I missed The Hobbit: An Unexpected Journey in the cinema. All the tales of its bloated running time kept me away. By the time I caught up with it on Blu-Ray, my expectations were solidly medium, and so found myself pleasantly surprised by the entertainment value on offer. I mean, sure, it didn’t come close to justifying its 169 minutes, but it had a lot of what I liked about the Lord of the Rings trilogy, a great sense of the world it’s set in as well as a lovely, whimsical tone, lighter and more playful than those earlier films. The plot was a bit muddled—tell me again why Bilbo agrees to go with all these Dwarves?—and there are too many of those fellows to keep track of, but generally it’s good, escapist fun.

And I’m pleased to report the second time out is quite a bit better. Having read the book in 1982, it’s long been burned out of my memory, so I’m coming to this stuff with a more-or-less blank slate.

This time we just get a lot more action and a lot less planning, which is a big reason for it being such great fun. The Dwarves—along with the titular Hobbit, Bilbo (the totally charming Martin Freeman)—are heading for their ancestral homeland, and need to arrive on a specific day, which will give them access to their cavernous home without being detected by an enormous dragon, Smaug of the title. He’s a terrible, elemental force, and has been squatting on all their gold. There’s also a gem of some power lost somewhere that might help them kill the dragon. Meanwhile, their ally, the wizard Gandalf (the eternally cool Ian McKellen), is investigating where all the nasty Orcs are coming from. Turns out it’s a scary, flaming vagina that should be familiar to those who’ve read the books or seen the original trilogy.

The action set-pieces are nicely distributed through the film, including a fight with horrible, giant spiders, an encounter with different elves (many people with pointy ears in this thing), an escape down a river in barrels, more fights with river folk, Orcs, and the eventual, inevitable, giant winged lizard, voiced by the honey-throated Benedict Cumberbatch. And he’s really something, with plenty to say and a great, expressive face.

Highlights include getting to know a few of the Dwarves a little better, especially their conflicted, driven King in Exile, Thorin Oakenshield (Richard Armitage), and spending time with a familiar elven archer (Orlando Bloom) and his less-familiar female companion (Evangeline Lilly). Some of the best action involves their blades and bows. And Stephen Fry is in this movie!

Yes, it’s still too damn long. But the lulls are more bearable because they’re punctuated by a series of great moments, spectacular evil creatures, and the most charismatic, well-spoken dragon… probably ever.