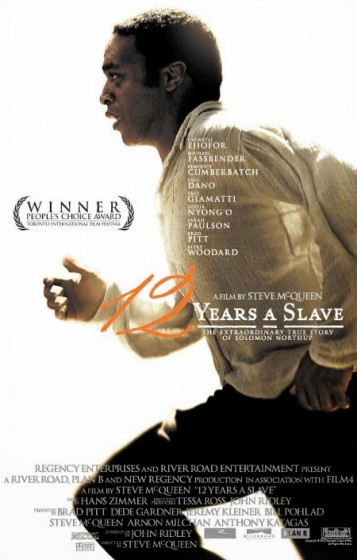 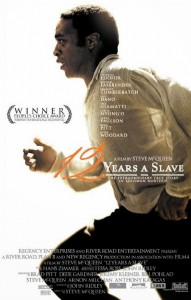 12 Years A Slave is the most honest and unvarnished depiction of slavery I’ve ever seen. I’d wager it reaches a verisimilitude unmatched in the history of Hollywood movies on the subject—of which there haven’t been that many, granted. It’s hard to find historic material more deeply shaming to Americans. Maybe an American director couldn’t quite do it justice: it took a Brit to really tell this story. It’s not one of redemption or a hero’s journey. It’s about the facts of the matter; people can be cruel, slavery was a business, and once upon a time in America, business was good.

Based on a true story from a book published in 1852, we have Chiwetel Ejiofor as its author Solomon Northup, a free man living in the Saratoga Springs with his wife and two children. His creative ego flattered, he becomes the victim of a con, kidnapped and shipped off to the antibellum south as a slave. Now called Platt, he’s sold by a slave trader (Paul Giamatti) to William Ford (Benedict Cumberbatch), who admires Northrup’s education and knowhow, allowing him to use it to benefit his logging business. But his foreman (Paul Dano, another weasel to add to his collection of portrayals) resents the power dynamic, so Northrup is sold again, to Epps (Michael Fassbender), a cruel, alcoholic plantation owner. Epps treats his slaves like property, to do with what he likes, even as his wife (Sarah Paulsen) resents his obvious interest in a young woman (Lupita Nyong’o).

Ejiofor has carved out a great career in leading and support roles, in films like Amistad, Dirty Pretty Things, Serenity, Kinky Boots, Inside Man and Talk To Me. His versatility with accents means he has no trouble filling roles as a character actor in any kind of movie. This time I have no doubt we’ll be seeing him nominated for all the acting awards when the season gets going. His large, expressive eyes say so much more than he can with his voice: rage at the injustice, aching sadness and loss, resignation and finally, defeat. But there is always a glimmer of hope in him that his situation, an unending nightmare, will change. He may be beaten, but he’s never broken, which is what makes this grim and frequently shocking film so poignant.

Fassbender is also very, very good here. Also worth noting is Nyong’o, who in her first feature role has a few spectacularly effecting scenes.

McQueen gave us the stylish, even self-consciously arty, but deeply felt dramas Hunger and Shame. Here he still loves a beautifully composed and framed image, but he lets the script and performances take the fore, elegantly flashing backwards and forwards in time but never straying far from the core drama of the thing.