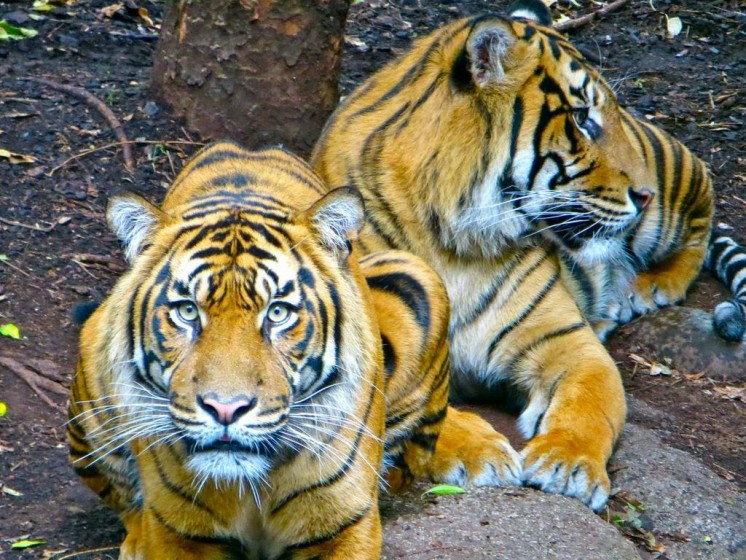 Written and directed by Geoff D’Eon

“We only protect what we love. And we only love what we know.” So says German zookeeper Jörg Junhold in the CBC DocZone documentary Zoo Revolution, airing on Thursday, October 3. It also showed at the Atlantic Film Festival.

It’s a concise and clever look at the conundrum of modern zoos, presenting arguments both for and against.

On the pro side are the people who say that we fall in love with animals at zoos, that they promote conservational attitudes and environmentalism. That zoo animals are ambassadors for their brethren in the wild.

On the con side are the people who say zoos are a terrible example to our children and for our society, that they are no more than animal prisons. And if the zoos are supposed to be creating conservationists, where are all those people? If the animals are ambassadors, why is whale conservation such a powerful movement? (There aren’t any humpbacks in captivity, but we find it in our hearts to care about them.) Then there’s the question of extinction. Can zoos help preserve species? Many voices weigh in on the possibilities, including famed primatologist Jane Goodall.

What is inarguable is zoos are a multibillion dollar business worldwide, attracting, according to the doc, 700 million visitors annually. How about this stat: in North America, zoos attract more paying customers than all the major sports franchises combined! Clearly, many people don’t think zoos are a bad thing. Of course, not all zoos are the same. Some are deplorable, by almost any measure.

“We have this peculiar confliction of wanting to worship nature, but also wanting to dominate it and control it,” says global zoo expert David Hancocks.

The doc reviews the history of zoos, and reports some interesting facts maybe not everyone knows. For instance: almost all zoo animals these days are born in captivity. It shows some great examples of expansive, modern zoos, like the incredible tropical jungle under a huge glass roof in downtown Leipzig, Germany, and the Detroit Zoo with its glass tunnel at the bottom of the Polar Bear pool.

Though I can see the documentary-makers going to some effort to be even-handed, as a viewer I found it very hard not to be amazed by the footage of the animals, the zoo visitors getting up-close experiences of feeding giraffes in Florida, for example. The wonder of these creatures, even just onscreen. Of course, we want the opportunity to be close to them in real life.

But I also recall seeing Blackfish at the AFF. Zoo Revolution is an excellent companion piece to that doc, and neither are to be missed. That’s not to suggest zoos are the equivalent of the aquatic parks where people go to see orcas perform. I think the ethical questions are different—though some would certainly argue otherwise. But on the subject of animals in captivity, the more we know the issues, the better.