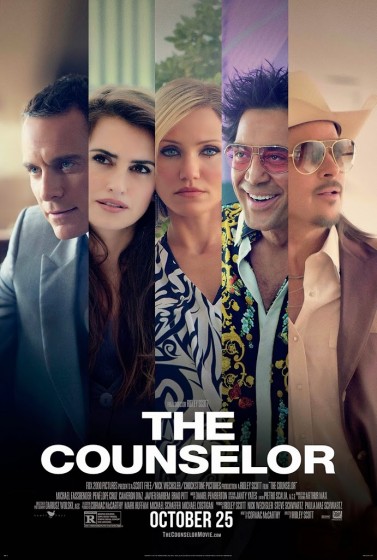 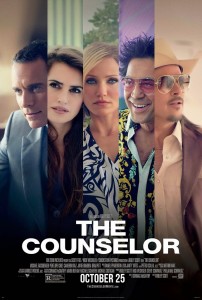 This is the first screenplay written directly for the big screen by Pulitzer Prize-winning McCarthy, whose dusty, western novels often concern themselves with the darkness in men’s hearts—adapted in movies like No Country For Old Men and All The Pretty Horses, as well as the post-apocalyptic The Road. This, too, cleaves to those themes. And while nobody actually talks in real life like the people do in this movie—”truth has no temperature” is a typical line—McCarthy’s writer-y dialogue spins, tickles and surprises. It’s fun to listen to coming out of people’s mouths, but a certain inevitability in the plotting and no one to really root for will probably leave an empty feeling in your gut as you exit the cinema.

Director Scott seems to be channelling his late brother Tony here. Tony was the capable deliverer of glossy and trashy crime dramas Revenge, True Romance, Man On Fire and Domino. This feels like a more philosophical, nihilistic take on one of those pictures, fuel-injected by McCarthy’s high-brow/low-brow misanthropy.

We start beneath crisp, white sheets with two beautiful people: our counselor (Michael Fassbender, something of a cypher here) and his lady love, Laura (Penélope Cruz). From the get-go the counselor, along with a Christian name, isn’t credited with a whole lot of smarts. He’s regularly informed of key knowledge he hadn’t considered (and he looks stunned by the incoming data), provided mostly by his drug-dealing buddy/client Reiner (Javier Bardem, rocking some typically bad hair), who exemplifies the dictum that outrageous wealth is inversely proportional to taste. Another client in the same business, Westray (Brad Pitt, finally starting to look his age), also tells him things he didn’t know, and maybe didn’t want to. This is a boys club where the women must machinate on their own, if they have the skills and inclination. Which the truly nasty Malkina (kohl-eyed, tattooed Cameron Diaz), Reiner’s moll, does.

So our man is in some kind of financial difficulty, despite driving a Bentley and working for these guys with very deep pockets. When he does a dirty deal, importing cocaine, with Mexican cartels, do you think things are going to go well? We know he wants to treat Laura to the best of everything, including putting huge rocks on her finger, but there’s no doubt from the very beginning that this enterprise is doomed, and anyone with a modicum of decency who enters this world, he and everyone around him will suffer.

When Westray directly references Mickey Rourke in Body Heat, it’s also a nod that what goes on here hasn’t anything but a passing resemblance to reality—this is a movie snugly in a tradition, one of very bad people who do very bad, desperate things.

And there are things to enjoy in that: an outrageous scene where Malkina has sex with a yellow Ferrari—she has sex with a car, you read that right—plenty of talk about creative ways of beheading, and juicy, if small, supporting roles for the best actors you can buy as day players: Rosie Perez, Bruno Ganz, Toby Kebbell, Rubén Blades, Natalie Dormer, Goran Visnjic, and (blink-and-you’ll-miss-him) John Leguizamo. And every shot is gorgeously, perfectly composed in that way Scott does.

But I can’t deny how little sense some of this makes. There’s a wandered-in-from-another-movie scene where Malkina browbeats a Catholic priest at confession. And, unfortunately, audiences have to muddle through a real lack of suspense as the many different pieces of the plot snap together and people start to die, with our titular fellow being shown the real-world cost of his poor decision-making.

Even at the end, our confused hero is lectured to on what the world is really like by an articulate, not-entirely unsympathetic heavy. It’s just a different heavy than before, but the lesson is the same. Maybe he finally learns it this time.

So, if you enjoy your crime movies for those small, delicious, cinematic joys, The Counselor delivers. In most other ways, like providing heart or caring or even logic, it doesn’t. How you feel about it will depend largely on from where you get your pleasure in the dark.

Does a bitter tale of bad men (and women) work for you?