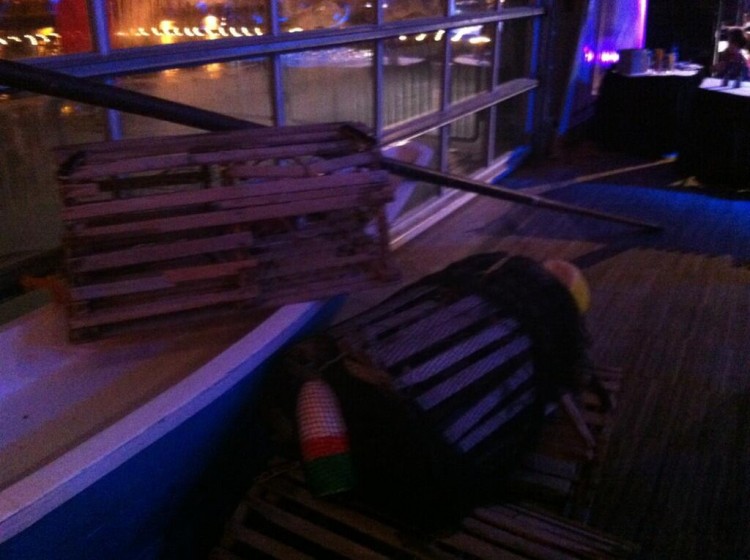 Had an interesting conversation today with a friend—also a Come From Away (CFA) like me—and it got me thinking about the cultural mythmaking present in The Grand Seduction. The film is a remake of a film from Quebec, but there are particulars included in the English-language version I don’t remember in the original. For instance, the preamble about the brave, hard-working fishermen who made a life for themselves before the cod went away. And the city feller having a drug problem, along with his joke (?) about being mugged by a homeless guy. It’s not especially funny, those cliches about people from the city, but they’re easily shrugged off, I suppose. They’re just like the cliches perpetuated about how people in Atlantic Canada, from New Brunswick to Newfoundland, all good-hearted, plaid-wearing, bagpipe-playing fishers. After awhile you get used to how rampant they are, and how nobody calls anybody on them.

This isn’t to say the story told in The Grand Seduction doesn’t have a lot of heart in it, and it worked on me; I enjoyed the film’s sweetness, look, performances and script. But somewhere in there is a clutching to some kind of image of what life is like in this part of the world, and it’s a story that I’ve heard a bit too often. It’s conservative and doesn’t reward fresh ideas.

In the conversation I had with my friend, we both agreed the heavy hand of those older, white guys who hold the cultural purse strings in Atlantic Canada mean change is slow, maybe to the detriment of new and different stories by and about the people who live here. There’s only so much money to go around, after all. I’m just saying is if we want better, stronger and more interesting films and music and art, we need to see what’s happening here in a different way and be willing to support it. I love the Atlantic Film Festival, but this is where this stuff needs to be discussed, because it’s one of the only places local filmmakers get to show their work. And with options for financing diminishing all the time, we especially need to speak up about what’s important.

And the cliches are everywhere, especially in the packaging. For instance, who decided sparkly rubber boots was an appropriate symbol for a film festival? What are we, a bunch of glam queens who walk around in the mud? And who thought it was a good idea to dress the Cunard Centre with lobster traps, fishing nets and little boats for the Gala Party last night? These traditions, as rooted in the land and sea as they may be, have little to do with the vibrant, creative and active people who are telling stories in the arts around here. It’s embarrassing to be represented in such narrow ways, and I think a lot of people are tired of it. And if I’m wrong about that, you can tell me to bugger off back to wherever I came from. It wouldn’t be the first time it’s been suggested.

It’s a great thing that there is local talent like Ashley McKenzie, Corey Bowles and Jason Eisener, filmmakers who are unafraid to tell stories outside party lines. The question is, will they be able to make a living in their art if they stay in Atlantic Canada? I think they want to stay, and I know they want to make movies. It’s a question for the municipal, regional and national funding bodies. And it’s a question for you.