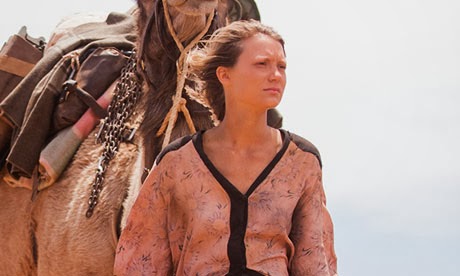 I got to see two programs of Atlantic Shorts this year, fewer than I’d have liked, but sometimes that’s just how it goes. The Shorts Gala, which I caught in its encore presentation, was stuffed with quality work. Here are a few that really grabbed me:

The Art of Decay by Jillian Acerman
This New Brunswick short celebrating dance has a dynamite visual trick involving mirrors. Or, maybe not. Whichever, it’s sophisticated stuff, I thought.

Wing Man by Jesse Harley
I wasn’t sure this modern take on cupid quite holds together as a story, but the fetching leads (Jonathan Torrens and Riley Raymer) and the delightfully sweet denouement made it work. I can totally see this turned into a feature-length film with the addition of a few wacky supporting characters, including a domineering Venus.

Infanticide! by G. Patrick Condon
An energetic period satire on the pressure modern parents put on their kids, this short has two big things going for it: a hilarious script and amazing 1950s sets and props.

Twenty Eight Feet: Life on a Little Wooden Boat by Kevin A. Fraser
This was my favourite from this batch of shorts: a gorgeously shot mini-doc on how a person makes a go of it on a small, wooden sailboat, travelling around the Caribbean (and beyond). All my questions were answered in its running time: how to make an income, how to maintain the boat, and how to feed yourself while you’re on it. For those of us who dream of freedom from our nine-to-five, here’s a spectacular nine-minute primer on how it’s done.

Scarlines by Stephanie Young
A modern and quite affecting tale of a post-op transman visiting his long-abandoned hometown where he goes unrecognized—for the most part. 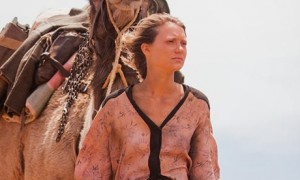 Tracks is based on the true story of an inveterate wanderer: Australian Robyn Davidson, who in the mid-70s walked from Alice Springs in central Australia to the western coast, some 1700 unforgiving miles of sand and scrub, in the company of four camels and a black lab. She wrote about it for National Geographic and eventually expanded the article as a book, Tracks. The film comes from director John Curran (The Painted Veil), and it’s a triumph in everything it’s trying to do. Casting Mia Wasikowska, one of the most self-possessed young actors around, as Davidson, is part of the masterstroke. At no time to you ever doubt her character’s spirited belief in herself, even as her life is in serious danger out there in the relentless heat, even as she herself wonders why she’s doing it. And though many of the people who care about her—and even those who don’t—consider her trek to be an act of insanity, it attains a kind of epic quality, a representation of the human need to do the creative and the extraordinary. The film also works as an ode to self-sufficiency and the pleasures of solitude. In a strange, different ways, it reminded me of both Lawrence of Arabia and Man on Wire. Offering stellar support as a Nat’l Geog photographer is Adam Driver, someone anyone who watches Girls will recognize. I have no idea when Tracks will open in North America, but I hope it does before the end of December: Wasikowska deserves an Oscar nod for this role.

The AFF chose to give out part of their awards on Sunday and the rest yesterday. Here are the second half, and congratulations to all:

Right, that’s me, signing off on this year’s Atlantic Film Festival. Thanks to everyone who is involved at the fest, all the promoters, programmers, staffers and volunteers. And to Wendy Phillips, for always being so helpful. The AFF is a huge pleasure to cover and to be immersed in. Hope to see all y’all again next year.