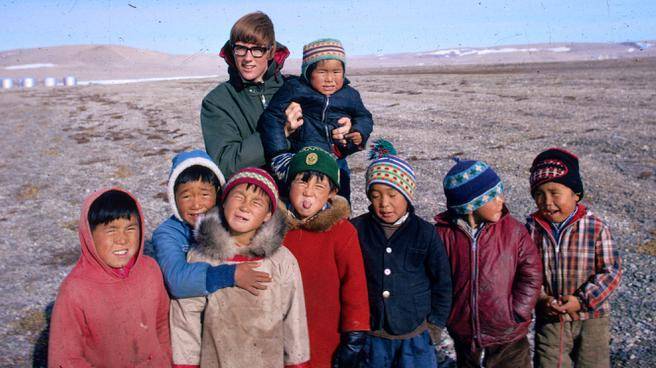 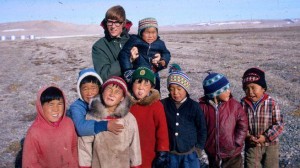 Renowned Halifax-baseed documentarian John Walker’s Arctic Defenders comes from a personal place, his fascination since his childhood in Quebec for the Inuit—of course, at the time, known as Eskimos. When he was able to get aboard a ship to Resolute Bay in 1968, it eventually led to his understanding of what had happened in the early ’50s, that a group of 17 Inuit families had been moved by the Canadian government from Inukjuak 1500 miles north to Resolute and Grise Fiord in an effort to establish the country’s national sovereignty in the high Arctic, beyond of the Northwest Passage. But what Arctic Defenders is really about is the young, radical and activist generation of Inuit who worked to establish their own sovereignty in the region, their own cultural and land claim, people like Tagak Curley and John Amagoalik, which led to the creation of Nunavut and the largest territorial shift on the planet. They were the first generation who spoke both Inuktitut and English, which allowed them to communicate and demonstrate the interests of all the generations of their people. The film is a clear-eyed and inspiring look at the complicated history of a heartfelt heritage movement, and how the ignorant—maybe even bigoted—provincial politics made it especially difficult to achieve. It happened, but it took decades. And, beyond that, the film brings us up to speed on how some of the people of Nunavut help keep an eye on things as the climate changes, continuing to both depend on and protect the land. As Arctic Defenders points out, sovereignty can also mean welcoming people and sharing your food. 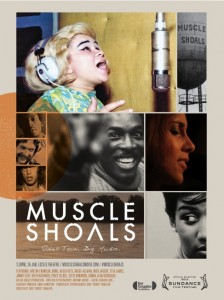 Muscle Shoals is an Alabama town out of which came some of the greatest American music ever. I’d heard of the place, and I knew it was important to soul and R&B music, but I didn’t realize the breadth of what happened down there. Muscle Shoals an essential music documentary for anyone with even a passing interest in rock and roll, in all its varied forms. The doc is also a tribute to the man who started the Fame studios, Rick Hall, and all his collaborators, some of whom went to found a competing studio across town. Between the two of them, they recorded some amazing music. Classics from Percy Sledge, Etta James, Aretha Franklin, Wilson Pickett, The Allman Brothers, The Rolling Stones, Paul Simon, Traffic, Clarence Carter, Jimmy Cliff, and a whole bunch more. The doc makes the place sound like it’s got some kind of mystical energy. I’d love to visit. For more on the film, go here.