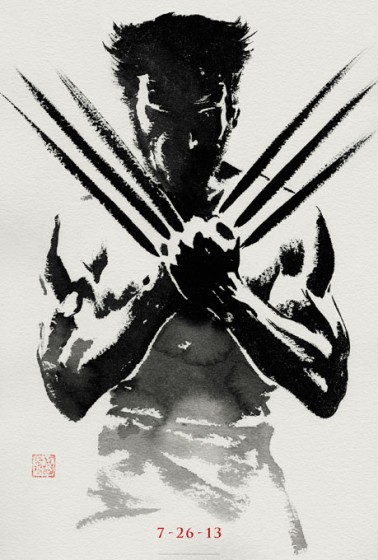 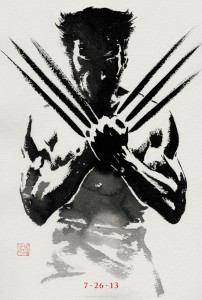 Well, it’ll surprise no Marvel Comics fan that The Wolverine doesn’t come close to being as good as its source, the four issue Wolverine miniseries from the early 1980s it’s based on, the one written by Chris Claremont and illustrated by Frank Miller. 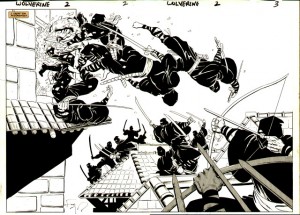 That story was the first to really give the character depth, above and beyond his being a berzerker-rage beast, the adamantium-clawed mutant. Wolverine (the miniseries) read like a moody spy thriller, with Logan the outsider in Japan’s biggest city, tangled up in love and honour. But he was someone who’d been there before: he spoke the language. He even had friends in Tokyo. And there was this great first-person narration, which lent it a noirish feel.

I do give full credit to the producers for going to it as inspiration for this film, and when they get close to that source is when The Wolverine is at its best. However, it’s when the film has to also be a generic superhero movie that it disappoints, and unfortunately it needs to do that too much of the time.

This is the sixth time Australian Hugh Jackman has played the hairy Canadian bruiser, and it’s great to see him back in the role, more pumped and grizzled than ever.

This story takes place after the events of X-Men: The Last Stand from 2006, Brett Ratner’s royal screw-up of a franchise which, at that point, had given us two solid movies. In it, Jean Grey returns from the dead as Phoenix, and what might have been a great cinematic version of another of the classic Marvel comics wound up being a fairly forgettable mutant movie. (Interestingly, comic creator Chris Claremont, who basically made the merry mutants everything we love about them today, feels much like I do about all this.) But as disappointing as it was, the first spin off, Gavin Hood’s X-Men Origins: Wolverine, was a bigger waste of time, the poster boy for a pointless, by-the-numbers superhero picture. I’m happy to say that The Wolverine is a big improvement over either of those.

What The Wolverine takes from the Ratner film is the residue of the Logan-Jean tragic romance, something that never happened in the comic and never should have in the movies. But, whatever, the lovely Famke Janssen as Jean does return, haunting our hero’s dreams. He’s feeling some guilt for having ended her life.

Like the comic, we first meet Logan as he haunts a crew of unethical hunters in the Canadian hinterlands who are using poison on their crossbow bolts, a trick certain shadowy antagonists use later on Wolvie himself.

Logan is invited to Tokyo by Yukio (Rila Fukushima)—a skilled warrior in the employ of Yashida (Hal Yamanouchi)—and friend to Mariko (Tao Okamodo), Yashida’s granddaughter. Back in the war, the immortal Logan did a favour for Yashida, and as Yashida is now dying, he wants to give Logan the gift of mortality. And a sword. That seems like an odd thing, but already we’re playing by different rules in a different game. Maybe some of these signposts are actually cultural cliches, but for the needs of this kind of movie, I was able to forgive it a certain pulpy shorthand.

Logan does lose his vaunted healing ability—though, interestingly, still doesn’t seem to bleed much from his knuckles when those claws are extended and retracted—and finds himself on the run to the southern part of Japan with Mariko—her fiance, politician Noburo (Will Yun Lee), her father, the gangster Shingen (Hiroyuki Sanada), and mystery oncologist Viper (Svetlana Khodchenkova), all on their trail.

This is where the movie is at its best, even with some uninspired action scenes. Instead of being an interlocking piece in a larger series, this film feels self-contained, Logan wrestling with his demons privately as he wrestles with the Yakuza and a passel of ninja in public. 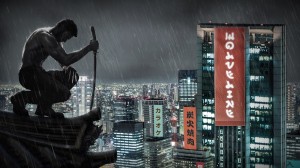 The dialogue and plotting are both pretty clunky, and James Mangold (3:10 To Yuma, Walk The Line) is a journeyman director. That’s not a slight, and I get the impression his heart is in the right place, but there’s very little of a signature style in evidence, or distinct visual flair. I did notice that Logan’s arrival in Tokyo is almost shot-for-shot like Bob Harris arriving in Lost In Translation, the same location, the same flashy billboards at night, same passenger in the back seat of a limo.

One can’t help but wonder what Darren Aronofsky’s The Wolverine would have been like. The director of The Wrestler was attached early on to this project.

All told, I was enjoying myself. Then, in the midst of the third act, the movie reverts to Ratner-ville: A battle in an enormous research facility, and the arrival of another character from the comics, the Silver Samurai, but shoehorned in by a ridiculous plot development that it comes close to souring all the good that went on before. That’s not even the worst of it; suffice to say I wasn’t impressed at all by a late-day cosmetic alteration to one of Wolvie’s gifts. It made next to no sense.

So, a disappointing finale, somewhat redeemed in the final moments. But there’s enough here in the start and middle to recommend it, for fans of what made Wolverine compelling to start with and for fans of how Hugh Jackman has made him real on the big screen.

And, of course, there’s a big nod to X-Men: Days of Future Past, another classic tale of the X-Men adapted in a forthcoming feature. We can but hope returning director Bryan Singer will give us something with a bit of verve. He has before.