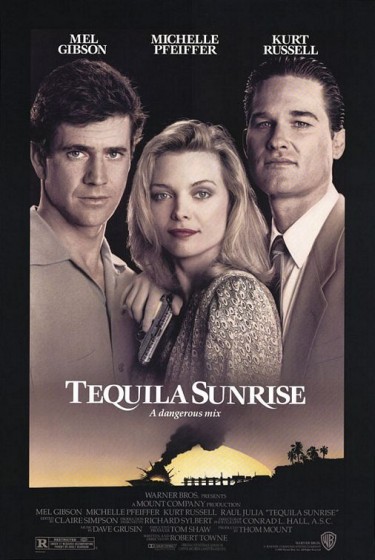 The last one of these digressions was also a Michelle Pfeiffer movie, but you shouldn’t expect a pattern.  Here’s one that the critics were particularly cool on—it remains at 44% on Rotten Tomatoes. But it’s a film that deserves a cult. I’m happy to be in it, even if I’m the only one.

When this film was released, these three actors’ careers were sizzling. And Robert Towne was, and still is, the guy who wrote Chinatown. While he’d only directed one movie, the same-sex romantic and sports drama Personal Best in 1982, it was well-received, if not a commercial hit. Expectations were high all around for Tequila Sunrise. Maybe that’s why critics were so tough on it.

I saw it and I loved it, and continue to enjoy its complications.

Dale “Mac” McKussic (Mel Gibson) and Nick Frescia (Kurt Russell) grew up together. They went to high school together. They got drunk and smoked joints on sun-touched California beaches together, probably chased all the same girls. But after that, Mac became a professional drug dealer and Nick became a cop. They stayed friends, even when Mac got busted in Mexico and was thrown in jail. And while Mac was locked up, he made friends with a big deal drug smuggler named Carlos (Raul Julia).

Now Mac is trying to go straight. He’s got a legitimate business, a son (Gabriel Damon) and and an ex-wife (Ann Magnuson) to manage. He’s also got lots of people who want him to stay in the drug game, including his thick-as-mud lawyer Andy (Arye Gross), his equally dense cousin Gregg (Arliss Howard, who I always confuse with Gross for some reason), and Carlos, who has some unfinished business back in Cali.

Nick, now a lieutenant, has his own problems. He doesn’t want to bust his old friend, for starters, though he has DEA Agent Hal Maguire (JT Walsh) breathing down his neck to do so. What he really wants is to catch Carlos.

Part of the reason Mac wants to be a good boy is so he can earn the respect of restaurateur Jo Ann Vallenari (Michelle Pfeiffer), who runs a popular Italian joint. That’s where Nick and Mac catch up over fancy pasta dishes, and where Mac introduces Nick to Jo Ann. 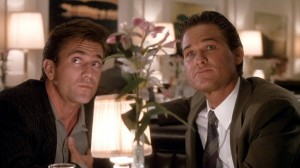 This triggers a love triangle—Nick might be making the moves on Jo Ann to figure out what she knows about Mac’s activities, or he might be falling for her. Mac, on the other hand, as a once and perhaps future drug dealer, he just likes her. She symbolizes the other life that he so craves, one where he doesn’t have all the headaches that come from being a professional criminal.

Towne proved in Chinatown just how deft he is with a neo-noir storytelling template. The character relationships are complex, and you need to pay attention to pick it all up. And, like Chinatown, this is a daytime noir, only going deep into night scenes at the end. And here, the daylight is a gorgeous golden haze through Conrad L. Hall’s lenses. Watching the film, it’s hard to believe there’s ever cloud in the California sky.

This is not to say Tequila Sunrise gets near the bleak magnificence of Chinatown, but there’s a great deal of deliciously similar plotting and labyrinthine character motivation, where the pleasure comes from the revealing of said details.

Witness the scene at the restaurant where Nick comes clean with Jo Ann about his job’s intent confusing his personal, where he admits he’s been checking up on her. Maybe he’s being honest, maybe not. While they’re talking, she gets a call and he goes to pick up a book of matches nearby to light his cigarette. Then we see what she sees: he’s got a book matches at the other end of the bar. He wanted to listen in on who was calling her. That’s such a great moment: it says a lot about his character. Nick is as manipulative and morally compromised as his friend, Mac. Maybe more so.

Then there’s the moment at Mac’s beach house where he finally reveals his romantic inclination towards Jo Ann. Gibson and Pfeiffer are on fire. These are two magnetic performers at their fetching peak, no doubt. 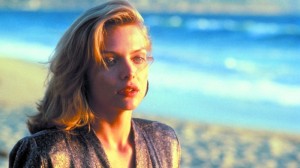 All this to say, I recognize where the film doesn’t quite hold together. The conclusion is anticlimactic; too many location changes and too little suspense. Not nearly enough action. Why is it that Mac has a mid-Pacific accent and Nick doesn’t? Aren’t they from the same neighbourhood? And elements of its ’80’s style are painfully dated, from the sax solos in the score to Jo Ann’s shoulder-padded jackets to Nick’s greasy, slicked lid. But all of that is small potatoes compared to the joy of spending time in this movie. 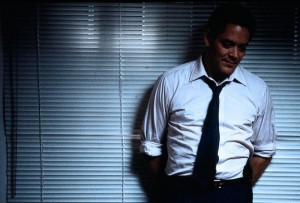 Raul Julia is Tequila Sunrise‘s secret weapon. It’s the key supporting role, and he’s so much fun. He had such warmth on-screen, and his bromance with Mel Gibson’s Mac is the movie’s most resonant relationship. He was such a great actor, and is still missed. 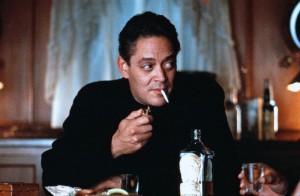 Make time for this movie if you’re in the mood to watch sexy stars speak in dazzling dialogue under the California sun.