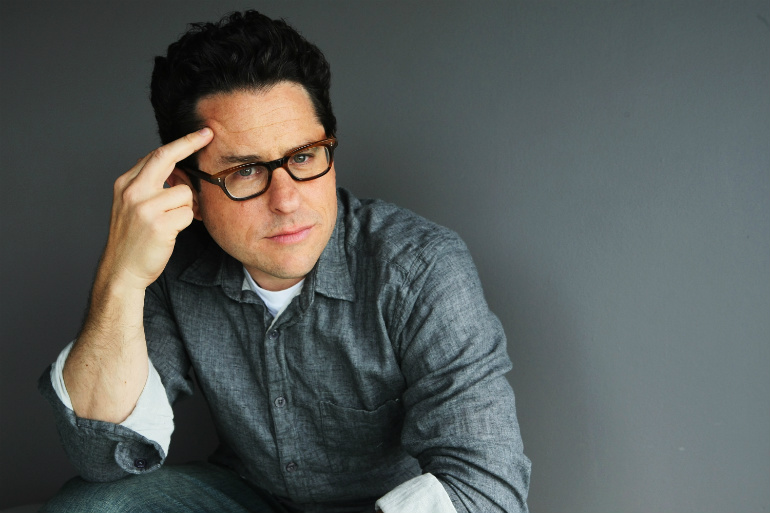 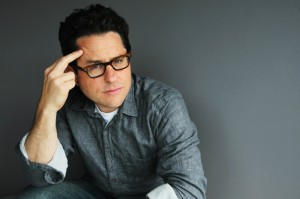 If you’re in the Nerderatti, you’ll have heard the news: JJ Abrams has been hired by Disney to direct a Star Wars movie, the first of three new features to continue the space opera past Return of the Jedi.

What to make of this? I’ve been letting it all seep in and need to write it out.

For those who don’t know, I’ll review:

Star Wars was my personal mythology growing up, and that of most of my friends. Before the geeks inherited the earth and Hollywood embraced the awkward, comic-loving, fantasy-consuming, virginal horde, it was one thing that kids of my generation felt they could bond over. Ask Kevin Smith, he’ll tell you. 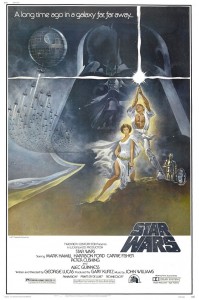 I adored “the original trilogy,”—and never much worried about the fact they were tagged Chapters IV, V and VI of some larger epic—even while I recognized the flaws in Jedi; the irritating Ewoks, the redundancy of a second Death Star, and the redemption of Darth Vader, which I never quite bought.

Then George Lucas made the three prequels, which, while getting markedly better as they went along, upset many of his original fans for fucking up much of what we held sacred. The backlash against Lucas and the dire prequels even has a documentary.

We now live in an Age of FanFiction, where original content is reinvented and restaged by new creators. And that’s where JJ Abrams comes in. He, along with guys like Zack Snyder and Joss Whedon, grew up inspired by Lucas, Steven Spielberg and Gene Roddenberry.

Abrams cut his teeth in TV, with shows like Alias and Lost. This guy can spin a yarn and he knows his way around original fantasy material. This is the part of his resume that I like the most.

The part I like the least is his work in the 1990s as a screenwriter, responsible for the execrable Armageddon and Regarding Henry. But those were both awhile back, so I’m not going hold it against him. And, for the length of this ramble, anyway, I’m also going to resist heaping scorn on his odious visual signature, the “lens flare.”

Since then he’s moved into directing movies, starting with Mission: Impossible III, a solid and satisfying entry in that franchise. 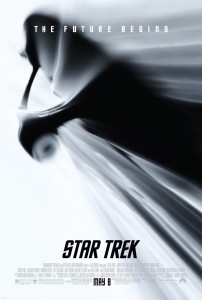 He followed that up by bringing Star Trek back to life.

At the time, Star Trek was fallow and played out. The last TV series, Enterprise, didn’t have a lot of fans—though I was one—and the last couple of Star Trek: The Next Generation films, Insurrection and Nemesis, were underwhelming.

I recognize that Abrams’ 2009 feature Star Trek movie was a big success in the eyes of many. A lot of people loved what he did with the material. I’ll concede that by creating an alternative timeline, he was able to cleverly reimagine the familiar characters and surprise people with changes to the mythos.

But, for me, Star Trek only really worked on TV. That’s where it started and that’s where the serial could explore various cultural, social and political ideas, and really flesh out the relationships between the characters. It was never just about starships, about aliens with rubbery foreheads, pointy ears and green blood. The movies were bigger-budgeted versions of the shows, and at their best, furthered the plot elements founded on the small screen—for example, see the exceptional entries The Wrath of Khan and First Contact. And as much of a fan I was of Star Wars as a kid, as an adult I really loved Star Trek.

Abrams’ Star Trek took all that history and made it an interstellar action movie, casting a bunch of young actors, none of whom had much weight. And it was fun, no doubt, but it was absolutely fan fiction. Big-budget, wide-screen fan fiction. Roger Ebert nailed it in his review. He called it a movie with plenty of narrative housekeeping. (Which actually bodes well for the sequel due out this year, Star Trek: Into Darkness. Less need to reestablish.)

But, my point is while Abrams successfully brought Star Trek back, it wasn’t my Star Trek. Had he done it on TV I might have more affection for it, but as a feature film franchise, it’s a simulacrum of what I loved about the many TV series. A facsimile: Strangely familiar, but still utterly different, and missing what made it special in the first place.

Then Abrams made a film that must have been close to his heart: Super 8, about suburban kids in 1979 making movies and encountering an alien. Abrams recreated a world familiar to anyone who saw any of Spielberg’s films from that era. With Spielberg producing, it should have been a slam dunk. But Abrams bobbled it badly. While his cast of kids are great, the film aped Close Encounters and ET without capturing their sense of wonder. It’s made worse by a cheesy CGI alien and a disappointing third act. 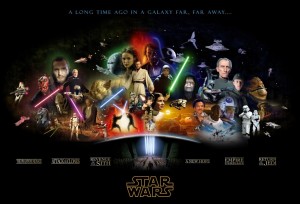 And now he’s getting his hands on Star Wars.

Well, I never thought we’d get any more Star Wars movies. So, it’s I guess it’s exciting that we will. And Lucas, his storytelling instincts calcified since his prime, made such a mess of the prequels, I’m happy he’s handed off its creative content to people better qualified to develop it.

And, while I am critical of a lot of his work, I see that Abrams isn’t a bad choice to further a multi-billion dollar science fiction franchise. I see that he has decent instincts, and that he’s a card-carrying fanboy. His best stuff might still be ahead of him. He certainly isn’t likely to make a Star Wars film worse than any of those prequels.

But is it likely to be my Star Wars? Will it somehow recapture the magic that made the original trilogy special? I’m very, very sceptical.

The question has been raised: Would it be better, for instance, with Joss Whedon at the helm?

Maybe, but frankly, I’d rather Whedon—who next to Christopher Nolan is the best creator of sophisticated fantasy working in Hollywood—work on new cinematic properties. Maybe The Avengers is based on a Marvel comic, but it’s never been a movie before, and I was thrilled to see Whedon hit it out of the park. He might decide to develop more of his own stuff, like Firefly and Buffy: The Vampire Slayer. Frankly, Whedon is too good to spend two or three years of his career trying to recreate Star Wars for a new generation, as great as his Star Wars might be.

That’s because Whedon doesn’t really make fan fiction. He’s inspired by material that I love—Firefly was certainly a product of someone who knows Star Wars—but his cinematic and TV visions are his own. So, Star Wars?

Abrams is welcome to it.

Good luck, dude. May the force be with you.