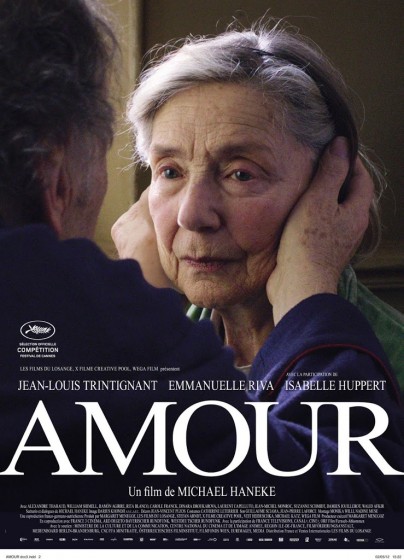 They came out yesterday morning, a Thursday (weirdly), and this is the first chance I’ve had to get my thoughts down on the nominees.

This year there are few outright appalling choices, but also few that made me cheer. 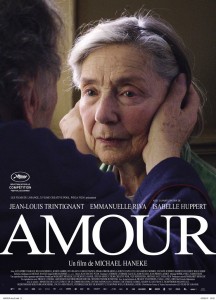 Deserving?
I don’t have any major complaints with this group. Of its number, I’d say Silver Linings Playbook and Amour have a touch of greatness, though obviously Lincoln, the most nominated film of the year, will be getting most of the awards. It’s handsome and historic and safe. Zero Dark Thirty is probably too controversial to win much, though I think I liked it more than The Hurt Locker. (I haven’t seen Les Misérables and probably won’t.)

Undeserving?
I’m still trying to understand why people love Argo so much. And while I had a blast at Django Unchained, who’s kidding whom about it winning Best Picture? Not a chance. And while Beasts of Southern Wild is a unique first film, I think it’s the scrappy decision of hearts. Lucky to be in this number.

Snubs?
Moonrise Kingdom would have been sweet, a recognition of Wes Anderson’s legacy as one of Hollywood’s most consistent and distinctive filmmakers. And I think Cloud Atlas was better than most gave it credit for.

Deserving?
These are all talented guys. Good to see Phoenix get recognized, given his general weirdness and the way The Master dropped off the radar in other respects. I’d say Day-Lewis a lock, but maybe the fact he already has two Oscars will work against him? Nah…!

Undeserving?
I haven’t seen Jackman’s role, but he can sure sing and dance. Otherwise, I’m cool.

Snubs?
Definitely John Hawkes in The Sessions. Would have been impressed if they’d recognized Daniel Craig for Bond in Skyfall, or Denis Lavant in Holy Motors.

Deserving?
Naomi Watts and Emmanuelle Riva are the stand-outs in this group for me, and Chastain’s inclusion is completely warranted. Lawrence, too.

Undeserving?
She was totally magnetic, I won’t deny it, but come on: Quvenzhané Wallis was six years old when she acted in Beasts of the Southern Wild. Can you really award her for that, over any of these other trained and seasoned performers?

Snubs?
Marion Cotillard in Rust & Bone, a film I liked less than many, but she was startlingly good. And I wish more comedic performances were recognized: Leslie Mann in This is 40, for example, would have been a pleasant surprise.

Deserving?
A solid, if predictable, group of veterans. De Niro might get another Oscar this year.

Undeserving?
Alan Arkin could have done the grumpy producer dude with his hands tied behind his back. Hardly a stretch.

Snubs?
Since Watts got the nod, I think Ewan McGregor should’ve received recognition for his work in support. And Leonardo DiCaprio is stellar in Django Unchained.

Deserving?
The clips I’ve seen of Hathaway in Les Misérables look like she’s really givin’ ‘er. She’s the only reason I’d consider seeing the film. And Hunt is excellent in The Sessions.

Snubs?
Certainly Rosemarie DeWitt in Your Sister’s Sister and maybe even Eva Green in Dark Shadows—she almost single-handedly made that film worth watching.

OTHER CATEGORIES, OTHER THOUGHTS
People are always surprised when a film is nominated for Best Picture but the director doesn’t get nominated. “Did the film direct itself?” is the refrain. But now that up to 10 movies can get the Best Picture nod, there’s going to be a few filmmakers left out in the cold. This time it was Kathryn Bigelow for Zero Dark Thirty. It all seems a bit arbitrary.

Beyond this, I think Beasts of Southern Wild is hitting above its weight, and while I get why people enjoy it—the look, music and modern fairytale vibe with environmental apocalypse overtones—but the movie is a rambling mess with but a single character. It’s like Where The Wild Things Are except Max is all by himself, because all the other people (and monsters) in the film are two-dimensional.

I’m glad to see Wes Anderson got some love in the Original Screenplay category for Moonrise Kingdom. That’s who I’ll be cheering for come February 24. 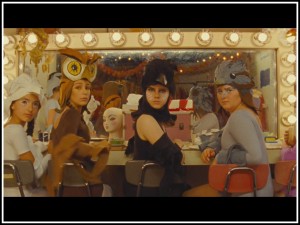