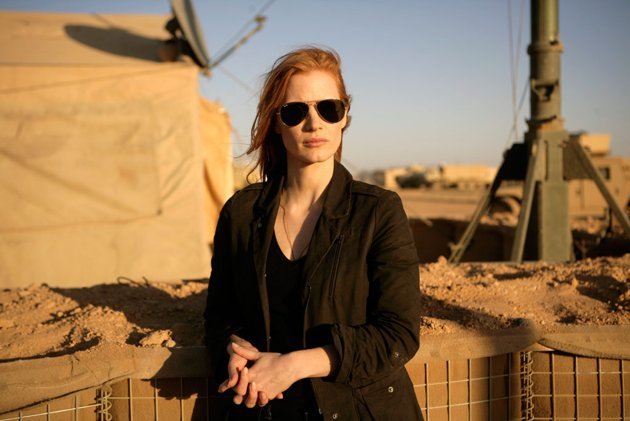 This isn’t something you hear much about from people who write about the movies: reconsideration. Part and parcel of critical witness is a kind of terminal certainty: This is my damn opinion and I’ll defend it until Satan gouges out my eyeballs with his ringed, long-nailed pinkie fingers—or at least until I meet the irate director of a picture I slammed and gently backpedal.

And I’m not saying I’m rewriting any reviews right here, only that time does tend to allow a film experience to sit in your head, to spread out and occupy space.

As the end of the year approaches, the Oscar-Bait homestretch, I’m starting to read Top Ten lists from noted critics. Those who live in cinema hubs like New York City (damn you AO Scott!) already have their lists out, those folks having seen all the big releases in advance. I, unfortunately, live where I must wait until mid-January for my list to run. That’s when Kathryn Bigelow’s Zero Dark Thirty will be opening locally.

That’s not to say I have to wait, or that the Hollywood cream now showing up on others’ lists and hyped as award sure-things are a definite to appear on my list. There have been years when I couldn’t deny a number of the award-anointed releases, but I don’t think it’ll work out that way for 2012.

For example: Lincoln. Scott thought it delightful, but while it left me admiring its sophistication, I was mostly unmoved. In the time since the I saw the film I haven’t warmed up to it much more, though I stand by my assessment of Daniel Day-Lewis’ excellence. The guy is astonishing. But anyway, no remorse there.

Another shoo-in for Oscar glory is Argo. You’ll see that my review of it had some good things to say, but as a growing collection of critics insist it deserves the love, I feel less for it. I thought Ben Affleck was flat in the lead and the third act suspense poorly constructed. I like Affleck and I liked Gone Baby Gone and The Town. But this one did little for me and I think the hype is undeserving.

And Flight? I found it melodramatic, with tonal issues, and it’s also aging poorly in my memory. I wouldn’t recommend it.

But Life of Pi I may have been a bit too hard on. The dazzling 3D visuals have expanded in my mind since I saw the film, and in talking about it with others, I think the biggest issue I had with it was what I call “The Sin City Problem”. There’s almost no thrill of discovery with a film so unerringly faithful to the source material, as I found in the cinematic adaptation of Frank Miller’s Sin City. It was, moment-to-moment, just like the comic. Life of Pi might be much more fun for someone who hadn’t read the novel. I have to admit that.

An early front-runner in the Oscar handicapping but falling off fast these days, The Master was a picture I didn’t quite get. Again, I admired the performers, Joaquin Phoenix and Philip Seymour Hoffman, but didn’t feel it had much of a story. As it’s taken up residence in my long term memory, the film has haunted me. I walked out of it saying I couldn’t see myself ever wanting to see it again, not unlike director PT Anderson’s jarring There Will Be Blood, come to think of it, but lately I’ve come around. (I’ve seen There Will Be Blood twice on DVD, and felt the experience of the film improve both times.) I can’t wait to see The Master again, to wrestle with it further.

But does this mean The Master or even Life of Pi will show up on my list of the 10 Best of 2012? You’ll have to wait and see. (And I’m not being intentionally obtuse: I honestly haven’t assembled that list yet. I have some ideas, but I’m nowhere near a final tally.)

But I can guarantee Les Miserables won’t trouble my yet-to-be-written list. While I’m no big fan of musical theatre on stage, I actively loathe the form when it’s adapted for the big screen. Won’t be seeing it, which will leave more time for end-of-year films I’m looking forward to: This is 40, Django Unchained, On The Road, Promised Land, A Late Quartet, Quartet, etc.