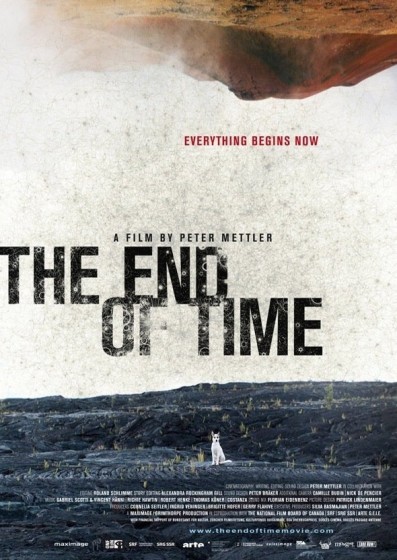 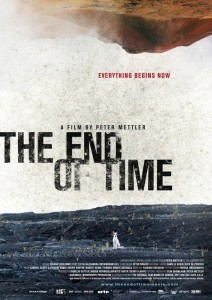 The experience of watching The End of Time was encapsulated by a local filmmaker and fellow audience member upon exiting the Park Lane: It was like sitting next to someone at a party who first engages you in conversation but then rants and rambles all over the place, occasionally making sense but mostly boring you to tears. Director Peter Mettler does tend to ramble, as anyone who saw his Gambling, Gods and LSD can attest, but in that film I didn’t lose sight of the point he was making. Frankly, this time out, I didn’t have the patience to wait for him to get to it.

The End of Time tries to come to grips with the grand subject of time, and starts promisingly with a visit to the Large Hadron Collider in Switzerland. He gets people to talk about what it is they’re doing there, and while much of it made no sense to me, and I wondered who these folks were—no one interviewed during the film is introduced—it was cool to get a good look at it.

Then we wander off to some volcanic island, where we check out lava. A lot of lava. I may have dozed right then. After an interminable (yeah, see what I did there?) stretch, we’re in Detroit, looking at urban decay. And we’re at an EDM show, with a DJ talking about his work. Mettler uses all the techniques you’d expect in a film about time: slo-mo, time lapse, and a lot of spacy, buzzy sound effects. It all makes for some pretty, hypnotic pictures but any real insight feels accidental. And his ponderous, deep-thinker narrations and interviews drone on, making the point repeatedly about the connection of time and space and matter because, dude, it’s all, like, indivisible!

Finally, just when you think he’s exhausted all of his Stanley Kubrick tricks, he goes full 2001: A Space Odyssey in the last 10 minutes with a psychedelic lightshow/montage that’s just so much pap.

Hopefully Monday’s movies will be a better time. (See, I did it again. Haw!) Though I’ve heard it’s sold out, I’m going to do my best to get into Love Is All You Need, and then Antiviral later on. Danish romance and Canadian horror. A delicious combination.