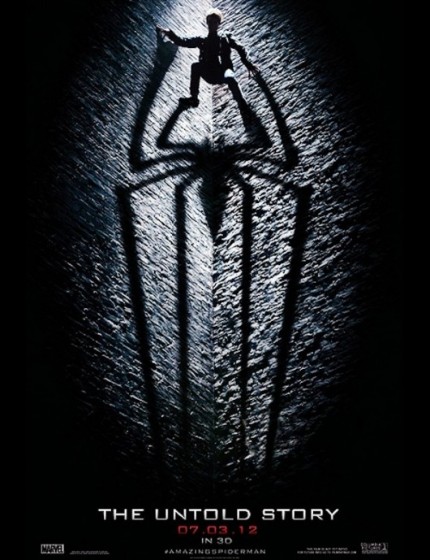 Every time a superhero movie opens in cinemas, I’m curious about it. That’s not to say I’m going to see every one that’s out there, but having grown up with the comics, there’s always a bit of a thrill to see how they’ve imagined the character on the big screen.

So, The Amazing Spider-Man should be right in my wheelhouse. But I am not down with this one.

First; this is a movie reboot coming a scant five years from the last Sam Raimi/Tobey Maguire edition, Spider-Man 3. That’s the first thing that put me off about this new version. This story from The Vulture (not the Spider-Man villain, snurk) explores well the reasons behind the rapid reboot—it’s all about sucking up those merchandising dollars and an audience of fresh children—and even offers a reasonable argument as to how the movies are following the lead of the comics; every once in awhile a new creative team takes the material in a different direction. I don’t know if I can entirely follow that logic. A serial comic simply isn’t the same thing as a mega-budgeted summer tentpole movie.

What else bothers me about this new Spider-Man? The marketing has been doing its best to accent the new darkness in the film. Everything, with the exception of the delightful Emma Stone, is grimmer, grittier-looking than Raimi’s trilogy. This must be the legacy of The Dark Knight, what many people are calling the greatest superhero movie ever, a picture with a sequel coming out three weeks after the spider. Except Spider-Man has never really worked as grim and gritty, the way the best Batman stories do. Maybe there were moments in the early Stan Lee/Steve Ditko issues where poor Peter Parker’s self-sacrifice was a serious thread, but the kid in the red-and-blue tights is best when light and fun, IMHO. He’s got the best sense of humour in the superhero world.

Don’t believe the The Amazing Spider-Man and The Dark Knight Rises are playing in the same sandbox, marketing-wise? Check out the colour palette and design in these two teaser posters: 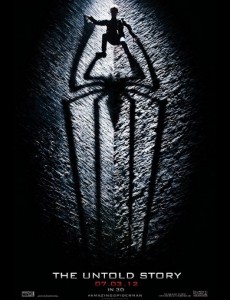 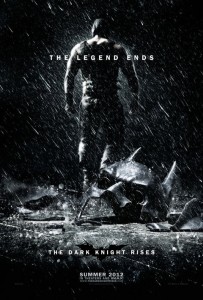 Spidery director, the well-named Marc Webb, whose (500) Days of Summer was a fine, modern romantic comedy, has spoken of  his new film’s emphasis on practical special effects. Well, why then does the Amazing Spider-Man trailer look so much like a video game, the CGI-heavy shots so blatant? I’m not a fan of the obvious computer-generated special effects. Doncha-know.

On a lesser level, there are a few other elements about this “fresh approach” to everyone’s favourite neighbourhood wall-crawler that rub me wrong. The villain is The Lizard? One of Spidey’s original rogue’s gallery, sure, but the computer-generated reptile doesn’t excite me. Remember how lame Venom and the Sandman were in Spider-Man 3? How come they didn’t consider Kingpin, who is generally associated with Daredevil, but has tussled with Spiderman on occasion? A gangster with a super-powered right-hand man would be a fun idea. Or how about The Scorpion? Rhino? Hobgoblin? Black Cat? All more interesting than The Lizard. Also, what’s this emphasis on Pete’s parents? Everyone knows his parents were never part of the story, it was all about his guilt around Uncle Ben’s death.

Finally, the casting: Andrew Garfield. I’ve seen him in a few things now. He was a bit of a damp squib in a The Social Network, but the script and direction gleamed, making everyone look really good. He was fine in The Imaginarium of Doctor Parnassus and especially sharp in Never Let Me Go. Fair enough. But he’s a lanky, good-looking dude. Say what you will about Tobey Maguire, he was believably nerdy. I don’t know that I believe this new guy is a nerd, even a science-genius nerd.

So, yeah, that pretty much covers it; I’m skeptical. I await the reviews.