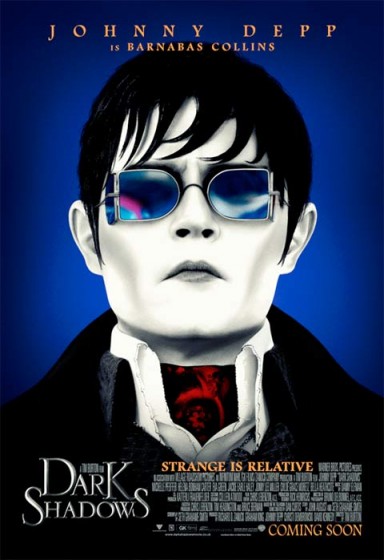 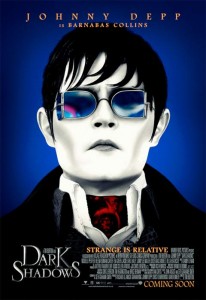 I have lots of time for Tim Burton. The guy has sustained a career in Hollywood as its resident gothic surrealist. And we’re talking some 25 years now, making the movies he wants to make—with the possible exception of his remake of The Planet of the Apes—many of which have made him and the studios lots of money. It’s a happy tale of a director finding a voice, and a brand, that everyone wants to keep seeing. How many are there like him? Precious few, and none who have made the gloomy, the icky, and the ooky such a pleasure.

I haven’t loved everything he’s done. My favourite Tim Burton picture remains Ed Wood. Have good things to say about Edward Scissorhands, Mars Attacks, Sleepy Hollow, and Sweeney Todd. Enjoyed his Batman movies back in the day, though they haven’t aged well. Alice in Wonderland was a real disappointment.

Beetlejuice still has a very special place in my heart. The combination of my generation’s It Girl—the forever fetching Winona Ryder—a dynamic set design and zippy direction, Harry Belafonte’s music, a way with mixing real laughs and scares, and the always underrated Michael Keaton, made for a movie I can’t resist watching when I stumble upon it on TV.

To its credit, Dark Shadows is the most like Beetlejuice of any of his movies since that 1988 release. But that doesn’t mean I loved it the same way.

Based on a largely forgotten American soap opera that combined gothic creepiness with daytime melodrama, Dark Shadows is smack in Burton’s wheelhouse. I’m not sure how much the film diverges from the original story, but here we get the tale of Barnabas Collins (the inevitable Johnny Depp), a 200-year-old vampire buried not far from the family pile in Maine, of all places. In the 1700s, the Collinses made their fortune in fish, but the man of the house dallied with a housemaid, Angelique (Eva Green), before spurning her, not realizing she was witch. She put the vampyric curse on him, also sending his new paramour, Josette (Bella Heathcote), off a cliff to her death. In 1972 he is revived from his coffin by a crew working on the road. Reuniting with his descendents, he finds the old mansion in disrepair and everyone poor and unhappy, including Elizabeth (Michelle Pfeiffer) and Roger (Jonny Lee Miller) and kids Carolyn (Chloe Grace Moretz) and David (Gulliver McGrath). Barnabas is determined to revive the fortunes of the family, but discovers Angelique is still around and has built a seafood empire, monopolizing the local finishing industry. And Josette is back, or someone who looks a lot like her: Victoria, new governess to David Collins.

What reminded me of Beetlejuice is the film’s fine balance between an old-fashioned spook-show and all-out laughs, as well as the genuinely odd supporting cast. Great to see Jackie Earle Haley pop up again, as well as sharp cameos from Christopher Lee and Alice Cooper, who really doesn’t look a whole lot different than he did in 1972. The biggest guffaws come from Barnabas’s reactions to American culture of ’72, quoting Steve Miller songs and commenting on a society where women can be doctors.

Maybe the best thing Dark Shadows has going for it is the reptilian intensity of Eva Green. Friends know of my long-held passion for Ms Green, ever since I saw her in Bertolucci’s The Dreamers and as Vesper in Casino Royale. Her character here matches Depp cheek to sunken cheek, as she is driven to madness by her undying passion for him. Her performance is the most vital thing in the film, and the sex scene she and Depp share in her office, bouncing off the walls, is genuinely hot.

Despite all this stuff I like, there is plenty about Dark Shadows that leaves me cold. Once the premise has been established, the meandering plot just sort of lies there. I’m sure fans of the material will argue that it’s based on a serial soap; ridiculous, OTT plot details were built right in. That might be the case, but it didn’t work for me here. The movie needs a lot more zip beyond Depp’s eyebrow wiggling that it never really gets. Characters sort of bleed into the set design (no pun intended). And I don’t understand what Helena Bonham Carter is doing here. Her pickled psychiatrist hardly advances the story. Also, Barnabas’s interest in Victoria doesn’t inspire much in the way of sparks. Depp’s chemistry with Green, as detailed above, is much more convincing.

Overall, a step closer to what Burton does best, but despite a few high points, Dark Shadows is a bit lost in the murk.