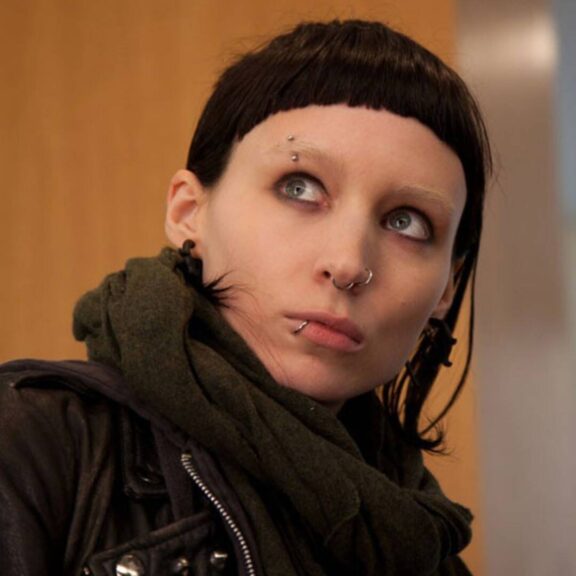 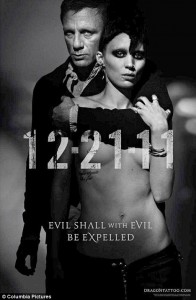 It’s been a bit hard to judge the cultural excitement around this movie. The novels remain huge international bestsellers, and in Canada and elsewhere in the world besides the US, we’ve made the Swedish film adaptations of the Millennium trilogy a hit franchise. I liked the first of the Swedish three, but found the second a bit soapy and underwhelming. The third remains unseen by me. But, still, genuinely credible adaptations.

So, Fincher’s version arrives as a bit of a predictable afterthought for an audience that doesn’t like subtitles. It’s hard to deny that a thriller set in wintry Sweden about a 40-year-old murder mystery, with tech-heads hunting a serial killer, fits Fincher’s creative aesthetic like a steel fist in a velvet glove. The shot-on-location scenery, Fincher’s blue-grey colour scheme, the minimalist Scandinavian decor (recalling his claustrophobic nail-biter Panic Room) all meshes perfectly with Trent Reznor and Atticus Ross’s foreboding electronic soundscapes. The music is a big part of what makes this work, as it did with Fincher’s last film, The Social Network.

The story, in case you hadn’t read the books (which I haven’t) or seen the Swedish movies, is about a disgraced investigative journalist, Mikael Blomkvist (here Daniel Craig, craggier than ever) who is hired by the head of a wealthy Swedish family, Henrik Vanger (the busiest man in showbiz, Christopher Plummer) to reopen a case gone long cold, the disappearance and presumed murder of one of his grandchildren, Harriet. Everyone in the family is a suspect. To aid in his efforts, Blomkvist hires an assistant, Lisbeth Salander (Rooney Mara) the goth hacker of the title, who is dealing with her own personal problems, including a predatory social worker who controls her cashflow.

Compared to his earlier work, this Fincher movie feels pulpier, more akin to the dirty thrills of the Jodie Foster starrer mentioned above, or The Game, than the intellectual movement of The Social Network or even his most recent serial killer procedural,Zodiac.

And matching it to the Swedish version, a longer running time (160 minutes) does allow for a few more elements of the novel to get squeezed in, including a daughter for Blomkvist and an extended coda that better explains how Salander earns a big payday. What it does less successfully is flesh out the particulars of the investigation into the disappearance of the Vanger girl. In the Swedish film, the Vanger family was given a bit more personality—we knew them better.

What this version shares with the Swedish film, however, is a struggle to control the pacing. The first act set-up is desperately rushed, with scenes edited to within an inch of their lives. We don’t get to catch our breath for the first 45 minutes. But the piece remains thrilling, and Fincher keeps many balls and divergent storylines in the air. He’s aided by his sterling cast, with great support from Robin Wright and especially Stellan Skargaard. 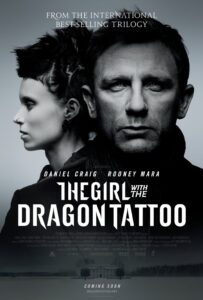 But if anyone comes out of this looking like a new star, it’s Mara. Her Lisbeth Salander isn’t a goth for effect; her pierced and bleached look is crafted to keep people away. When she gets close to Blomkvist, and begins to show some vulnerability, we see it but the movie doesn’t pay much attention until the very end, when in a final moment we get to really get under the armour. It’s a convincing, intense performance, one that will be remembered whether this film becomes the start of a franchise or not.