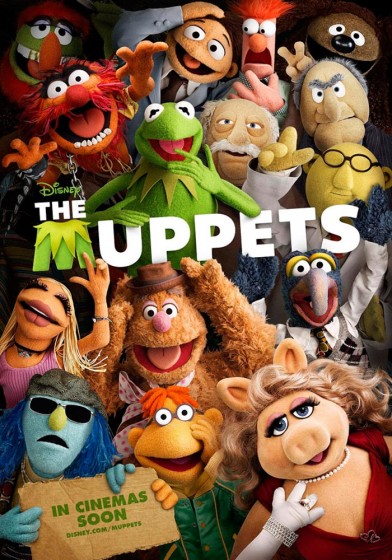 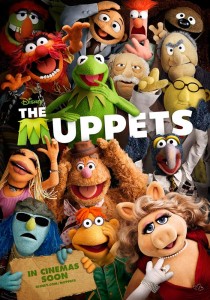 Directed by James Bobin
Written by Jason Segel and Nicholas Stoller, based on characters by Jim Henson

The appeal of The Muppet Show is hard to quantify. I’m not talking about the Muppets themselves. It’s easy to see why people like them, the cute puppets adored by all ages. But the TV show specifically, the one that ran from 1976 to 1981, its strange magic is harder to explain. Certainly it must be hard to recreate. When The Muppets, already known to audiences thanks to Sesame Street, went to primetime, they appealed to both children and adults, partly because of the conceit of it being a variety show. It featured celebrity hosts every week; actors, comedians, broadcasters, athletes and musicians. The people interacting with the puppets gave the whole thing a fun surreality, as did the great writing on the show, a mix of pop culture savvy, parodies and subversive weirdness.

Then there were the movies. From the first one they seemed to be more about freeing the Muppets from their theatre environs and getting them on the road, or to Manhattan, or in space, and emphasizing the family-friendly qualities of the cast rather than their original weirdness. I haven’t seen all the Muppet-related movies, but I wasn’t ever that much of a fan of the ones I did, though I did see and enjoy Muppets Tonight, the mid-90s revival of the TV show that lasted but a season. I thought it deserved more of a chance to succeed than it got.

Now we have The Muppets, getting lots of hype and big push from Disney, the company that now owns Jim Henson’s creations. Much credit (or blame, if it fails) is on the shoulders of Jason Segel, who cowrote and acts in the movie. I had a lot of fun at The Muppets. It swiftly deked past my crusty cynicism and reconnected me with what I loved about those felty buggers’ show to start with.

A great start was having a brand new Toy Story short run before the movie. Though the plot seemed a little familiar—Buzz Lightyear gets left behind at a fast food restaurant and encounters a support group for discarded toys—in its brief running time I was laughing so often I was missing some of the gags.

The feature begins with Gary (Segel) and his longtime-but-very-chaste-girlfriend Mary (Amy Adams, a delight as usual) celebrating their 10th anniversary by taking a trip from their small town to Los Angeles. Accompanying them is Gary’s brother Walter, who is very clearly a Muppet. This whole intro section is accomplished with the help of a musical number and a growing-up montage, both of which would have been hopelessly corny if there wasn’t a bit of odd stuff thrown into the mix. Mary teaches auto-shop to kids, for example. And Walter stops growing at age nine. A little self-aware  irony never hurt anyone.

Walter is also the world’s biggest Muppet fan, having watched the TV show when he was a kid. He wants to go with Gary and Mary to LA so he can visit the legendary Muppet studios. They find the studios are hopelessly dilapidated and about to be demolished by ruthless oilman Tex Richmond (Chris Cooper). But the Muppets can stop him if they can get their old act back together and rasie some cash. In a series of scenes reminiscent of The Blues Brothers, that’s exactly what they do—Kermit leading the way, with the help of ’80s Robot (you’ll have to see the movie to get that gag). They go all the way to Paris to get Miss Piggy.

Of course, there are a number of celebrity cameos, many of which are perfectly chosen to capitalize on the performer’s previous work—keep your eyes open for a world-famous drummer-turned-bandleader and a British actor who got her big break in a movie opposite Meryl Streep. And this is the rare comedy of any sort that gets funnier as it goes along. The final and best act has the Muppets putting on a telethon in their old theatre to save their studio and their name, getting celebrity host Jack Black involved very much against his will. The old TV show theme and the acts that perform offer a delicious nostalgia for anyone who ever watched the show. I dare you not to laugh out loud at the chickens covering a recent foul-mouthed (fowl-mouthed?) pop hit or the barber shop quartet’s Nirvana interpretation. And it’s great to see the lesser-known Muppets such as Uncle Deadly, Sweetums and even Link Hogthrob, even though he doesn’t get a line. That Sam the Eagle has been an anchor on a Fox TV-like American network surprises me not at all.

Sure it’s saccharine in places, much more so than was the habit of the TV show, and that mostly has to do with Walter’s journey and the relationship between Gary and Mary. But it’s tolerable because when the Muppets are onscreen and doing their thing, so much works its hard not to cheer just a little at the end. The combination of fresh elements and bringing some of what worked well on The Muppet Show—no “Pigs in Space,” sadly—makes it a really fun time at the movies.

Now if they’d only revive the TV show. According to this article some kind of Muppet TV series is in development, though it doesn’t sound much like the original. The movie will have to do for now.