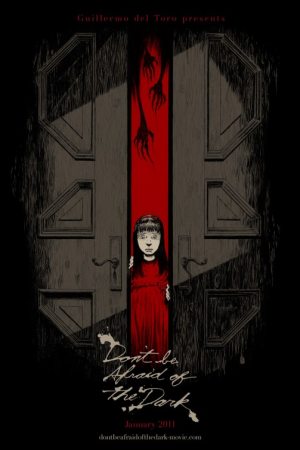 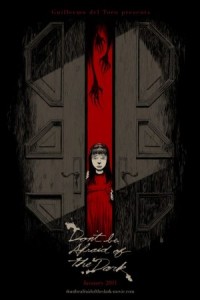 I will confess I don’t see a lot of horror. In the brief history of this blog, I think this is the first. So, for pureblood horror oficionados, I am an imposter. I’ll admit it.

All I can say is I went to see this as a fan of what Mr Del Toro does (His special flavour, which can be horror or something much deeper) and I wasn’t disappointed.

Apparently this is a remake of some obscure 1973 TV movie scarefest. It chilled the young Del Toro who got this remake made. The original remains unseen by me, but if this is at all loyal to it, I can see what appealed to Del Toro about the material.

It’s old-fashioned, creature-in-the-dark stuff, replete with sudden scares and things jumping out at you in predictable but satisfying ways, done with plenty of style and an occasional tongue-in-cheek, just to show us it doesn’t take itself entirely seriously.

Alex (Guy Pearce) is renovating and restoring a gothic pile in Rhode Island (actually shot in Melbourne, but you’d never know it). The old house once belonged to a painter named Blackwood (Garry McDonald), which we understand since an opening sequence has him doing terrible things to a maid (Edwina Richard) in the home, amongst his paints, before his own grizzly demise.

This place just oozes creep, certainly not somewhere that would make a little girl feel welcome, but terminally distracted Alex thinks it’s a good idea to have his young daughter Sally (Bailee Madison) stay with him and his new girlfriend Kim (Katie Holmes). Well, to be honest, he doesn’t have much choice since Sally’s mother back in LA fobbed her onto him.

Sally is sullen, but when a hidden studio is discovered in the basement of the house, Sally starts to hear voices down there, coming from an old, sealed-up ash pit. Curious, she opens it up, and bad things start to happen, making her even less happy to be there. While her father remains preoccupied with fixing the house, Kim starts to discover the mystery of Blackwood’s fate and how it might be connected to the creepy things Sally has been seeing.

There are some very Pan’s Labyrinth-ine touches to Don’t Be Afraid Of The Dark, with a little girl in a new place, lush, overgrown gardens and strange, magical creatures hidden except to her. But the tone is much less complex and more direct. With a hint of Hammer Horror, what this movie wants is to make you jump, and it did me, repeatedly. There are other elements that remind me of Gremlins, though far less smug and broad than that film.

There is a moment, when Sally investigates with a flashlight the creature that has been creeping under her bedsheets, where the suspense is as high and the scare as genuine as anything I’ve seen in ages.

No, this is the kind of movie that if you watched when you were eight years old it would give you serious nightmares, and you’d remember it for the rest of your life, and probably love it, too. Sadly, it’s been tagged with an R rating in the US, and I think an AA one here, so few impressionable young things are going to be enjoying it, which is too bad.

That said, for those of us who aren’t so young, but still impressed by a well-crafted horror, there’s plenty here to make the hair on the back of your neck stand on end.