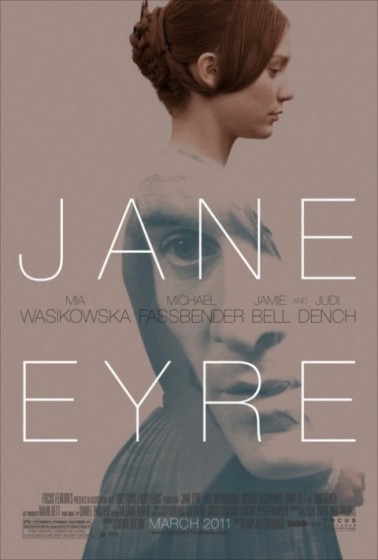 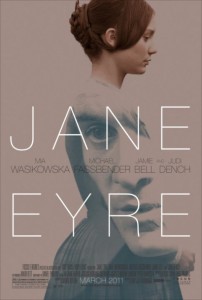 The moment Mr Rochester (Michael Fassbinder) commands the governess of his wards, Jane (Mia Wasikowska) to speak, the film catches fire for a moment. Unfortunately for this umpteenth adaptation of the Bronte chestnut Jane Eyre, their meeting takes place at the end of a long first act, where we’ve been following our heroine backwards and forwards through the story in flashback. The jumping off point—and where the picture begins—is the end of the second act in flash forward, Jane running from the gothic pile onto the rainy moors, virtually beating her breast on a flat, windswept rock.

It’s all very serious. Even the presence of Judy Dench, delivering a couple of zingers, hardly serves to enliven the dour mood. Only when Jane and Rochester are together does the pulse quicken. The good news is they’re more-or-less together for the whole middle section, until his terrible secret is revealed.

There are things to enjoy in the film. Fassbinder is very wolfish, compelling and mysterious. And with this role, Wasikowska shows she’s at the top of the heap of young performers in Hollywood. Her Jane couldn’t be more different than her Alice in Wonderland or the daughter in The Kids Are All Right. Fukunaga lingers over her cheekbones and throat, through which she gives a performance that’s all steely resolve and sucked-in-breath. And this is a good-looking film, from the sets, costumes and especially lighting.

But the movie has a painful achilles heel. Its relentless lack of humour and gloominess keeps it from transcending stolid period drama tropes. Everyone’s so defined by their singularities, it doesn’t leave much human experience to climb in. It’s like Black Swan, but take away the madness or the expression of pleasure in anything. And the sex. Jane and Rochester’s love is austere to the point of wax. There’s no access point. While Wasikowska’s lovely reserve serves her well, in the end her character, like all the others, is distant. And in places when it looks like it’ll be a true gothic horror, Jane Eyre pulls back, offering less creep and precious little heat.

And while it does smoulder in moments, unlike Rochester’s spooky manse, nothing really burns.