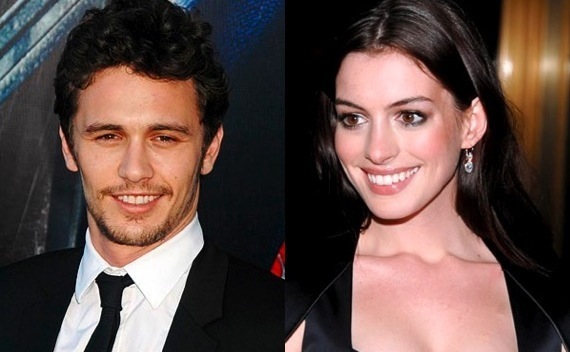 I didn’t think The Social Network would win Best Film, but I did think David Fincher would take Best Director. Don’t get me wrong, The King’s Speech is a worthy award recipient, but it taking so many categories beyond Best Actor didn’t rock my world. Especially Best Original Screenplay. I had my fingers crossed for Inception on that one. I did like that Inception got the award for cinematography and that The Social Network’s soundtrack won. I’ve been listening to it all month. Props to Trent Reznor and Atticus Ross. True Grit was shut out of all the 10 awards it was nominated for.

I’m certainly not qualified to comment on the fashions, but even I was impressed by Anne Hathaway’s costume changes. I think she wore nine different dresses. Or eight dresses and a tux. As hosts, Hathaway and Franco were fine, though occasionally Franco seemed a bit stoned. Which actually made him funnier. How the hell does he do so much with his time if he’s waking-and-baking?

Kirk Douglas may have been the best presenter of the evening. He really tortured all the Best Supporting Actress nominees. A bit more of that kind of improvisation would have been nice. Please add more Jon Stewart or Chris Rock-style irreverence in the future, Oscar ceremony planners. And more musical numbers. I did like that they had clips from the Best Actor and Actress performances.

Congrats to all the winners and the nominees. Here is the list of all of them. I’m going to bed.