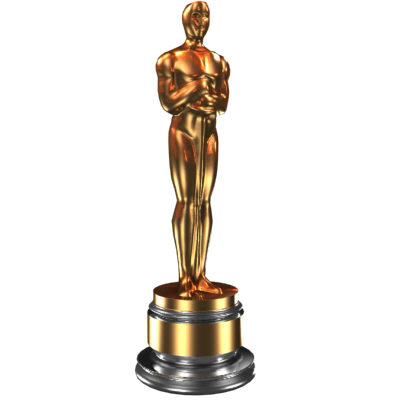 I’ve been enjoying the cottage industry of bloggers and writers discussing and dissecting the Academy Awards. The BIG SHEEW, as Ed Sullivan used to say, will be happening Sunday night, less than 48 hours from now.

Of the variety of articles I’ve read, this one from Cracked is one of the most relevant and funny, where they suggest categories to improve the award show’s viewing experience. I’m with them right down the line, with the exception of Best Scene. That’s never going to happen, nor should it.

The Oscars are also a New Years Eve of sorts for Hollywood, so you tend to get a lot of ruminating on the business, where it’s been and where it’s going. I enjoyed this piece in GQ, about how innovation and originality is sadly lacking in the Dream Factory these days. I actually find Mark Harris’ assertions totally arbitrary, but I liked how he made his point. Let’s blame Top Gun for why the success of Inception is an aberration unlikely to be repeated. I think we could do the same for Tim Burton’s Batman, or any number of tentpoles over the past 25 years. Pointing fingers is fun!

And then there was this much more optimistic piece in the LA Times about how adult moviegoers have returned to cinemas in droves. Oscar-nominated movies such as Black Swan, True Grit, The Fighter, The Social Network and The Kings Speech are all on their way to making or have passed the $100 million box office target, traditionally considered a blockbuster success. Let’s hope this trend continues.

I’m not going to get into handicapping the winners, but it strikes me that there are more than a few locks for awards this year: It’ll be a surprise if Colin Firth, Natalie Portman and Christian Bale don’t go home with little golden statuettes. David Fincher for best director as well. It’s probably still a bit of a toss-up for Best Film, between The Social Network and The King’s Speech, but the former is the front runner for sure. Frankly, I think all the nominees are deserving this year, and I think especially among the Best Film category, they’d have a hard time choosing many better American movies in 2010. So my plan is to just enjoy the ceremony, whether there are upsets or not.

For those who like the glitz, here are a list of performers and presenters expected (so far).

And I’ll be live blogging about the event with friends and colleagues (a link should be here on The Coast’s website ) so feel free to join in. Enjoy the show.