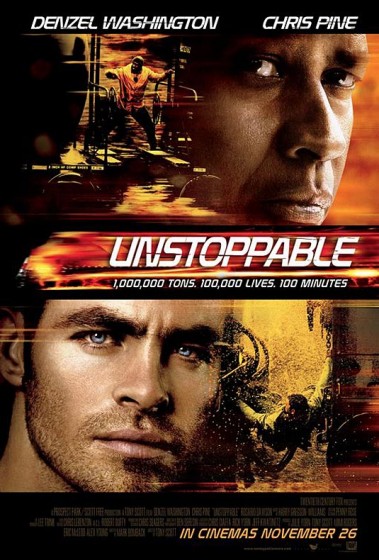 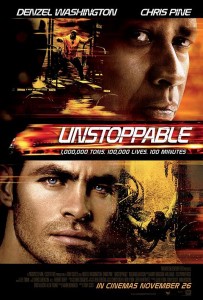 Like his brother Ridley, British-born Tony Scott is a go-to thriller and adventure movie director, whose work is always great to look at but sometimes falls down in the script department. The Scott brothers have been far more influential with the style and look of their films on mainstream Hollywood than in the content, maybe because neither is a writer. Ridley gets more props thanks to Alien, Blade Runner, Thelma and Louise, Black Hawk Down and the Oscar-winning Gladiator, though Tony also has memorable titles in his filmography, including The Hunger, Top Gun (for it’s cultural currency alone) and True Romance.

Tony Scott has previously made four movies with Denzel Washington: The Taking of Pelham 123, Deja Vu, Man on Fire and Crimson Tide. While all are solid entertainments, Washington, who can do great character work, seems to be coasting a little on his star power these days, with and without his favourite director. And since the last one Scott and Washington did together was Pelham, a thriller on a train, I can’t say that I was particularly excited to see this one, fearing a certain sameness.

But I am glad to have caught it. Technically, it’s very impressive. The skeletal story of a runaway train headed south and east on a track from Northern Pennsylvania, loaded to the gills with chemicals, and the two railroad employees who get involved in the effort to stop it, is simplicity itself. When heavier themes poke their heads in—forced retirement, nepotism, domestic disputes—all are blown away by rapidly edited shots of a massive locomotive barreling through small towns, chased by helicopters shooting footage for the nightly news. Scott and his cinematographer Ben Seresin love the swirling camera, where a central object or actor is circled by the restless lens. I can’t deny, with the machine gun sound and image editing, it creates a hell of a lot of kinetic fun, even though it’s a bit overused.

There’s not much else to say about the picture, though. It’s a deftly sustained hour-and-40-minutes of suspense, while not troubling the drama or depth of Andrey Konchalovskiy’s elemental Runaway Train, the film it most resembles in structure. Washington doesn’t have to do much here but be the professional he is, while Chris Pine plays his part without being too irritating, indicating that he may have a leading man career outside Star Trek, which was far less certain after Bottle Shock. And Rosario Dawson is solid as the voice of reason back at central control, reminding me that I wish she was in more leading roles.