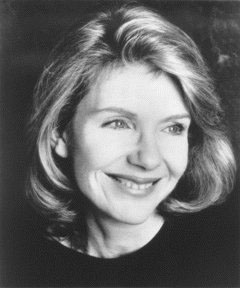 In a strange coincidence, I chose to use this rainy Maritime weekend in November to revisit a couple of movies I loved when I was a kid and thought to pay tribute here to Jill Clayburgh, who made a big impact on me through her late-70s roles in Semi-Tough,  Silver Streak and An Unmarried Woman.
Then I discovered she passed away just days ago at age 66 after a long fight with leukemia.

I’d compare Clayburgh in the 1970s to Julianne Moore now, as someone whose profile in Hollywood was formed around strong and sometimes sexually liberated characters. She continued to work despite her illness, showing up on TV in series such as Ally McBeal, Nip/Tuck and Dirty Sexy Money, and will appear soon in the Jake Gylennhaal and Anne Hathaway romantic drama Love and Other Drugs.

In Semi-Tough she was Barbara Jane Bookman, the daughter of the owner of a football team and part of a love triangle with two players, Burt Reynolds, whose comedic talents have long been underestimated, and Kris Kristofferson. The film is a light satire of the lives of professional athletes as well as of religious cults, but at its centre is this fun friendship between the three characters and how romance tends to complicates things.

Silver Streak was one of the movies I saw this weekend. This really strikes me as a prime entertainment to be remade. In it, the inimitable Gene Wilder is George Caldwell, a milquetoast book editor who takes the train from Los Angeles to Chicago because he wants to be bored. On the train he meets Hilly Burns (Clayburgh) and they fall for each other. The first 20 minutes is spent on how they meet and the lovely evening they spend together on the train and might be the best part of the whole movie. Then the thriller plot kicks in, as George thinks he’s witnessed a murder and gets thrown off the train by Reace, Richard Kiel’s revisiting of Jaws from the James Bond picture The Spy Who Loved Me, right down to the steel dentures. The film turns out to be a lot of fun, as George gets framed for murder and spends all his time either being thrown off the train or trying to get back on it. Bright points include Richard Pryor as Grover, a thief who helps disguise Wilder, maybe the whitest guy in the world, as a black dude, which is hilarious. Also starring is Patrick McGoohan, continuing the great tradition of stylish British actors going to Hollywood to play the villain in big budget spectacles. And a gorgeous score by Henry Mancini brings the whole thing together.

Clayburgh was also in Paul Mazursky’s An Unmarried Woman. This is a film I haven’t seen since the 1970s, but along with The Poseidon Adventure and The Omen, it was one of those pictures that scarred my childhood psyche—in a good way. (My parents didn’t worry much about whether a film with adult themes was appropriate for me, they let me watch anything—which is probably part of the reason I love movies as much as I do.) In An Unmarried Woman, Clayburgh plays a recent divorcee who is getting back into the big city dating scene. She has a lot of anxiety around it, and I remember scenes where she throws up on the street due to that anxiety. That freaked me out a lot more than seeing casual sex on screen. Maybe because I knew what throwing up felt like, and I didn’t like it.

Here’s the trailer for An Unmarried Woman.


Thank you, Ms Clayburgh, for all your great work. You’ll be missed.

Speaking of movies that scared me as a child, on Halloween I watched Dracula (1979). This is the John Badham directed version, the first cinematic Dracula I ever saw, and the reason why I always think of Frank Langella in a cape and a pointy collar. The story has been changed somewhat, with Dracula appearing in pre-WWI England having been the only survivor of a shipwreck, then taking over an estate called Carfax. Lucy Seward (Kate Nelligan), the headstrong daughter of the local asylum doctor (Donald Pleasance, having lots of fun and eating in almost every scene), falls for the Transylvanian count, but not before Mina Van Helsing is transformed into the undead and her father (Lawrence Olivier, typically hammy) shows up and figures out all about the Nosferatu. There are some scares, a lot of impressive, elaborate sets and some sadly dated hair, make-up and lighting. All that said, even as it’s unintentionally funny from time to time—with silly bat transformation scenes and wall-crawling—it is entertaining, and far from the worst Dracula adaptation I’ve seen.

I also recently screened Private Benjamin. This movie didn’t scare me as a child, but watching it again it made me realize how few movies like it are made these days. A star vehicle for sure, and certainly marketed as a comedy, it still has room for some comments on class and gender issues in America. It’s hard to remember if Legally Blonde did the same. Somehow, I doubt it. The wonderful Goldie Hawn is the titular soldier, a spoiled Jewish princess whose husband (Albert Brooks) dies on their wedding night. Looking for direction in her life, she believes Harry Dean Stanton’s recruiting officer’s stories of private villas and yachts, and signs up. The army teaches her a thing or two about life and gives her a nemesis, Eileen Brennan as Captain Doreen Lewis, who won a Gloden Globe and was nominated for an Oscar for her role. It’s not terribly deep or anything, but Hawn is able to walk the line between being obnoxiously entitled and adorable with a character who is a lot smarter than people give her credit for. This isn’t a movie I’d care to see remade, but I’ve heard a rumour they’re going to anyway, with Anna Faris in the lead role. Sigh.