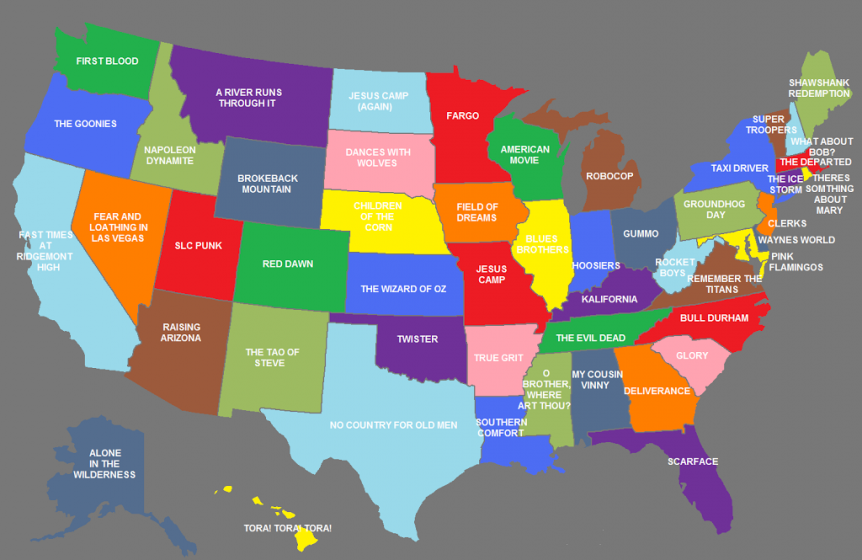 Someone sent me this little gem over the intertubes and I just had to share it. It’s a map of the United States with every state represented by a film that is set there.

Also notable are the films listed that weren’t filmed in their stated location…or even in the United States. At a glance I can count two: First Blood (filmed in Hope BC); and Brokeback Mountain (filmed in Alberta). Anyone care to share others that they notice?