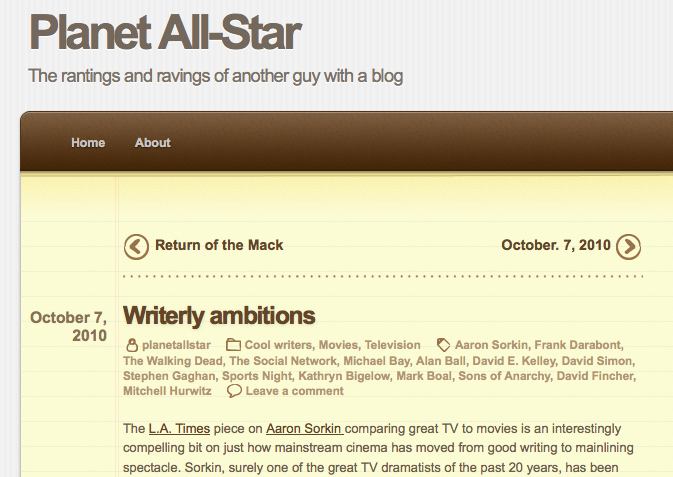 October 11, 2010 flawintheiris
The IMDB pointed me to this story, which is an interesting post on why TV is a writer’s medium, much more than movies are these days. I don’t think I agree with everything this fellow says… his examples—Stephen Gaghan, David E. Kelly, Frank Darabont—they’re far from what I’d call the cream of Hollywood’s literati, in film or TV. In their resumes you’ll find examples of good work, but they’ve also done their share of crap (Gaghan’s Abandon, anyone?), which I think weakens the point being made. That said, it’s an interesting point, and it reminds me I should start watching Boardwalk Empire.